Gasoline prices not expected to spike as high this summer

Nancy Pistorius - Special to the Journal-World 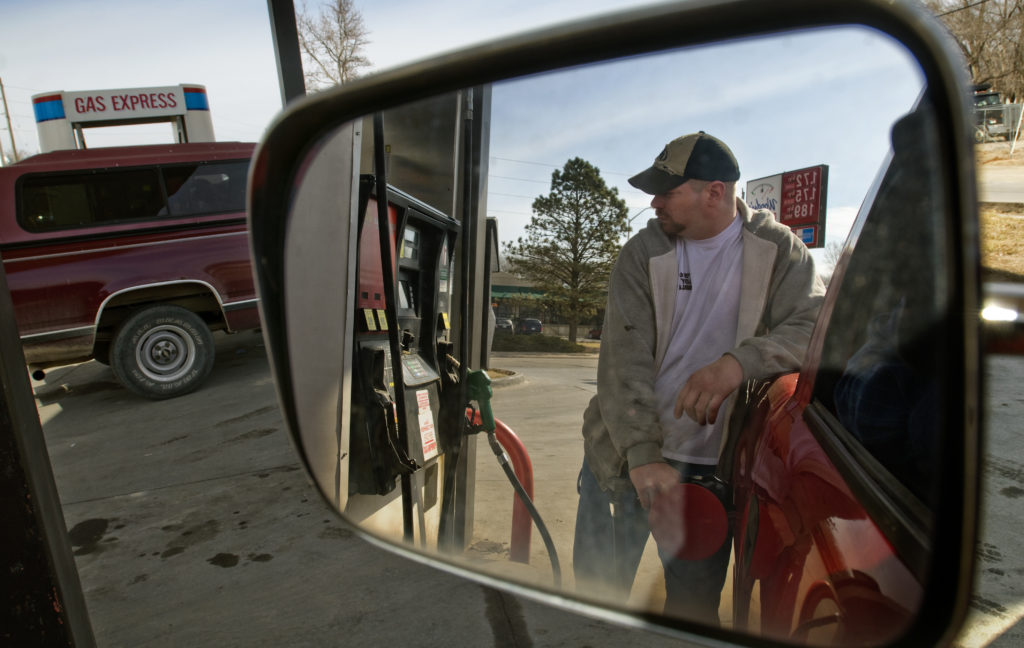 Jason Smith fills up his car with gasoline at Woody’s Gas Express in North Lawrence. Gasoline prices are expected to climb this summer but not to last year’s record highs.

So what can be expected this summer, as families plan — or don’t plan — vacations?

Richard Haig, owner of Westside 66, 2815 W. Sixth St., doesn’t think there will be another spike like last summer.

“Historically, gas prices always go up as we hit Memorial Day and into the summer,” Haig said. “As far as the prices going up to $4 per gallon like they did last summer, I don’t really see that happening again. I don’t think the economy could handle it. I think people will be staying closer to home, because they don’t have the big budgets for vacations this year.”

The Energy Information Administration, the U.S. government’s energy statistics source, says gasoline prices are expecting to average $1.96 during 2009, though the agency says prices could be “significantly higher” at some point during the spring or summer.

“I do think that travel will be down, but I don’t know if people will actually be driving more and just cutting out air travel,” he said. “We may even see an increase in people driving, as they cut out the really big, expensive vacations.”

But the U.S. Department of Transportation released new data in February showing that Americans’ trend of declining driving has continued into its second year, and the consecutive 14-month drop tops 115 billion miles:

• The West region — a bloc of 13 states — experienced the biggest traffic volume decline, compared to December 2007.

• And despite the overall national decline, 17 states (including Colorado) actually posted slight increases — the first increases identified since August.

James Hanni, executive vice president of AAA Kansas, says as of March, crude oil is at its highest level in two months, at about $47 per gallon. But the average retail price of gasoline was $1.95.

“Because of the economy, the industry just isn’t ready to breach the $2 per gallon level, even though wholesale gasoline numbers suggest that higher prices could be around the corner,” Hanni said in March. “Reformulated gasoline traded today at about 10 cents per gallon higher than it had been recently. It’s interesting, though, that global security issues haven’t been able to rattle the oil markets as they have in the past.”