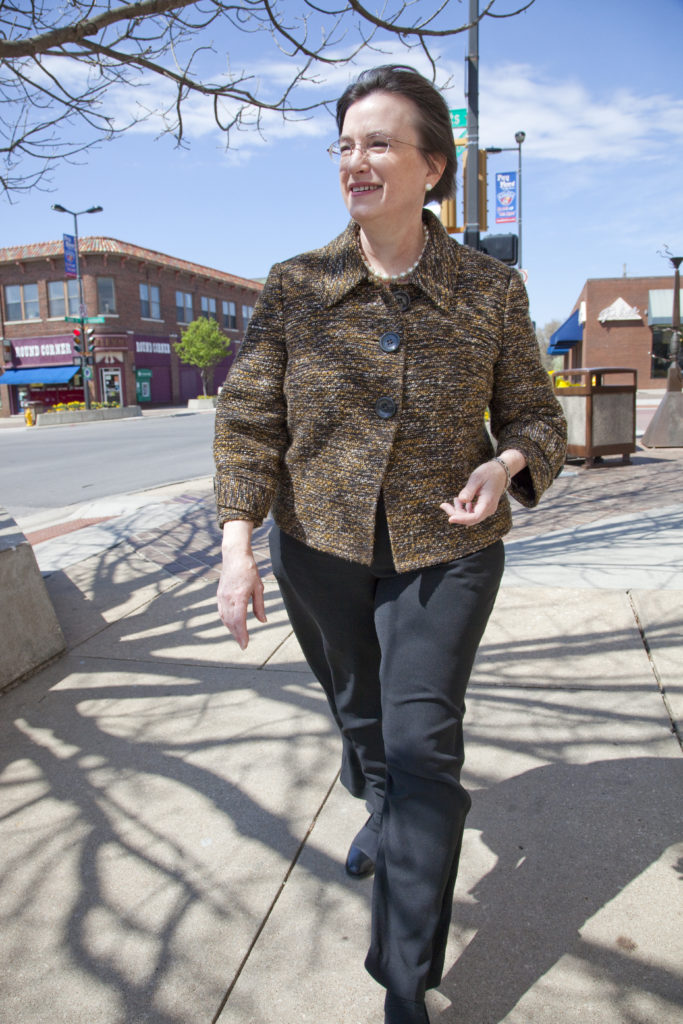 Kim Gandy, director of the National Organization for Women, spoke at the Dole Institute of Politics Wednesday as part of a new lecture series in memory of slain KU student Jana Mackey.

Kim Gandy, the president of the National Organization for Women, said she was the one who was honored.

“Jana was an incredible, amazing young woman who has left a legacy for so many people who come after her,” Gandy said, “and I hope to inspire some people to follow in Jana’s footsteps and really work to make change.”

The lecture series was a collaborative effort, created to honor the life of Mackey, a Kansas University law student and an avid women’s rights advocate, who was found murdered inside her ex-boyfriend’s home on July 3.

“Jana dedicated her life to pursuing social justice and equality for women,” Emily Taylor Women’s Resource Center program director Kathy Rose-Mockry said. “There is no better way to honor Jana’s life’s work than by continuing to raise awareness and encourage others to ‘carry the torch’ related to those issues Jana was most passionate about.”

Gandy’s main message for the crowd that packed Wednesday night into the Dole Institute of Politics was that there is still a lot of work to do to achieve one of Jana’s main goals: Equality for all.

Gandy said some of the biggest issues women face today include pay equity and job segregation.

Gandy said getting more women into leadership roles is something we, as a society, need to address.

But the issue that was on everyone’s mind, given Jana’s tragic death, was the issue of violence against women, something Gandy called “an epidemic.”