Behind the lens: Lawrence optometrist, retailers offer tips to pick out sunglasses 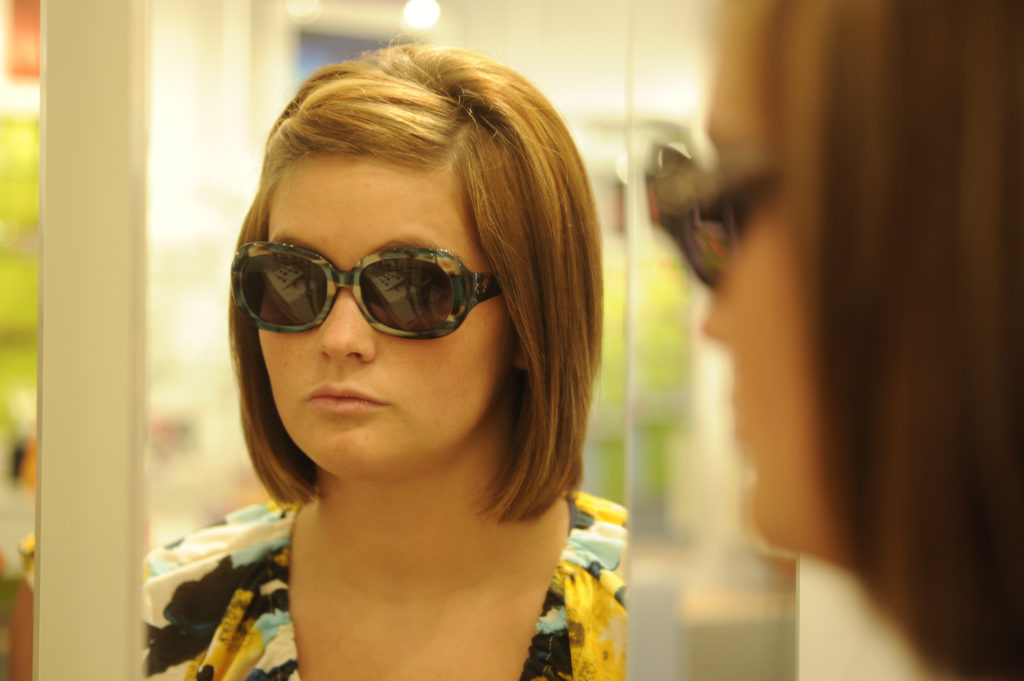 Most celebrities wouldn’t be caught dead outside without this accessory: big sunglasses.

And there’s an upside to that particular trend.

“The style right now is to get bigger sunglasses, which is good, because bigger glasses offer more protection,” says Mike Willoughby, owner of Wink Eyewear, 806 Mass. “But with big glasses come some ‘fit’ issues. The biggest mistake some people make is to buy sunglasses just for looks, without making sure the frame fits their nose, and not their cheeks. Sunglasses that are in style are definitely larger, but ‘large’ is different from face to face.”

Willoughby has been the owner of Wink for a little more than three years.

“My big thing is, good quality will last forever,” he says. “Sunglasses should be right on the fringe of style, so that they’re timeless.”

Aston O’Connor, a manager at Kieu’s Inc., 738 Mass., says that sunglasses “are just bigger this year. We have them in black, brown and white.”

“Well, you shouldn’t buy $10 sunglasses,” Willoughby says. “But 90 percent of the sunglasses out there have good UV filters.”

“A federal mandate from the ’90s ensures that sunglasses must have a specific base level of UVA and UVB protection,” Lenahan says. “So all over-the-counter sunglasses have a certain amount. Most prescription eyewear is going to have more UV protection, because tinting of the lens decreases the intensity of the sun.”

The Etc. Shop, 928 Mass., has been selling lots of sunglasses since the ’80s, and owner Linda Lester sees “the styles that were popular then becoming popular again.” Those include Wayfarers, Aviators and Clubmasters.

“We carry lots of brands — Ray-Ban, Brighton, DKNY, Anne Klein and Revo,” she says. “Some of the Ray-Bans have polarized lenses, which is a really good way to go for protection.”

As far as style goes, Lawrence retailers say bright colors are in. But there is a line when it comes to flashy sunglasses.

“Sunglasses have been really big on the coasts for a while but now are starting to get popular in the Midwest,” says Megan Garren, manager of The Spectacle, 935 Iowa. “People here were a little timid about trying the big ones at first. … Customers are not so much into rhinestones and little jewelry on their frames, but they still want to have the name-brand logo or decal on the side.”