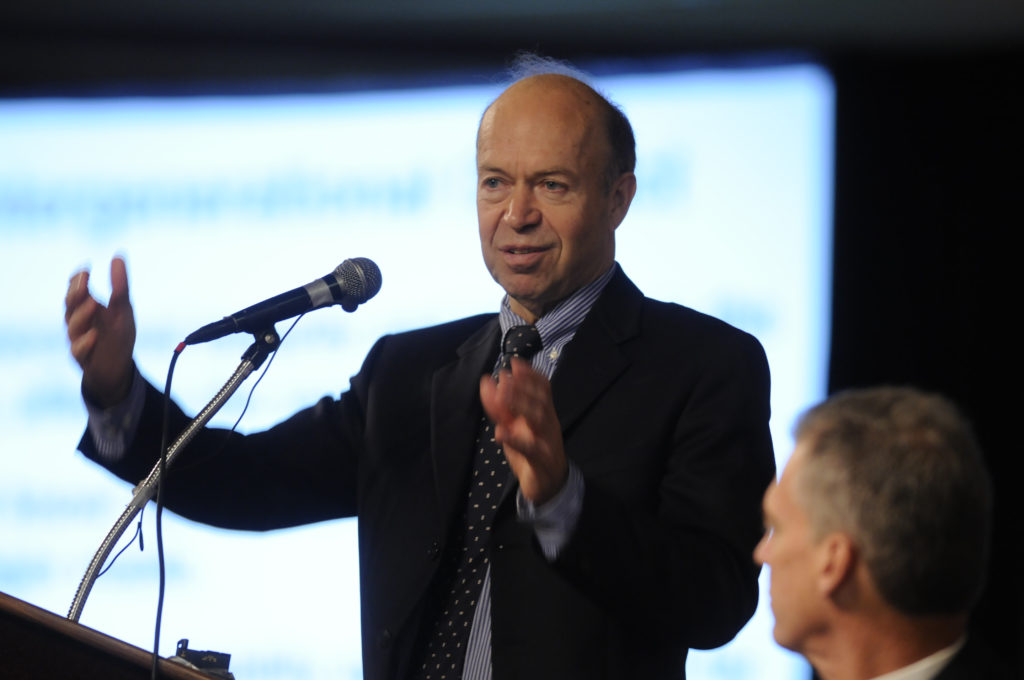 James Hansen answers questions from the public about global warming on Tuesday at the Kansas Wind and Renewable Energy Conference in Topeka. A capacity crowd filled the Ramada Inn to hear Hansen, one of the nation's foremost climate experts, explain climate change and the factors that raise temperatures on Earth. In the foreground is Kansas Lt. Gov. Mark Parkinson. 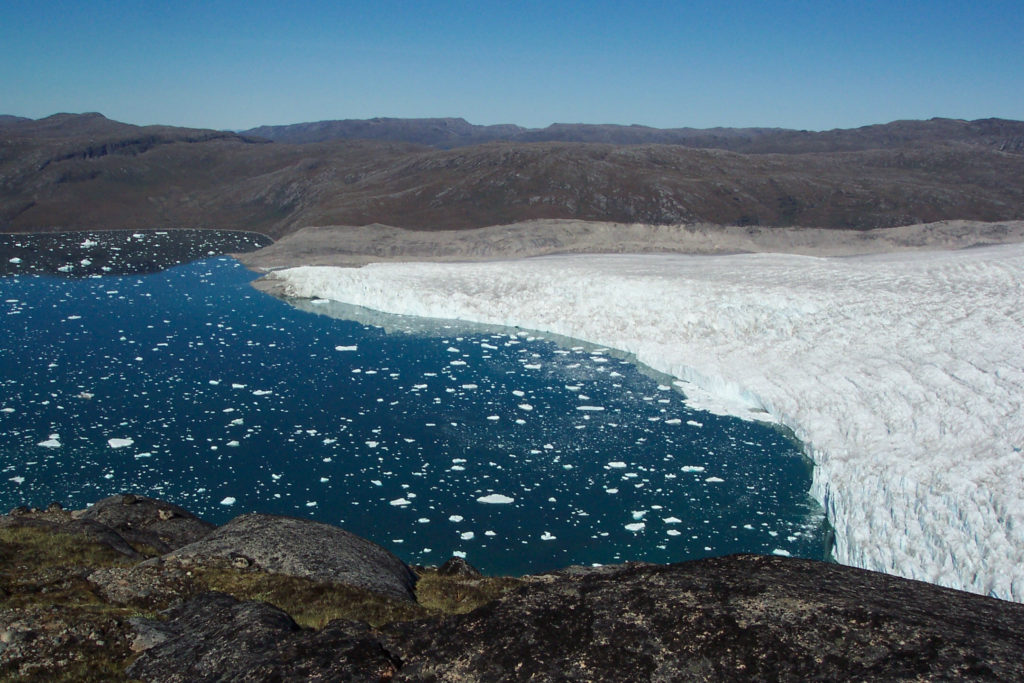 As sea level rises because of melting ice sheets like this one in Greenland, so do the risks to the more than 1 billion people living in costal areas around the world, warns James Hansen, of NASA's Goddard Institute for Space Studies.

TOPEKA ? One day after a scientist told Kansas leaders not to worry about global warming, one of the leading experts on climate change stated Tuesday that if carbon dioxide emissions continue to increase it will eventually mean the end of life.

“If we don’t get this thing under control we are going to destroy the creation,” said James Hansen, who heads the NASA Goddard Institute for Space Studies and was one of the first scientists to raise the alarm about global warming in the 1980s.

Speaking to more than 500 people at the Kansas Wind and Renewable Energy Conference, Hansen called for policymakers to phase out coal-burning power plants by 2030. This will reduce carbon dioxide emissions that he said have already caused serious and possibly irreversible damage to Earth.

“We do have a planetary emergency,” Hansen said.

Hansen said some scientists claim global warming is part of a natural climate cycle by pointing to past eras of higher temperatures.

But Hansen said the CO2 increases over the past few decades have been caused by humans burning fossil fuels, such as coal, oil and natural gas. Along with the increase in CO2 have come dramatic temperature shifts and environmental distress signals, such as the melting of glaciers, rising sea levels and expansion of deserts, he said.

“Humans are now controlling the mechanisms for climate change,” he said.

He said many energy companies try to confuse the issue in the public’s mind and are successful because some of the environmental changes take decades to detect. He accused those fossil fuel companies of being guilty of “crimes against humanity and nature.”

Hansen said the increase of CO2 must and can be reversed. In addition to removing coal-burning electric plants, he called on increased use of renewable energy and nuclear energy.

On Monday, research scientist Roy Spencer, who wrote “Climate Confusion,” said at a Kansas Chamber of Commerce event that burning fossil fuels wasn’t the cause of climate change, and that even if it was, the environment would be able to absorb the changes.

But Lt. Gov. Mark Parkinson, who introduced Hansen at the renewable energy conference, said, “The overwhelming amount of scientific evidence is that climate change is real and we have reached a point that if we don’t do something about it, future generations will be adversely affected.”

Parkinson said businesses that deal with climate change will be the ones that thrive.

“Companies that will survive the next 10, 20, 30, 50 years are companies that recognize these changes are taking place and will take advantage of them,” he said.

Hansen called on the United States to take the lead in reducing CO2 emissions, noting that it has produced the most. He said at some point humans will have to do without fossil fuels because there is a finite supply.

“Why not do it a little sooner and save the planet in the meantime?” he said.

“At least you have leaders who are trying to do the right thing,” he said.