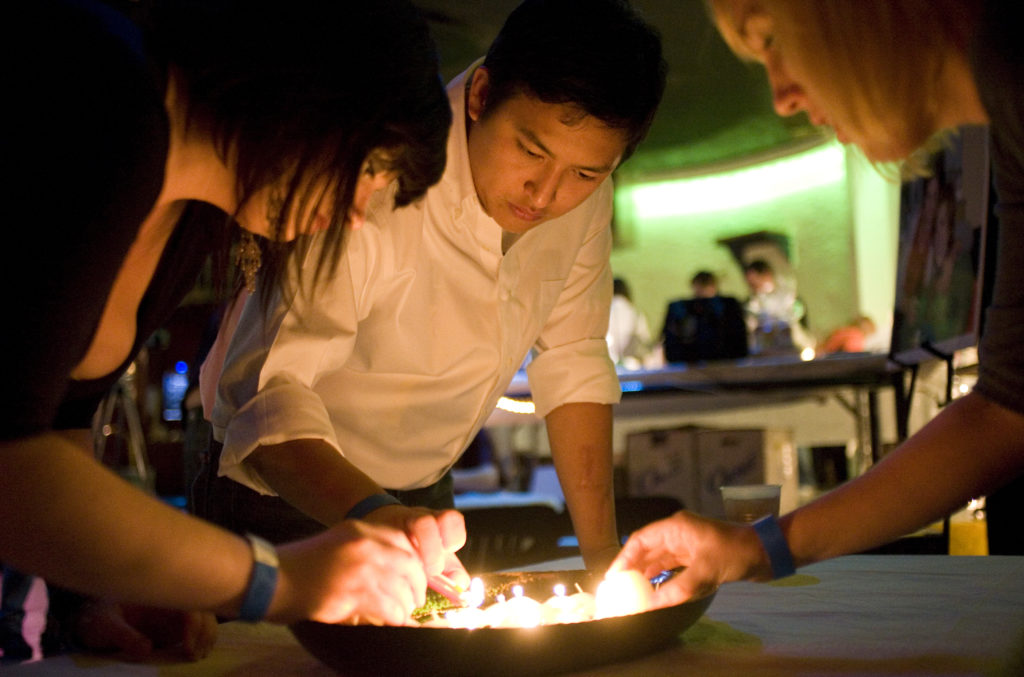 Amid the people running around The Granada on Thursday night trying to put things in place, Steph Mott, Lawrence, knew Jana Mackey would be proud.

“A frosty brew in hand and a room full of do-gooders and good people,” said Mott, one of Mackey’s friends. “Doing something well and having a good time. We’re doing it very much in her style.”

It was a benefit in downtown Lawrence to kick off the Eleven Hundred Torches campaign to honor the slain Kansas University law student’s service to others.

Her parents hope Thursday’s event was a start to what will become a national campaign to encourage service to others.

Mackey, who was found murdered inside her ex-boyfriend’s Lawrence home in July, was a well-known advocate for women’s rights and against domestic violence.

Mackey’s mother, Christie Brungardt, from Hays, said the night was to help raise awareness and let others record stories about serving others.

“The third is to try to raise funds so we can take Eleven Hundred Torches beyond Lawrence, beyond Kansas, but take it to the national level,” Brungardt said.

Hundreds of people attended the event at the theater, 1020 Mass., where musicians performed and a silent auction took place.

The Brungardts also gave a presentation about the campaign, which they named after the 1,100 people who packed Mackey’s funeral on July 9.

Others were able to record their own stories on video about how they served others. The goal is to get 1,100 people to share in video, audio and print, and then to expand it nationally, Mackey’s parents said.

“We hope that those stories will motivate others to action, and in a small way we want to change the course of history,” said Curt Brungardt, Mackey’s stepfather. “We really want a more just world, and we think that through this campaign we might get there.”