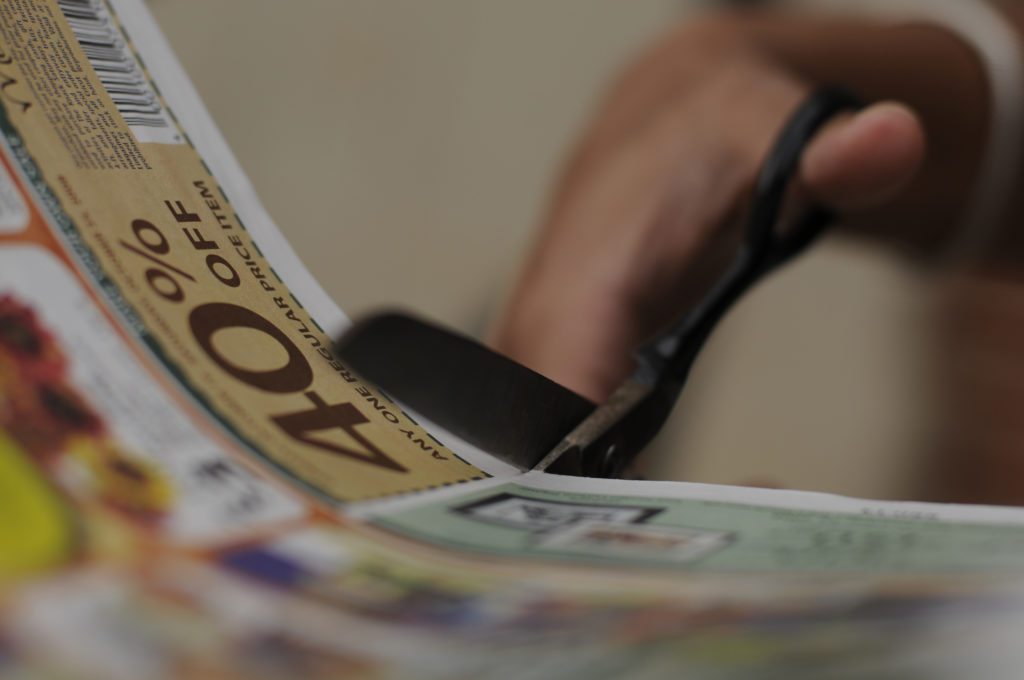 Tips for saving money at the grocery store from Dennis Rosen, associate professor in Kansas University’s School of Business:¢ Look for sales. Combining sales with coupons can increase savings.¢ Avoid shopping for food on an empty stomach when it’s more tempting to buy more food and shop impulsively.¢ Join loyalty programs, which may involve discounts and coupons for members.¢ Buy in bulk if large amounts are useful and there’s space to store the bigger items.¢ Buy store brands rather than national brands.

As the economy sags, Lawrence couple Heather Garcia and Colin Van Overschelde feel the strain on their finances.

They’ve cut down on dining out and going to bars. At the grocery store, they buy generic brands. They clip coupons.

“Whatever we find that we need, we clip,” Garcia says.

As the economy sours, many people may turn to coupon clipping, says Dennis Rosen, associate professor in Kansas University’s School of Business.

“As people find themselves more squeezed, they’re going to look for ways to save money, and coupons are a way to save money,” Rosen says.

Garcia combs the newspaper for coupons on such items as shampoo, air freshener and dog food.

KU student Brad Foster gets coupons in his e-mail inbox. He uses them for discounts on clothing or other items he wants.

“It probably takes a good 30 minutes to file everything away and get rid of all the stuff that’s expired that I didn’t use,” she says.

But Ledbetter says her efforts pay off. She saves about $10 per trip to the grocery store, she says.

Rosen says manufacturers and business use coupons for several reasons: to introduce new products, to clear old versions of a product from stores and shelves, and to break consumers’ habits and cajole them to switch to a new brand. Manufacturers also put out coupons to increase sales during a certain period, such as for stuffing around the Thanksgiving holiday.

He says, generally, there are two groups of people who are heavy coupon users – those who are price sensitive and need to save money to get by, and those who may not have the financial need, but who find pleasure in the process of finding bargains and getting goods at cheaper prices, Rosen says.

Coupons can save money, but they shouldn’t be a consumers-only strategy. They also should look for generic brands.

“The peas of the store brand may not be quite as green or quite as plump,” Rosen says, “but they’re still just as nutritious, and it’s going to cost you less money.”