Lost language comes to life on screen in new movie 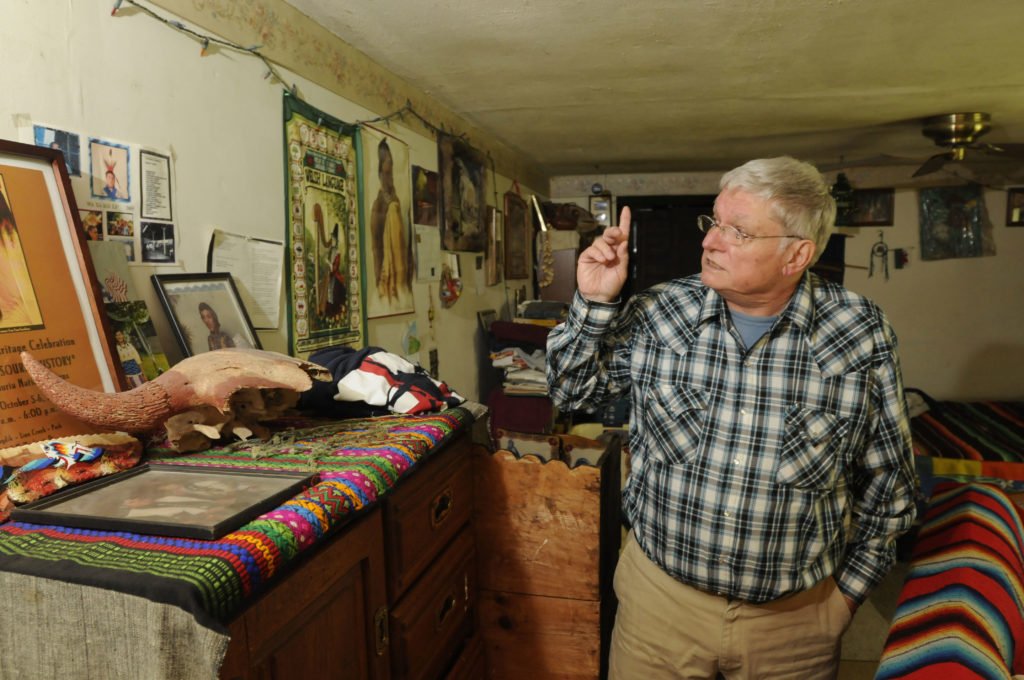 Jimm Goodtracks is a fluent speaker of Ioway, a nearly lost American Indian language. Goodtracks, pictured on Wednesday in his North Lawrence home, assisted filmmakers in the making of Lost 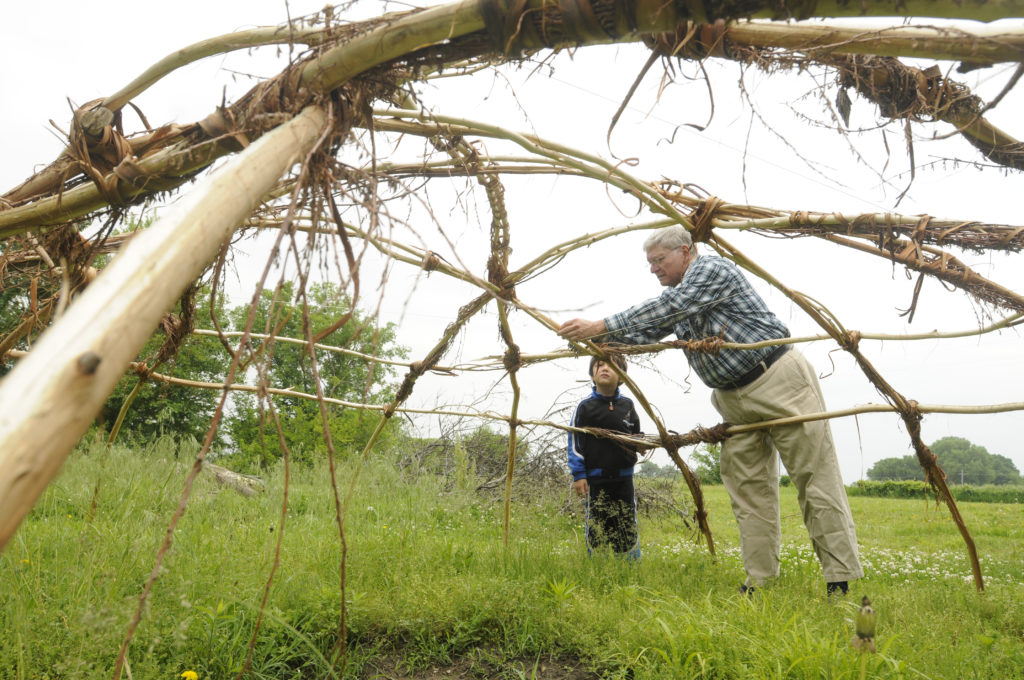 Goodtracks removes a piece of string from the skeleton of his family's lodge behind his home in North Lawrence as his grandson, Sage, stands nearby.

Screening of ‘Lost Nation: The Ioway’

Discussion: Lawrence resident Jimm Goodtracks will join other film producers and participants in a Q&A after the screening.

When Jimm Goodtracks speaks to his grandson at home, it’s usually in Baxoje, a language that is nearly extinct.

Goodtracks has written two books on the language and is working on an unabridged dictionary on it.

He sees the 3-year-old boy as another way to help keep it alive.

“Younger people don’t know this stuff,” Goodtracks says. “They’re getting away from things.”

That’s a concern for Lawrence resident Goodtracks and other members of the Ioway nation, who are the namesake for the state of Iowa despite being largely removed from there in the 1830s.

But tribal members are seeing a resurgence in interest in their Iowa roots – and residents of Iowa are rediscovering an interest in the tribe – thanks to a new documentary featuring the culture of a people struggling to maintain their heritage through the years.

The title of the film – “Lost Nation: The Ioway” – refers mainly to the fact that the people of Iowa don’t know the history of their state’s name. But it also refers to a bond that has been lost among Ioway people – a bond people such as Goodtracks hope to rediscover.

“There are some beautiful things getting lost,” he says.

The film is the work of Kelly and Tammy Rundle, who live in Moline, Ill. They pursued the project at the request of an Iowa historian who mentioned that many Iowans didn’t know the history of their state’s name.

Briefly, that history is this: In 1824, two Ioway brothers traveled to Washington, D.C., to meet with William Clark, superintendent of Indian Affairs (and of Lewis and Clark fame). Brother White Cloud saw cooperation as the only way for his people to survive, but brother Great Walker regretted the loss of land where his ancestors are buried.

The tribe lost a large portion of its territory under the treaty that was signed. Eventually, the Ioway people were divided, with some seeing one brother as a traitor and the other as a patriot.

Today, the Ioway people are scattered across the country, though concentrations live on reservations in White Cloud, near the Nebraska border in Doniphan County, and near Perkins, Okla.

“There are lots of pieces of the story scattered all over various places,” says Kelly Rundle.

That made telling the story a challenge.

The filmmakers found help with the 65-year-old Goodtracks, a retired social worker who has lived in Lawrence since 1991.

He grew up in Oklahoma, hearing his Ioway elders speak Baxoje, the language of his people. But it wasn’t until he graduated from Oklahoma State University and moved into a job in southern Colorado – where he learned to speak Spanish – that he appreciated being bilingual.

“I thought, ‘Geez, if I’m going to talk Spanish, I might as well write down my own language,'” he says.

That sparked an interest in creating the first Baxoje dictionary, which was published in 1977. He followed it with another book on the language a few years later.

Since then, Goodtracks has been working on an unabridged dictionary on his people’s language, assisted with grants from his tribe and the Kansas Humanities Council.

“It’s really consumed most of my life,” he says of his pursuit to document the language.

Those in the tribe have noticed.

“The concern over losing language – that’s a big concern,” says Alan Kelley, vice chairman of the Ioway Tribe of Kansas and Nebraska. “If we don’t get something going, it will disappear.”

Goodtracks also is working on an alternate Baxoje audio track for the upcoming DVD for “Lost Nation,” which is due out in spring of 2009.

He says he’s one of around six “semi-fluent” speakers of the Baxoje language.

But Kelley and others involved with the tribe give Goodtracks credit for helping keep the language alive.

Now that he’s retired, Goodtracks hopes to do his part to keep the Baxoje language alive, which he says is a big part of keeping the Iowa culture alive.

He’s hoping the “Lost Nation” film can do its part, too.