Ms. Wheelchair Kansas to speak out on disabilities 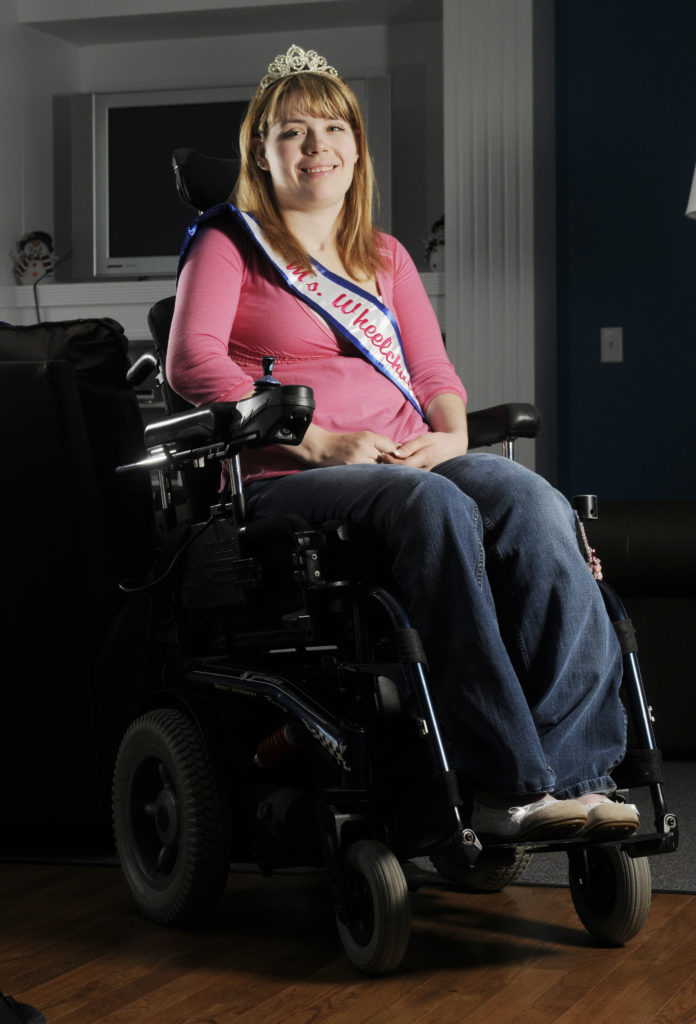 When Amanda Steiner reflects on how her life has changed since an automobile accident left her quadriplegic, she comes up empty.

The Kansas University graduate last weekend was crowned 2008 Ms. Wheelchair Kansas, a title that will make her a spokeswoman for people with disabilities. The contest has run for four years in Kansas. Steiner is the third titleholder from Lawrence.

Winners make appearances at public events, meetings and the state Capitol. They also advance to the national competition, which this year will be in Washington, D.C., in July.

“I’m excited, and I’m kind of nervous,” Steiner said of the job ahead of her.

Originally from Marion, Steiner suffered a spinal cord injury after being struck by a 14-year-old driver. The accident occurred when she was 14. Steiner spent time at a rehabilitation clinic in Colorado before returning to school.

She describes her high school years as pretty typical.

“I think it was as normal as it would have been otherwise,” she said.

Steiner graduated from KU in December. She has applied to law schools and a master’s program in industrial organizational psychology.

“She’s young and she’s vibrant,” said Carrie Greenwood, state coordinator for the Ms. Kansas Wheelchair contest. “I think she’s ready to go out there and do a lot of things.”

Greenwood said the competition aims to empower participants, educate the public and advocate for people with disabilities.

“We are people with disabilities, but we’re not that much different from anybody else,” Greenwood said.

On Steiner’s to-do list so far is an appearance in the Lawrence St. Patrick’s Day Parade and a visit to the Capitol for Independent Living Day later this month. She also must raise funds to pay for her trip to the national competition, her first trip to Washington.

“I’m sure it’ll be overwhelming,” Steiner said, “but I’m excited.”