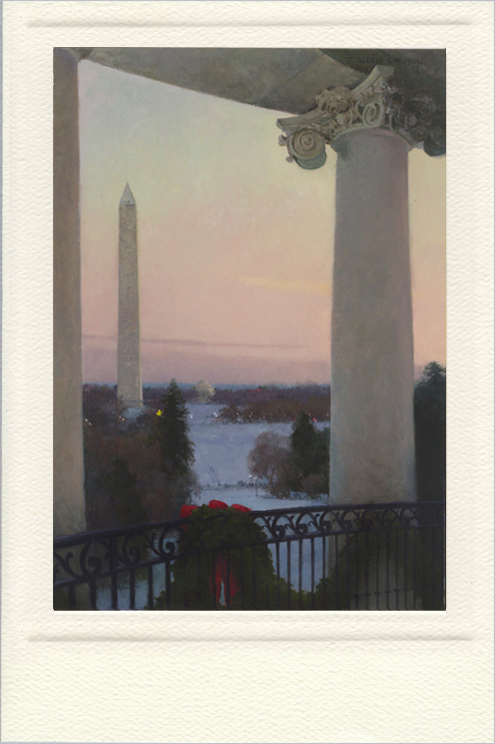 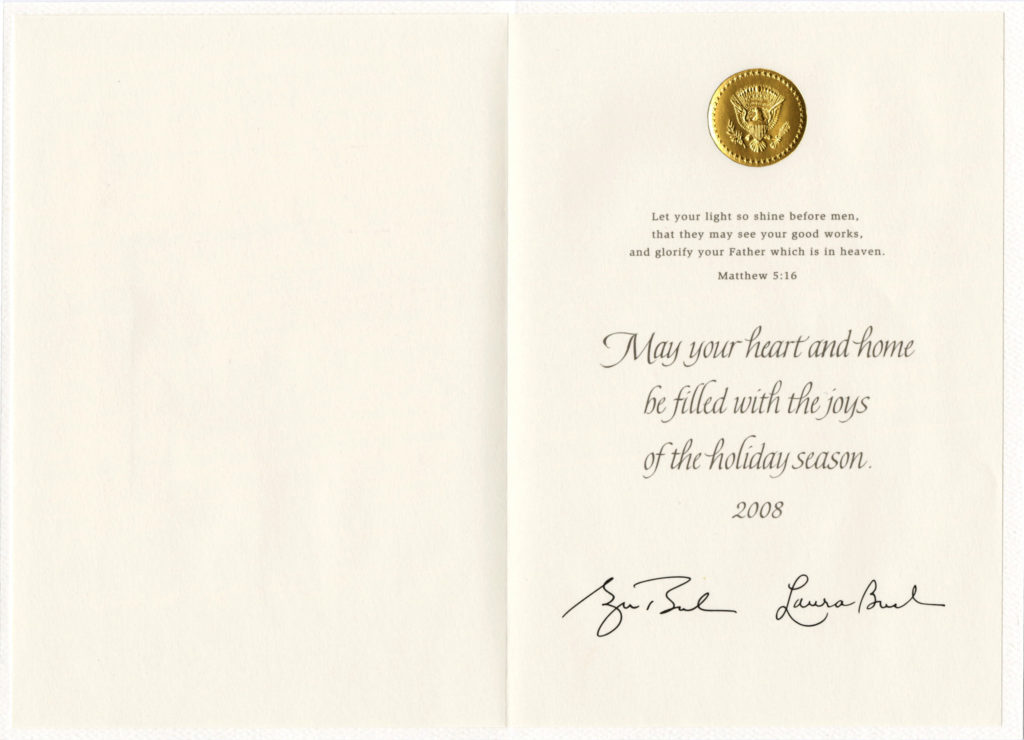 The inside of the 2008 White House holiday card, produced in Lawrence by Hallmark Cards Inc. 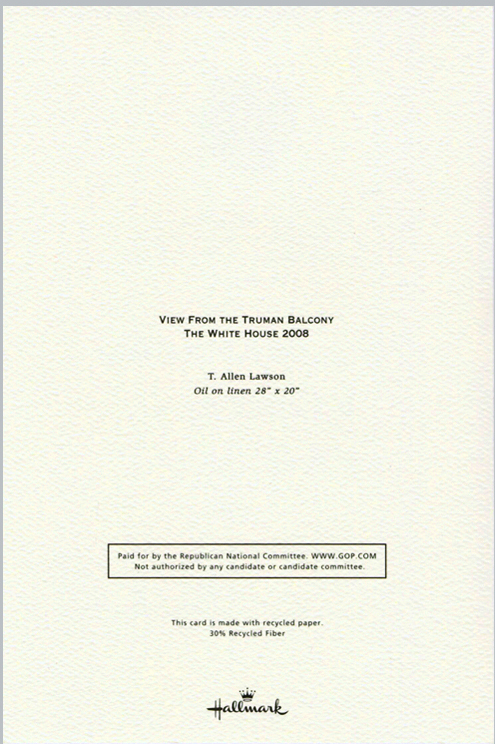 The back of the 2008 White House holiday card, produced in Lawrence by Hallmark Cards Inc.

Workers at the Hallmark Cards Inc. production center in Lawrence have put their stamp on the latest, and last, official Bush family holiday greetings from the White House.

The production center, 101 McDonald Drive, printed the company’s 41st edition of an official White House holiday card, to be sent to foreign dignitaries, friends, family and others associated with the first couple.

The president and Laura Bush plan to send out 1.25 million cards, printed for the first time on recycled paper.

“I am pleased that Hallmark was chosen by the Bush family to continue the important tradition of sending holiday cards,” said Cindy Mahoney, Hallmark’s presidential card project leader, whose work on the project began in July. “More than ever, people will find comfort and reassurance receiving cards this holiday season with messages of peace, love and appreciation.”

The decision to use recycled paper came from the Bushes, whose card last year included some recycled fibers.

“This is their effort to continue to go green, or make changes that will help the environment,” said Deidre Mize, a Hallmark spokeswoman. “I know it’s an important issue for everybody, including the White House.”

This year’s card, like last year’s, features art as a tip-on on elegant stock, only this time with a debossed (indented) instead of a deckle (raised) edge. The card once again features an embossed gold foil presidential seal on the insert page.

For the front of the card the Bushes selected a painting by T. Allen Lawson, featuring a view of the Washington Monument and Jefferson Memorial from the Truman Balcony of the executive mansion. Inside is a Bible verse from Matthew and a personal message:

“Let your light so shine before men, that they may see your good works, and glorify your Father which is in heaven. Matthew 5:16

“May your heart and home be filled with the joys of the holiday season.”

Hallmark has been making holiday cards for presidents since 1953, when Dwight Eisenhower commissioned the first official White House Christmas card. This is the 41st official card made for the White House by Hallmark, which has 750 employees working at its Lawrence center.

Production of the card is financed by the Republican National Committee.