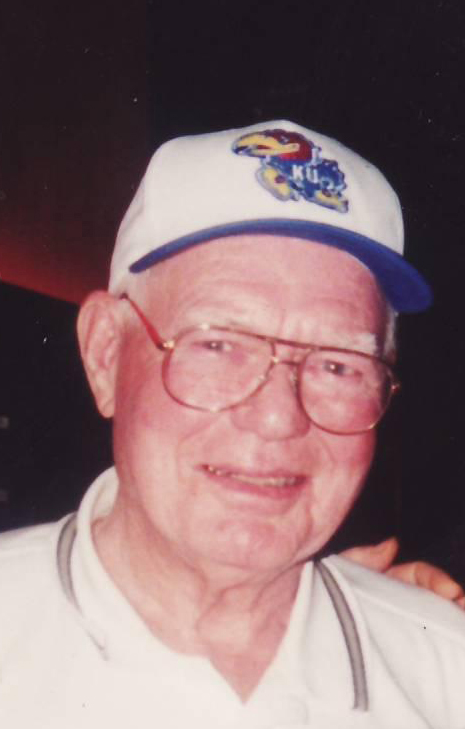 With a genuine smile and zest for life, John T. Weatherwax made people from “all walks of life” feel comfortable, his family and friends said.

Whether people met him while he was serving as city commissioner or mayor in the 1950s and ’60s, as an accountant or when he was singing or playing his trombone in the Lawrence City Band at South Park or with his Junk Yard Jazz band at the American Legion, it was evident he was a special person.

“I think everybody that met John came away with a great impression that he’s a man that cared about a lot of people,” said Marty Pattin, 65, Weatherwax’s son-in-law.

Weatherwax died Friday at Pioneer Ridge Retirement Community, leaving behind numerous family members and friends he touched in his 87 years.

“When he met you he just wanted to know you, and once he made a friend with you … he just made you feel like you were as important as anyone he met on this earth,” said friend Dobie Morris, 51.

Weatherwax never missed a beat, was always “on the go” and lived life to the fullest. Herbie Weidensaul, 80, a former co-worker, longtime friend and golf partner, said, “He was just a John Weatherwax.”

“He just absolutely loved life. … He just did everything with such a passion,” Weidensaul said.

Morris noted Weatherwax’s passion for jazz; he “really came to life” through his music, she said.

Pattin and wife, Joy, Weatherwax’s daughter, never missed a Thursday night at the Legion after Weatherwax made a jazz fan out of him, Pattin said.

Foster’s fellow musician and friend Clyde Bysom, 90, with whom he played in both the City Band and Junk Yard Jazz, said Weatherwax had a “wonderful stage presence and voice.”

They would travel together to play with the Kansas University Alumni Band. Weatherwax was an original officer of that band.

The times were rare he wasn’t playing his trombone, but Robert Foster, conductor of the Lawrence City Band, professor of music at KU and assistant chairman of the music and dance department, said Weatherwax was “so much more important to this community than just a musician and person in the entertainment business.”

“He was a great friend to KU, one of the most loyal alum you could have,” he said.

Reliability was also a great asset of Weatherwax, Foster said.

“When there were things that needed to be done, you could count on John to get it done. Period,” he said. “When it came to volunteering, John was always willing to give of his time, a really gracious, wonderful man.”

Bysom said that as a public servant, Weatherwax was “a great mayor” and he “served the city well.”

“He is sorely missed,” Bysom said.

Weatherwax was part of numerous organizations and musical outlets, but his family was his real treasure.

Morris said when Joy and his son Scott both relocated to Lawrence from California, Weatherwax couldn’t stop talking about them. They would join son David and his wife, Elizabeth June Griesa, in Lawrence.

Morris said he told her, “I’ve got it all around here now. Lawrence is really home.”

“He was just a great dad and a great contributor to the Lawrence society all around,” said Scott, president of Free State Doors.

“He’d say, ‘Herbie, I lay my head down on my pillow every night and I look up and say, ‘No regrets.'”