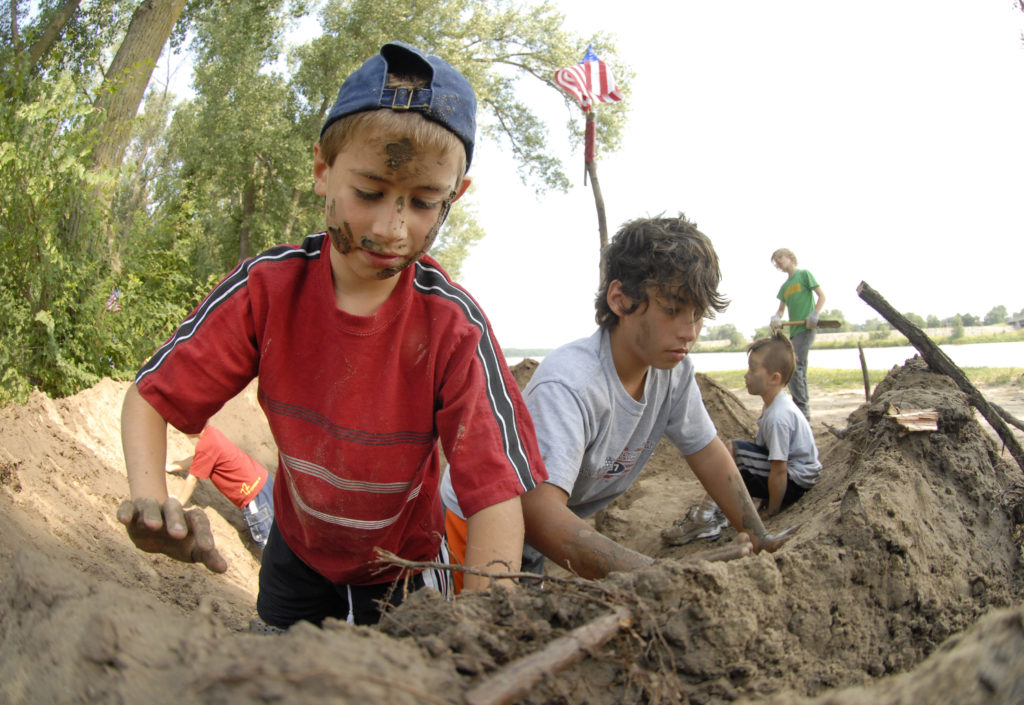 Allen Meyer, 9, left, and his brother, Trysten, 11, pack the sides of a mud fort that they and others built Tuesday along the Kansas River north of Constant Park, near Sixth and Tennessee streets. Lawrence children and their parents joined forces in the morning to re-create the fort, a common structure that pioneers and Civil War-era troops used as a lookout and for security. About two dozen youngsters participated in building two mud forts. 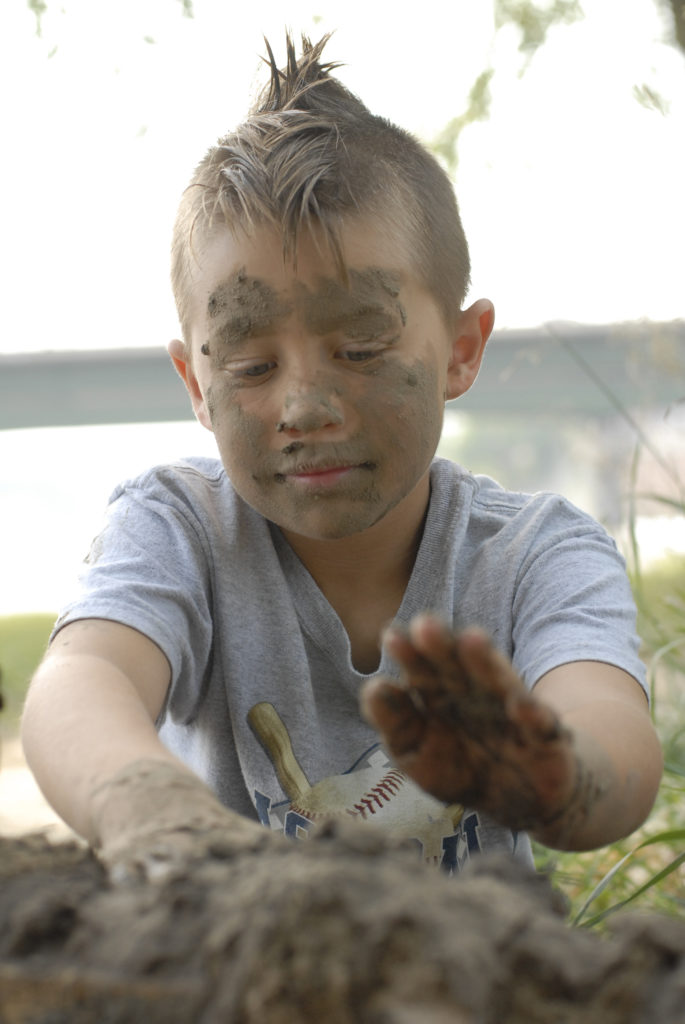 Toby Meyer, 8, packs the walls of the mud fort along the banks of the Kansas River. Toby and his father, Tom, helped to build the structure.

A history lesson got some kids and their parents stuck in the mud.

Mud forts, a line of defense in Lawrence circa 1855, were raised again Tuesday on the banks of the Kansas River.

“You dig a hole and pile up the dirt around the outside of the hole until you’re deep enough and wide enough that you have protection from bullets,” said Jacob Costello, an assistant leader for the activity, which is sponsored by the Lawrence Parks and Recreation Department.

The largest mud fort in Lawrence was at the corner of Sixth and Massachusetts streets. Fort Necessity, also known as Fort Smith, was 5 feet high and 100 feet across. And while the two forts built Tuesday didn’t reach those dimensions, the children managed to get down and dirty during the annual event, which is one of the activities for Civil War on the Western Frontier.

About 15 children dragged their parents through the mud for the day.

“The dads are supposed to pick some dirt up and then begin to build it in,” said 8-year-old Kade Traffas.

Kade is a veteran at fort-digging because this was the second year he and his dad have dug in.

The two mud forts were about 4 to 5 feet deep and about 8 to 10 feet across. Not only did the group members get dirty but they also dug up dirt on a few historical figures.

“We learned about their leaders, like Robinson,” Kade said, referring to Free State leader Charles Robinson.

Nine-year-old Garrett Rademacher also talked about men who ran the forts in the 1850s.

“Mr. Lane was in charge of the biggest one,” he said. Col. James Henry Lane was also a leader in the Free State movement.

The hands-on activity gave the group a chance to re-create a piece of the 19th century. And the only girl in the group traveled from North Carolina to dig herself into a hole.

“(I came) to see my grandmother and build this mud fort,” said 8-year-old Zoe Schroeder. “I like to just have fun with dirt.”

Grimy hands aside, the children enjoyed the time they spent digging in their heels and working on forts.