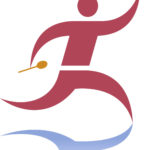 Around 8:30 a.m. Sunday, a long line of runners will be pounding the pavement along the seemingly endless hill that runs south up Mississippi Street to the Kansas University campus.

The long, slow climb will be an early test of the runners, who will be hitting the hill just over four miles into the 13.1-mile Lawrence Half Marathon & 5K.

It’s times like that climb when the runners’ training regimens will probably first be felt, too – the hill work, the endurance runs and the nutrition.

The last piece of the training puzzle – nutrition – is also the last thing many runners think of, says Staci Hendrickson, a registered dietitian and a certified strength and conditioning specialist with Healthy Balance, a Lawrence-based exercise and physical fitness firm.

“One of the most important things that I tell people is that good nutrition needs to start when they start their training,” Hendrickson says. “Because if they’re eating well all through their training, then that’s going to support good training, support them being able to run longer, faster, versus than maybe thinking about nutrition and trying to carb up a week before the event, and they really haven’t been doing much prior to that.

The key, agree Hendrickson and Gina Fisch, a registered nurse and owner of Perfect Balance Weight Management Center, 935 Iowa, is to focus on minimally processed foods during training. Getting the right amounts of carbohydrates, protein and fat is important to make sure the body is in its best working order before race time.

The first thing Fisch asks her clients to focus on is forgoing anything that is heavily processed.

“Whole-wheat pasta would be fine, but you also have to have the fruits and vegetables,” Fisch says. “The closer to (how) Mother Nature made it, the better.”

But what about the drinks, bars and other supplements that are popular these days?

“It depends on the product, because there’s good, bad and the ugly out there,” Fisch says. “Anything that is going to be mainly sugar is going to give you a quick burst of energy, and then you’re going to run out of steam and all the other runners are going to pass you on the side. You need a mix. You need protein, carbs and fat in the mix of the drink or the bar that you’re using.

“Putting some fruit and milk and yogurt in blender is probably a great way to get your drink, (but) I know you can’t do that on the run.”

Hendrickson says that among the athletes she sees in her practice, the ingredient most often missing in the protein-carbohydrate-fat trifecta is carbohydrates.

“I tell them to focus on getting enough carbohydrates. That’s very important. The best sources are going to be more whole carbohydrates, like whole grains, fruits, starchy vegetables – like potatoes, corn, peas – those need to be the foundation of their diet or what they’re eating on a daily basis,” Hendrickson says. “Then they also need to make sure they’re getting enough protein and fat as well. But most Americans get enough protein in our diets, but most of the athletes that I work with I actually find that the carbohydrate is what they’re not getting enough of and that they really need to focus on trying to eat more.”

Why are the athletes missing out? Blame the former low-carb craze, Hendrickson says.

“A lot of people, even athletes, are kind of leery of doing a lot of carbohydrates, even though what the research shows again and again and again is that athletes need more carbohydrates than the rest of us do,” Hendrickson says. “I do think some of it is kind of from the low-carb diet and things like pasta and potatoes getting a bad rap.”

To make sure her clients are getting enough of the right nutrients – and not skimping out on the carbs – Hendrickson recommends small, frequent meals and drinking fluids throughout the day.

“One of the rules of thumb is they need to eat within a half-hour of waking up, and then they need to eat every two hours to three hours after that. It’s kind of eating small amounts regularly throughout the day because sometimes it can be hard to sit down and eat a big meal and then try to go run in a couple of hours,” Hendrickson says.

“If they’re eating smaller meals spread throughout the day, then they don’t have to worry so much about upsetting their stomach and those kinds of things.”

Eating a smaller meal also goes for the night before a race. Fisch says it’s unnecessary to engage in the race-night tradition of downing mountains of pasta. Just a little will do.

“What’s not going into the glycogen stores is going into body fat if you’re eating more than you need,” Fisch says, mentioning the body’s reserves of quick-access energy. “I would say eat a reasonable amount, all in moderation. You can have, if you’re a man, probably a cup or a cup and a half of pasta (is) not going to hurt you, if you’re a female, probably half a cup to a cup. A nice, green, leafy salad is always a great idea.

“Of course, you want a nice red sauce on your pasta, not an alfredo. Could you imagine dragging that around the next day?”