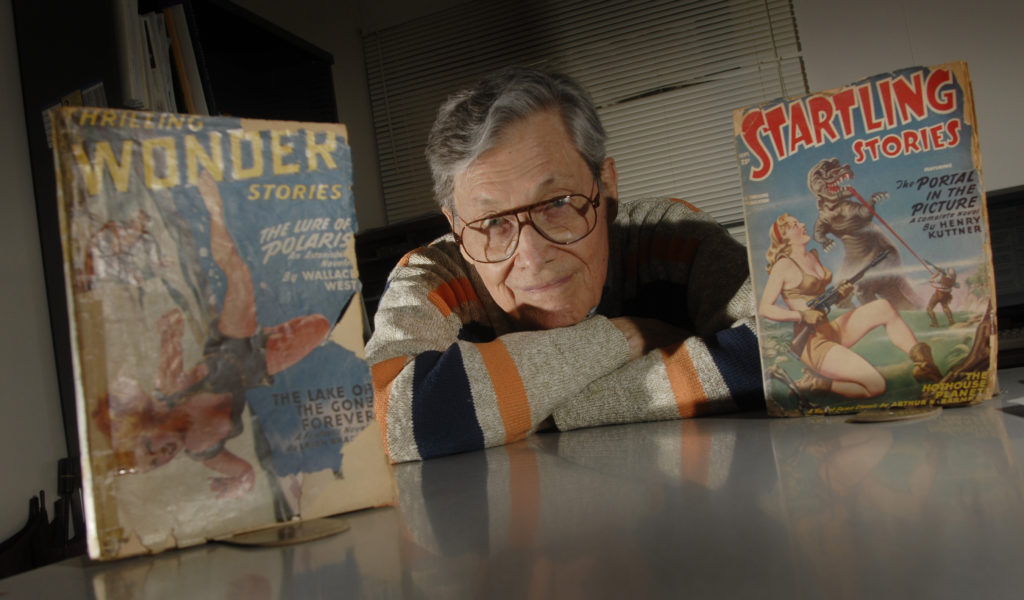 James Gunn, a veteran science fiction author and Kansas University professor emeritus, will read from his various novels and stories at a campus event titled The 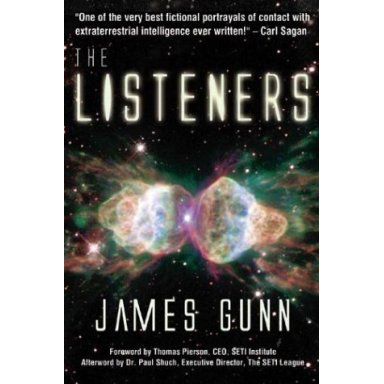 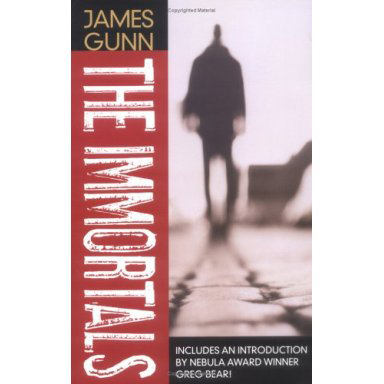 The piece was called “Paradox,” and it involved an inebriated bum who gets abducted by telepathic aliens trying to determine if they should invade the Earth. But the man’s brain is so muddled with alcohol and conflicting thoughts that it drives the aliens crazy. Rather than expose themselves to the contagion of humanity, they decide to depart.

“My wife says it was probably the most transforming experience in our lives when we realized someone would actually pay me to sit in front of my typewriter.”

Harmoniously, Thrilling Wonder Stories is widely regarded as being the publication that first coined the term “science fiction.”

And now at the age of 84, Gunn is considered one of the legendary living authors of science fiction. He has penned 28 books, published more than 100 short stories and seen his work developed for movies and television.

Gunn, a Kansas University professor emeritus and longtime Lawrence resident, will present “The Best of James Gunn” at 4 p.m. today at the Spencer Museum of Art, 1301 Miss. The reading will feature some 20 selections that span his career.

“I wanted things that showed a variety,” he says. “There’s one comic work, another a bit metaphorical. I’m going to end up with a reading from my 1977 novel, ‘Kampus,’ which I thought would appeal to students. It’s about the world students would have made if they’d been successful.”

Gunn will even include selections from his pulp magazine days.

“My first 10 stories I signed with a pen name, Edwin James. That was partly because it was a tradition in science fiction, but also because I had the notion that I wanted to save my real name for the ‘critical work’ I thought of doing,” he recalls.

But by the time his 10th piece was published, Gunn realized this was his “real work.” So he signed his own name to “The Misogynists,” which appeared in Galaxy magazine in 1952. The last page of that story will be the first selection the author will read at Spencer.

Gunn introduced his inaugural science fiction class at KU in 1969.

“I wanted to teach it on a genre basis of how science fiction had gotten to be what it is and what it could become,” says Gunn, a Kansas City, Mo., native and KU graduate.

Since then, his teaching of science fiction has extended far beyond the conventional classroom. One of his most important ongoing contributions is as director of the Center for the Study of Science Fiction.

He says the center provides a focus for programs in science fiction. It also helps organize the influential Campbell Conference, which selects the yearly Campbell and Sturgeon Awards given to science fiction authors. In addition, the center is host to a program called AboutSF aimed at trying to get science fiction into classrooms.

Assisting in the AboutSF duties is Nate Williams, a KU doctoral student.

“As I contact people for AboutSF, I’ve realized something: Everyone who’s done serious work in the science fiction field knows and respects James Gunn,” Williams says.

One of the reasons why KU’s science fiction program is internationally recognized is because Gunn is equally important as both an author and a scholar, according to Williams.

“On one hand, he’s a consistent fiction writer who’s always in print and writing new material. On the other hand, he really changed the way science fiction scholarship looks at itself,” Williams says.

“But the man has many talents,” he says, citing the fact that Gunn is also proud of being an award-winning bridge player. “He’s not just limited to writing brilliant prose set on far-off planets.”

With technology accelerating at an amplified rate, Gunn admits it is sometimes difficult for science fiction writers to be ahead of the curve.

“Both science fiction and science are coming a lot closer together than they once were,” says Gunn, who was awarded the prestigious Damon Knight Memorial Grand Master honor in 2007 by the Science Fiction and Fantasy Writers of America.

“In recent years there is a lot more freedom to speculate, mostly because of particle theory and the discoveries of dark matter and dark energy – none of which can be explained. There are so many things that continue to amaze and surprise scientists at all levels that it’s very hard anymore for people to say we know what’s going on. Thus, there’s a very lively area of speculation.”

Officially retired since 1993, Gunn is still active in a variety of administrative and advisory capacities.

“I like to keep our science fiction programs going until our department can find a replacement, which they’ve been looking for now for 15 years,” he says.

And he continues to crank out work. He’s currently 200 pages into writing a new novel.

“It’s harder now than it used to be, partly because the creative energy isn’t what it used to be. The ability to find the time to sit and work on something – I used to write 10 pages a day, every day for weeks,” he says.

Despite not being as prolific as he once was, Gunn is still courted by Hollywood, although he says, “The amount of things that have to come together in order to make a feature film are almost like the ending of the (KU vs. Memphis) basketball game. It takes a real miracle.”

Even so, Gunn just signed a fresh option for a feature film version of his book “The Immortals.” (The material was previously turned into a 1969 TV movie and subsequent weekly series about a test car driver who discovers he could live forever.)

Physically looking a decade younger than a man in his mid-80s, Gunn is used to hearing how he is the Dick Clark of the veteran sci-fi authors.

He quips: “Isaac Asimov used to tell me ‘The Immortals’ must have been autobiographical.”

In the mid 1980s, Gunn attended the World Science Fiction convention in Anaheim, Calif. There he happened across a panel that included Sam Merwin Jr., former publisher of Thrilling Wonder Stories.

“Afterward, I went up and introduced myself and said, ‘You probably don’t remember, but you bought my first story.’

Then Merwin revealed, “‘It was because anything at all literate popped up out of the slush pile.'”

He adds, “So you never want to get too pleased with yourself.”