New owners of The Raven to update enduring bookstore 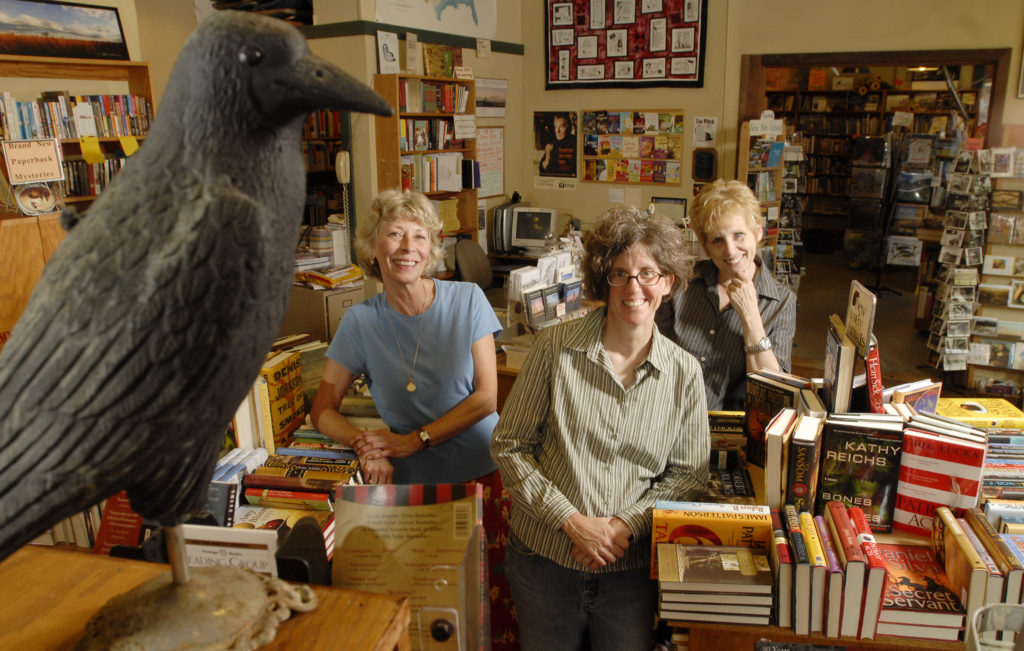 From left, Lee Henry, Kelly Barth and Nora Kaschube are buying The Raven Bookstore, 8 E. Seventh Street. The new shopowners say they are ready for the challenge of operating an independent bookstore in a market filled with Internet competition and major chain retailers. 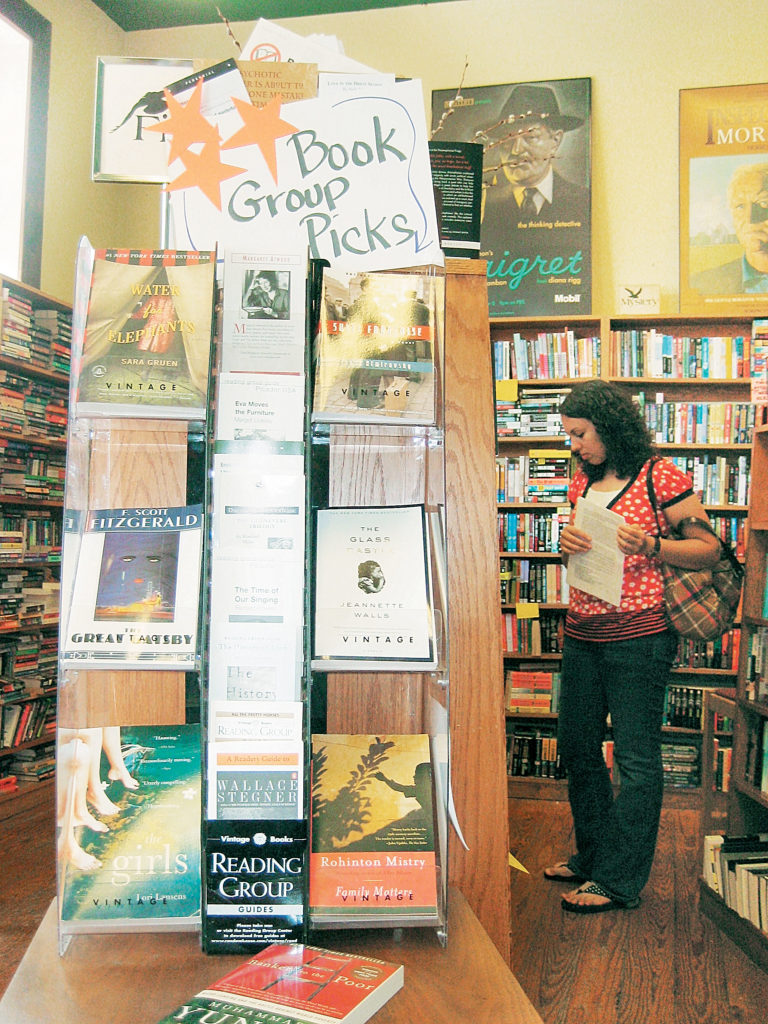 Shoppers at the Raven can take advantage of personal and group recommendations on books they may enjoy.

Just because the economy’s in a downturn, credit is tight and competition on the Internet is stronger than ever doesn’t mean it’s time to close the book on independent bookstores.

Or so say Kelly Barth, Lee Henry and Nora Kaschube, who are opening a new chapter in their lives as first-time business owners – by buying The Raven Bookstore in downtown Lawrence.

“Independents – the ones that have survived – are really learning to adapt,” said Barth, who has worked in the shop for the past 10 years. “You just have to be far more clever than you used to be.”

The new owners hope to take possession of the business on the eve of its 20th anniversary celebration. Founders and current owners Pat Kehde and Mary Lou Wright will join Barth, Henry and Kaschube for a party from 4 p.m. to 7 p.m. Saturday at the shop, 8 E. Seventh St.

Then the real work begins. While The Raven has outlasted a handful of other independents during its two decades downtown, it continues to face challenges that go beyond a national economy whose consumers are engulfed in financial challenges of their own.

Independent booksellers must endure pressure from megaretailers, such as Borders and Barnes & Noble. The Raven has persisted even with Borders opening just down the street.

But Henry, who works as a receptionist at Intervet in De Soto when she’s not shopping at The Raven, said that such operations never could match what the shop she’s buying always has possessed in abundance: knowledgeable, friendly, accessible and community-minded employees who can help a roster of readers become a community of friends.

“However, if you like to visit with people about books, and would like to find out more about authors, and have somebody suggest something that’s just for you, then you go into an independent bookstore.”

Or if you want to see an old-fashioned ordering system that doesn’t rely on a single computer file, you can go to The Raven.

The existing system, in place since 1978, involved 13 boxes of cards, filed in alphabetical order by title. Each card has vital data – author, publisher, number of books ordered – inscribed by hand.

When the number of books on hand dwindles to one for a particular title – and you can tell by checking how many of 81 numbered boxes have been checked off – then it’s time to call in an order.

About the only advantage over computers: When publishers changed this year from 10- to 16-digit International Standard Book Numbers, or ISBNs (think of them as Social Security numbers for books), The Raven didn’t need to pay for the expensive software upgrades that crippled other independent bookstores.

“But we are hoping to transition from the 20th to the 21st century,” Barth said.

Added Kaschube, who lives in Lawrence while working as an institutional bond broker as senior vice president for Chicago-based Mesirow Financial: “We might even leap over it.”

The new owners also plan to update The Raven’s Web site, and start sending out newsletters by e-mail. But the charm of running an independent bookstore won’t be going anywhere, as they intend to continue bringing in local and regional authors to discuss their works, and start poetry presentations to get even more locals involved.

“The Raven has been around for 20 years, and has an incredible community that backs it,” Henry said. “We think – we hope – we can capitalize on that and make things better and better.”