Apparently, the easiest way to become a programmer for an American network is to watch BBC America. Right after NBC’s Americanized version of “The Office,” CBS offers a sneak preview of “Viva Laughlin” (9 p.m., CBS), a remake of the British series “Viva Blackpool,” before the series moves to its perch on Sunday nights. There, it plays opposite the CW’s “Life is Wild,” the American remake of the British series “Wild at Heart.”

“Laughlin” stars Lloyd Owen as Ripley Holden, a brash optimist and former convenience store king out to open a casino in the town of Laughlin, Nev.

Like “Blackpool,” this new series has principal characters burst into song and dance at random moments. But the makers of “Laughlin” have bungled this karaoke mission. Music is supposed to heighten the drama, lighten the mood and advance the story. On “Laughlin,” it seems to stop the action dead in its tracks.

Ripley drives to his construction site singing Elvis Presley’s “Viva Las Vegas.” His wicked rival Nicky Fontana (Hugh Jackman) is introduced while singing the Rolling Stone’s “Sympathy for the Devil,” a tune better suited to a dark montage in a Martin Scorsese mob movie than a listlessly choreographed razzle-dazzle number that succeeds only in making the charismatic Jackman seem dull. Later, Melanie Griffith, playing Bunny, the two-timing femme fatale wife of Ripley’s business partner, tries to seduce him to the strains of Blondie’s “One Way or Another,” a song that has been overexposed in a thousand TV commercials.

The music in “Blackpool” was more light-hearted – throwaway numbers by Tom Jones and Dusty Springfield. The cheesier tunes matched the quirky nonchalance of the show and its hero. “Laughlin” wobbles between no fun musical numbers and dark conspiracies about murder and blackmail.

CBS had to know that making a musical-drama hybrid had to be a gamble. But after this listless pilot, I’d have to mark down a quick “Laughlin” cancellation as a sure thing.

¢ Maybe it’s not fair to say that “Mad Men” (9 p.m., AMC) is too good for AMC. But it’s true. And by broadcasting the superior show’s season finale without commercial interruptions, AMC all but admits it. “Mad Men” is precisely the kind of demanding drama viewers have come to expect from premium cable, and the presence of ads all but ruins this show about advertising.

“Mad Men,” which will return for a second season, ends on several serious notes. But why should episode 13 be any different? In its smart effort to depict the awkward social and sexual changes of the early 1960s, “Mad Men” has become serious to a fault.

The show could use a little comic relief. To put it in “Sopranos” terms, Don needs a Christopher to play against his tortured Tony. The show, like Betty, Don’s beautiful, childlike wife, has become almost unbearably sad.

A fake documentary contemplates a changed outcome in the Civil War in the purposely provocative 2004 fantasy “C.S.A.: The Confederate States of America” (6:25 p.m., IFC). 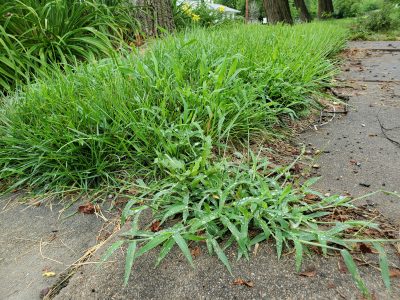