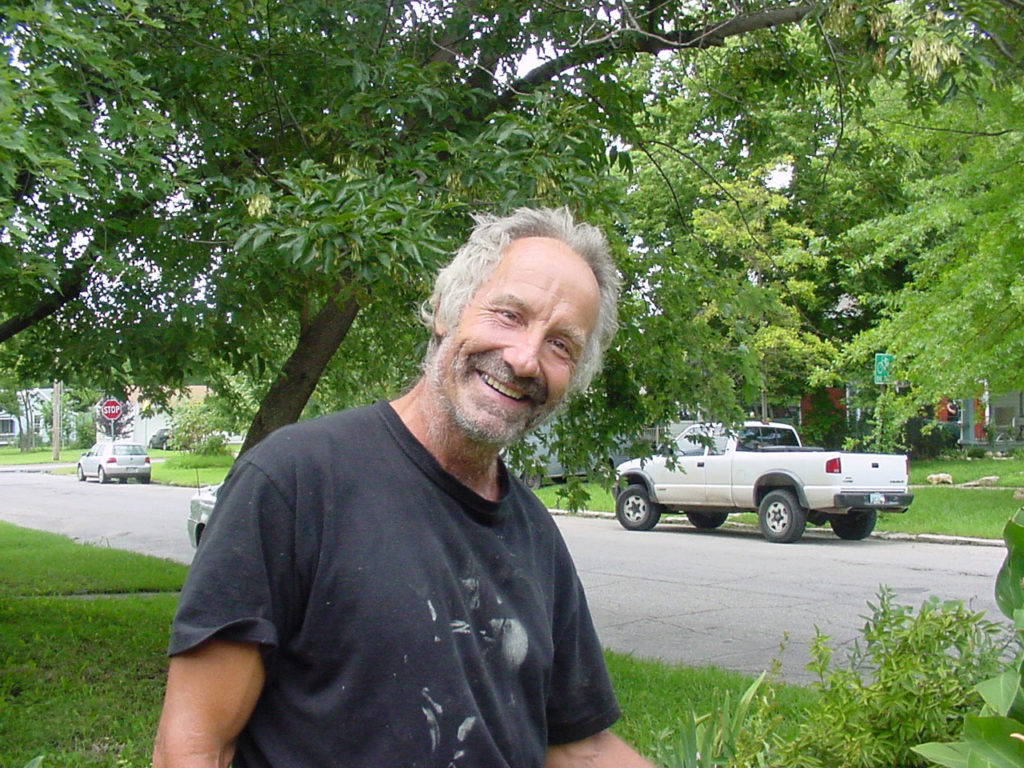 Bill Hatke, who lived a frugal life as a gardener in East Lawrence, died last week at age 61. He lived for many years on an annual income of about 00, and traded his produce to meet some of his needs.

Bill Hatke lived his life the way he worked his gardens – simply and efficiently. He weeded out complications, negotiating only with the land.

“He lived out his ideals almost more than anyone I know,” said longtime friend and Scrabble partner Boog Highberger.

On the surface, Hatke may have appeared an eccentric. But close friends describe him as an intelligent individual who lived a purposely simple life, on his own terms.

“He decided the best way to live was to live simply,” Highberger said. “A lot of people talk about it; Bill lived it.”

Hatke died Thursday after recently learning he was in the late stages of pancreatic cancer. His best friend, Karl Ramberg, said Hatke was in immense pain during the past month and doctors told him there was no hope for recovery.

And because he didn’t want to burden his friends in his final days or weeks, Hatke took control. He left life much in the same way he lived it and committed suicide.

“In a way, getting his ducks in a row and then killing himself was a way of not losing independence or control over his body and mind. He was very disciplined,” said Bob Marvin, a friend of Hatke’s for more than 20 years.

Despite his extensive academic background, Hatke chose a profession as an organic gardener. Patricia Marvin, Bob’s wife, said Hatke wrote all winter, anything from novels to epic poems. He then gardened during the summer. People around Lawrence let him use their land for his vegetable gardens, and his own yard was filled with flowers and vegetables. He supplied Chuck Magerl, founder of Free State Brewing Co. and Wheatfields Bakery, with basil, beets, garlic and melons.

“He’ll leave a huge void in the spirit of the community,” Magerl said.

For years, Hatke lived on just $100 a year, Patricia Marvin said. He often traded people in vegetables, sure to keep his balance even with others and theirs with him.

He lived in the 1100 block of New York Street for years. He grew more than 10,000 pounds of organic beets and sold them to Pines International Inc. for money to rebuild his home after it was destroyed by fire in 1989.

“He was a dear friend to many people, and I got lucky enough to be one of them,” Karl Ramberg said. “: He was sort of the heart and soul of East Lawrence in the sense that the acceptance that East Lawrence had for all lifestyles, Bill’s lifestyle certainly was different than most modern Americans.”