Titleholder planning to roll for fundraiser 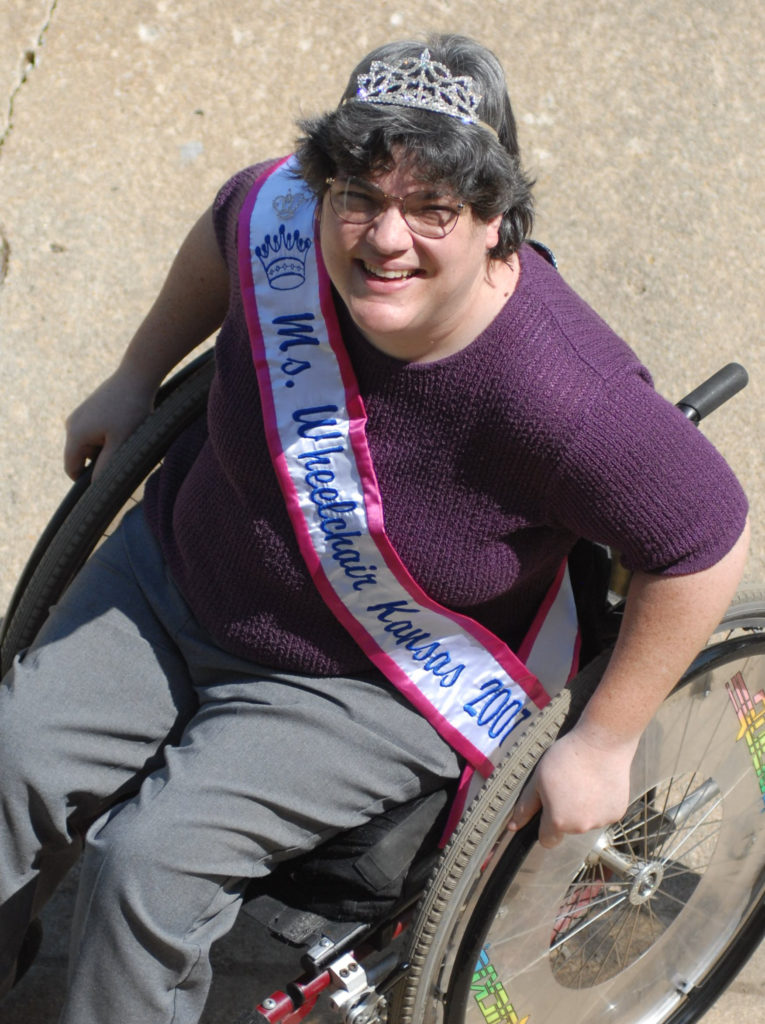 Lorraine Cannistra, Ms. Wheelchair Kansas, has set a fundraiser Saturday to raise money so she can compete in the Ms. Wheelchair America competition.

Lorraine Cannistra has a long roll in front of her.

“My friends and family have been overwhelmingly generous,” Cannistra, who was crowned in March, said. “We’ve raised $1,140 so far from those people.”

In order to raise the rest of the funds, Cannistra is prepared to wheel 15 miles, in a series of 10 nonstop 1.5 mile laps from her home near 24th Street and Naismith Drive, down a bike trail to 31st Street and then back. She plans to begin at 6:30 a.m.

She’s looking for people to sponsor her, either based on the number of laps or the number of miles. Any amount will help, she said.

Carrie Greenwood, the state coordinator for the Ms. Wheelchair Kansas competition, said that in the three years that Kansas has held the competition, each titleholder has been able to raise the money to compete at the national level.

“It’s up to each of the titleholders to raise the money they need for the entry fee and whatever else they need to go,” Greenwood said.

This year’s national competition is in July in Bethesda, Md.

Cannistra said that the entry fee is $1,500, while the balance of the funds she hopes to raise will cover travel fare for herself and a caregiver as well as meals and funding for trips around Kansas.

Cannistra, who holds bachelor’s and master’s degrees from Emporia State University, is promoting a message of empowerment, called “use your power.” She hopes to bring that message to the rest of Kansas through this fundraiser.

“Whatever circumstances you’re in, every one of us has power,” she said. “People with disabilities are not treated as equal and I don’t see that changing anytime soon. We have to use the power we have.”

Greenwood said that the Roll-A-Thon was Cannistra’s idea, as she’s done it before and had success at it.

Cannistra, who’s lived in Lawrence for 12 years, previously had to raise $2,000 to cover the cost of surgery for her service dog.

In addition to looking for donors and sponsors, Cannistra is also hoping that people will come out and cheer her on as she does her 15-mile roll. She’s also on the lookout for individuals who may be interested in driving her to events around the state.

The last time Cannistra held a Roll-A-Thon, it took her nearly 12 hours to complete the event. She’s hoping for a somewhat shorter trip this time.

“Last time I did it at the end of July,” she said. “This time I’m hoping it’s a little easier because it’s not so hot.”