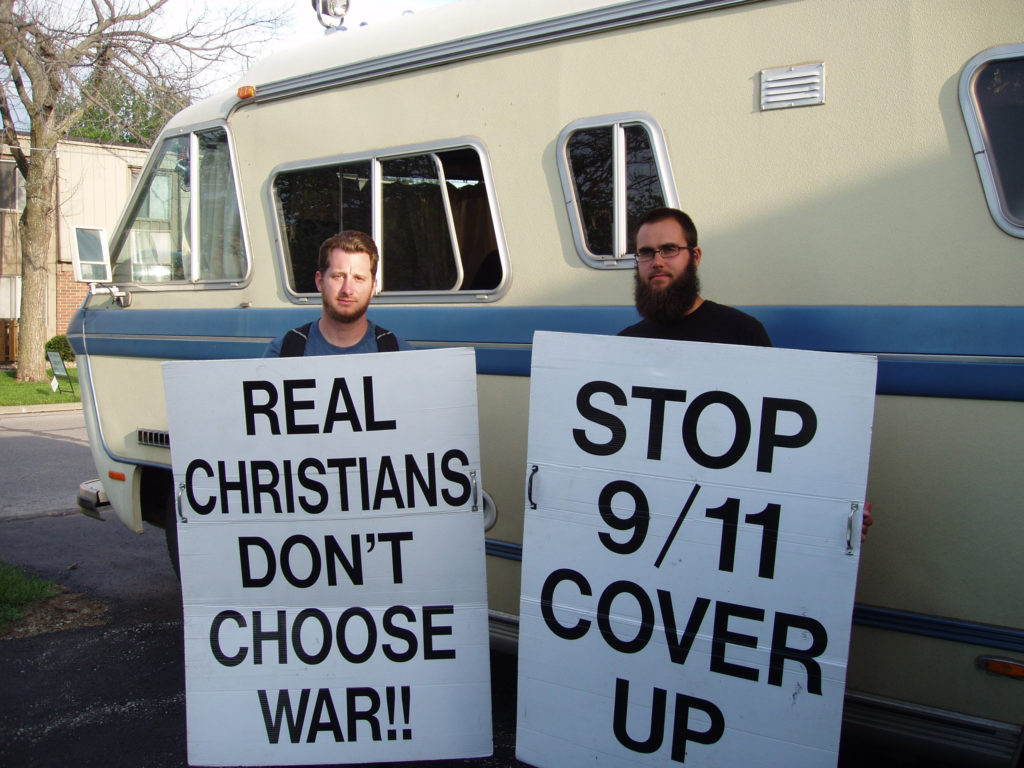 Raymond Schwab, left, and Elliott Nesch stand outside their recreational vehicle Tuesday in Lawrence. They are walking from Denver to Washington, D.C., in protest of the Iraq war.

For the second time in a week, someone walking to Washington, D.C., in protest of the Iraq war has stopped in Lawrence.

Nesch and Raymond Schwab, 32, Loveland, Colo., have walked for Beit Shalom Ministries since March 1, when they left Denver for Washington, D.C., to protest evangelical churches supporting the Iraq war.

On Tuesday, they walked from the Statehouse in Topeka east on U.S. Highway 40 and did not quite reach Lawrence until Schwab’s wife picked them up in their recreational vehicle in the evening.

They have spent nights in Lawrence this week with one of Nesch’s relatives as they make their way through the area. The two keep videos and blogs on their Web site, www.beitshalomministries.org.

During their walk, Nesch and Schwab have mostly traveled on frontage roads along Interstate 70, and they spend evenings with anyone who will take them in.

For the past nine days they have attempted to preach their message in Topeka and Lawrence, including Monday on the Kansas University campus.

They hope to reach Washington, D.C., by September and plan to walk into the capital with similar groups to try to give a letter to President Bush that asks for his resignation, Nesch said.

Bill McDannell and his wife, Jonna O’Dell, stopped in Lawrence last week. McDannell is walking from San Diego to Washington, D.C., asking for an end to the wars in Iraq and Afghanistan.