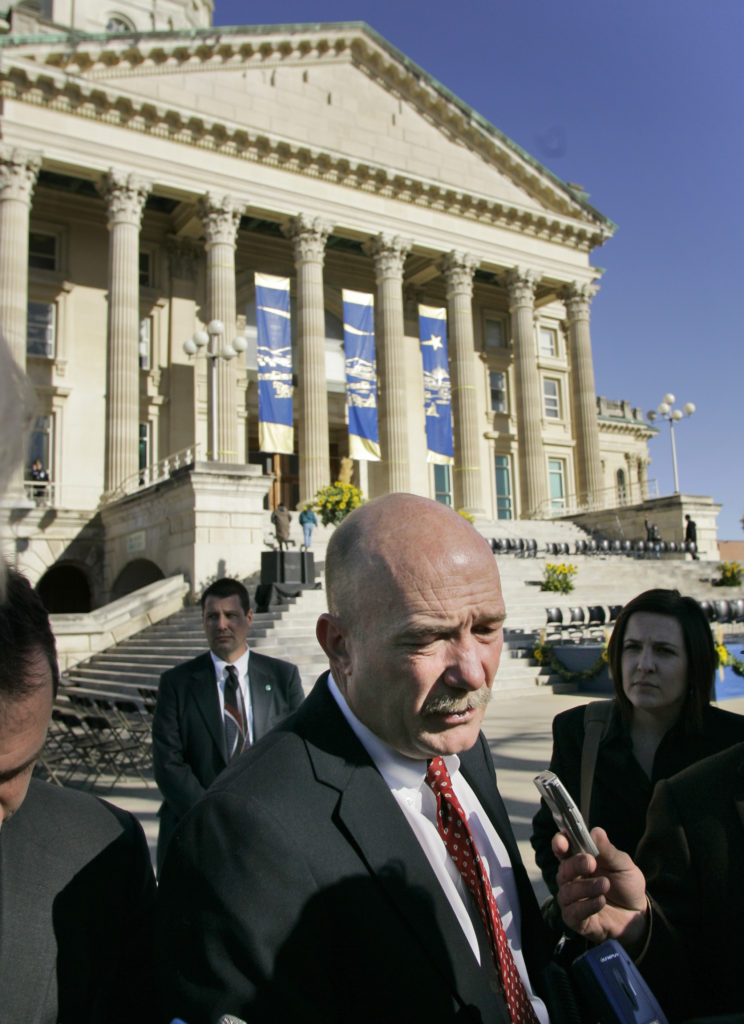 In a stunning development this week in Kansas politics, Morrison admitted to having a two-year extramarital affair with Linda Carter, who had been director of administration of the Johnson County district attorney's office when Morrison was district attorney. Kansas Attorney General Paul Morrison answers questions during news conference following inauguration ceremonies in Topeka, Kan., in this Jan. 8, 2007, file photo. 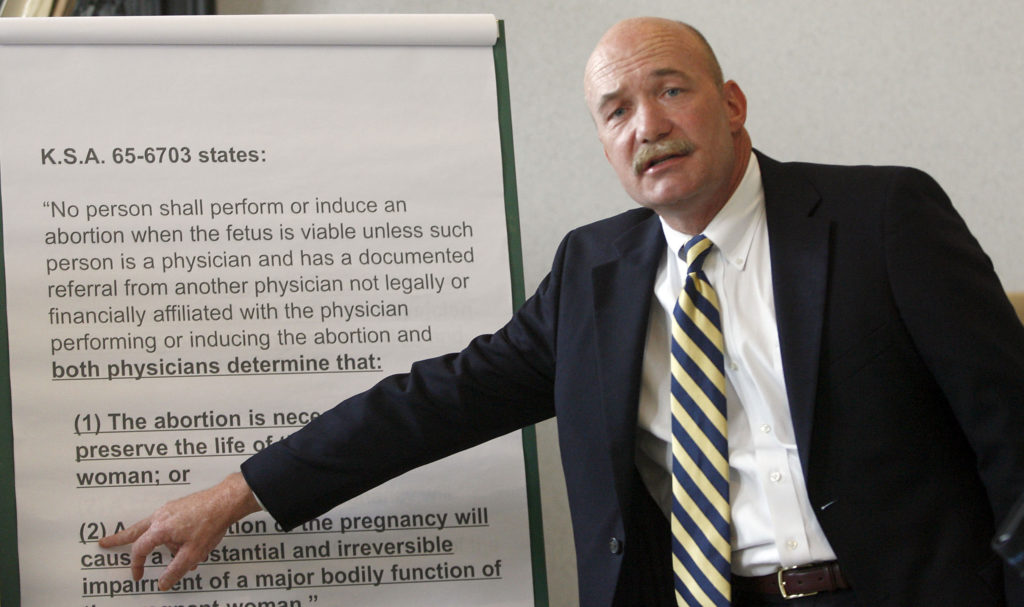 Kansas Attorney General Paul Morrison points out the charges that have been filed against Wichita doctor George Tiller during a news conference in Topeka. Morrison filed 19 misdemeanor charges Thursday against Tiller, a high-profile abortion provider, alleging the doctor had an improper financial relationship with a consulting physician on late-term procedures.

Topeka ? Dr. Ann Kristin Neuhaus, who used to operate an abortion clinic in Lawrence, is at the center of 19 misdemeanor charges filed Thursday that accuse Dr. George Tiller of violating the state law that restricts late-term abortions.

The announcement of charges by Attorney General Paul Morrison ended a six-month investigation that fueled a political storm between anti-abortion advocates and those who support abortion rights.

“It was clear, after looking at this case, Kline’s investigation of Dr. Tiller was not about enforcing the law. It was about pushing a political agenda,” Morrison said.

Kline, a Republican and ardent abortion opponent, was defeated in November by Morrison, a Democrat who supports abortion rights.

Kline said the new charges against Tiller vindicated his investigation.

“The noise level generated by name calling, backed by millions of dollars of abortion money, has not been able to silence the truth, reflected in the evidence that I obtained,” he said.

But Morrison said in his review of the evidence, his office found something that Kline missed.

Under Kansas law, abortions after 22 weeks of pregnancy are illegal unless two physicians determine that continuation of the pregnancy threatens the life or health of the mother.

The two determining physicians cannot have any legal or financial ties, according to the law.

Morrison alleges that Neuhaus, of Nortonville, who was consulted as the second physician of record in 19 of the reviewed abortions, had financial ties to Tiller.

“They can’t be in cahoots legally or financially,” Morrison said, although he declined to elaborate on the allegation.

“We’re alleging there was a financial relationship between the two,” he said.

Neuhaus could not be reached for comment. One phone number for her went unanswered. An attorney who has represented her in the past did not return a phone call.

Abortion opponents have said that Neuhaus has been the second physician for a long time who would help OK late-term abortions, and that if there was an illegal financial relationship with Tiller, Morrison’s investigation should be expanded.

But Morrison said he wouldn’t do that.

Of Neuhaus, he said, “We do know what she is doing now, and I don’t really want to get into that, but let me just say, at this point she is not a concern.”

Neuhaus said she had to close the clinic because of debt incurred from several weeks of inactivity in 2001 after the Kansas Board of Healing Arts began investigating an allegation that Neuhaus performed an abortion on a patient who had withdrawn consent. The charge was never substantiated.

Earlier in 2001, she stopped keeping hours at a Wichita clinic, citing a combination of protests, threats and finances.

The attorney general’s charges against Tiller were filed in Sedgwick County where Tiller operates an abortion clinic.

Tiller was charged because he was the one performing the abortions, Morrison said.

Morrison described the allegations as “technical violations.” They carry a maximum punishment of up to one year in jail and a $2,500 fine.

Morrison’s announcement also opened a new round of political sniping.

After his defeat but before he left office, Kline filed 30 charges against Tiller, alleging the physician performed illegal abortions and failed to properly report those procedures to state officials. A judge dismissed the charges on jurisdictional grounds.

All counts allege that Tiller performed a late-term abortion “without a documented referral from a physician with whom he was not legally or financially affiliated,” as required by Kansas Statute 65-6703.

Count 2: July 22; patient, 14 and in 26th week. This abortion also was the subject of counts 1 and 2 in a case filed in December against Tiller by then-Attorney General Phill Kline. That case was dismissed for jurisdictional reasons.