Victims, their relatives question if punishment is adequate 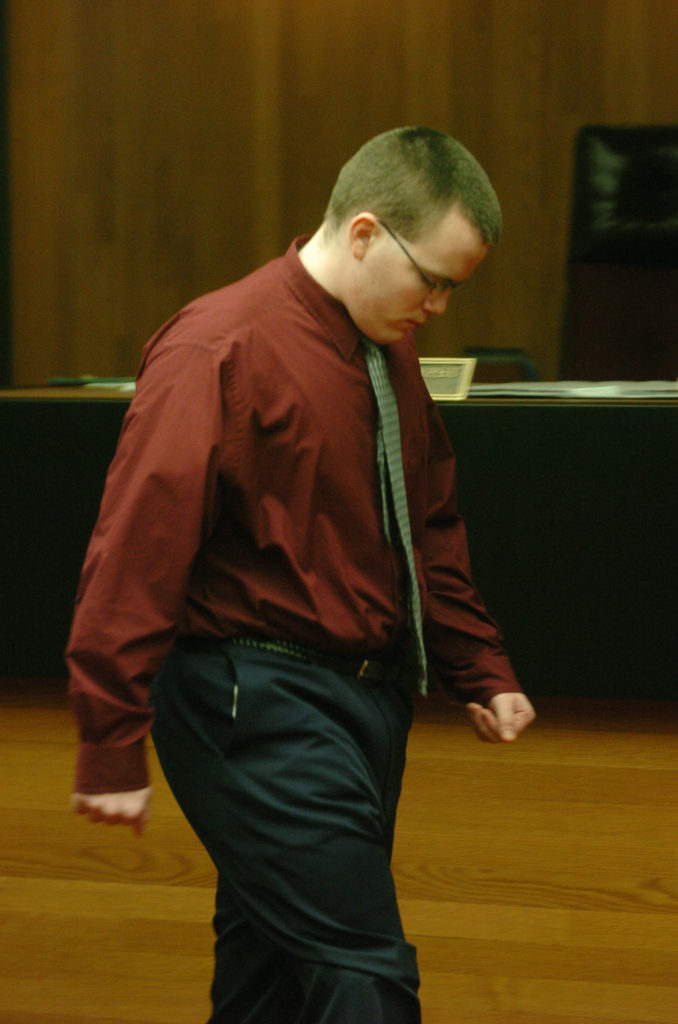 Jason Allen Rose walks out of court Monday morning after receiving a 122-month sentence for the October 2005 fire at Boardwalk Apartments in the 500 block of Fireside Drive. Three people were killed in the fire, and 17 others were injured.

Knowing that her brother lived his life with no regrets gives Maria Gonzalez and her family comfort when she thinks of the apartment fire that took his life.

It is that same thought that she hopes will ease her pain in the days following the sentencing of the man convicted of setting Boardwalk Apartments on fire in October 2005.

“He was my best friend,” Gonzalez said of her brother, Jose Gonzalez. “Even though we have to move on, it’s not something that we can overcome in a day.”

Jason Allen Rose, 21, was sentenced Monday to 10 years and two months in prison, the maximum sentence he could have received for three counts of involuntary manslaughter, one count of aggravated arson and seven counts of aggravated battery.

Rose’s prison term could have been much longer, but Kansas law does not allow a person charged and convicted of multiple crimes to serve more than double the sentence of the most serious offense.

“You take a look at the most serious charge,” District Attorney Charles Branson said, “and that becomes your primary charge for sentencing purposes.”

Rose was convicted May 11 of setting the fire that killed Nicole Bingham, Yolanda Riddle and Jose Gonzalez and injured 17 people, but the jury stopped short of convicting him of first-degree murder.

Like other family and friends of the victims, Maria Gonzalez said she thinks the jury’s decision wasn’t harsh enough.

“I find no peace that his life meant nothing to you,” Maria Gonzalez said during a series of emotional statements made by her, then Nancy Bingham, mother of Nicole, and Leigh McHatton, who survived the blaze.

“(Jose) meant the world to me and my family,” Gonzalez said, trembling. “As for you, Jason Rose, may God forgive you for what you have done.”

“Our wounds and the wounds of our families are a constant reminder of what has taken place,” she said.

The Kansas University graduate suffered third-degree burns to her hands and feet and now lives in Denver, where she works as an advocate for people with disabilities.

No expression from Rose

Throughout the statements and the ruling made by District Judge Jack Murphy, Rose appeared vacant, expressing little emotion. He declined to make a statement as the hearing drew to a close.

A former foster child who had a troubled childhood, Rose had moved out on his own to Boardwalk Apartments just weeks before the fire was set at the apartment complex in the 500 block of Fireside Drive.

With time already served and the possibility of a 15 percent reduction in the sentence for good behavior, the time Rose will serve could be about eight or nine years, Branson said.

In his comments to Rose, Murphy wondered how the tragedy could have been lessened.

“While I’m not saying this to lessen your responsibility : I don’t recall one person say, ‘I heard a fire alarm or a smoke alarm,'” the judge said. “Likewise, there was one issue regarding the delay in response to the fire by the fire department. That question was unanswered (in the trial).”

Upon release from prison, Rose will undergo a three-year supervisory period. Following Rose’s departure from the courtroom, his attorney, Ron Evans, was busy signing paperwork to appeal.

Taking the stand to make her statement, Nancy Bingham told the judge she wanted everyone to know who Nicole really was. She read her thoughts from pages covered with her 22-year-old daughter’s pictures.

“I felt that the trial had the victims just as statistics; they weren’t really people,” she said.

During the trial, the only pictures jurors were permitted to see of the victims were of their charred remains.

“My daughter’s life was significant and I want you to know her,” said Bingham, who left the courtroom uncertain of the judge’s sentencing ruling.

“They got the maximum sentence that they could get,” she said. “Because I didn’t really have any expectations, I can’t really say that I was surprised. I think it makes sense that the judge would give him the maximum, just because of the severity of the damage.”

Telling others about Nicole gives Bingham some solace in coming to terms with her daughter’s death.

“Moms are supposed to protect their children and not let anything happen to them,” she said. “In reality, that is not always possible.”

In her final remarks, she spoke of a conversation she had with Nicole a year before the blaze.

Bingham paused, looking up from her notes.

“I don’t know if I can take care of myself, either,” Bingham told the court. “I would never want her to feel this.”

The fire also injured 17 other residents of the apartment complex in the 500 block of Fireside Drive.

In May, Jason Allen Rose – who had lived in the apartment complex – was convicted setting the blaze. He received a 10-year sentence Monday.