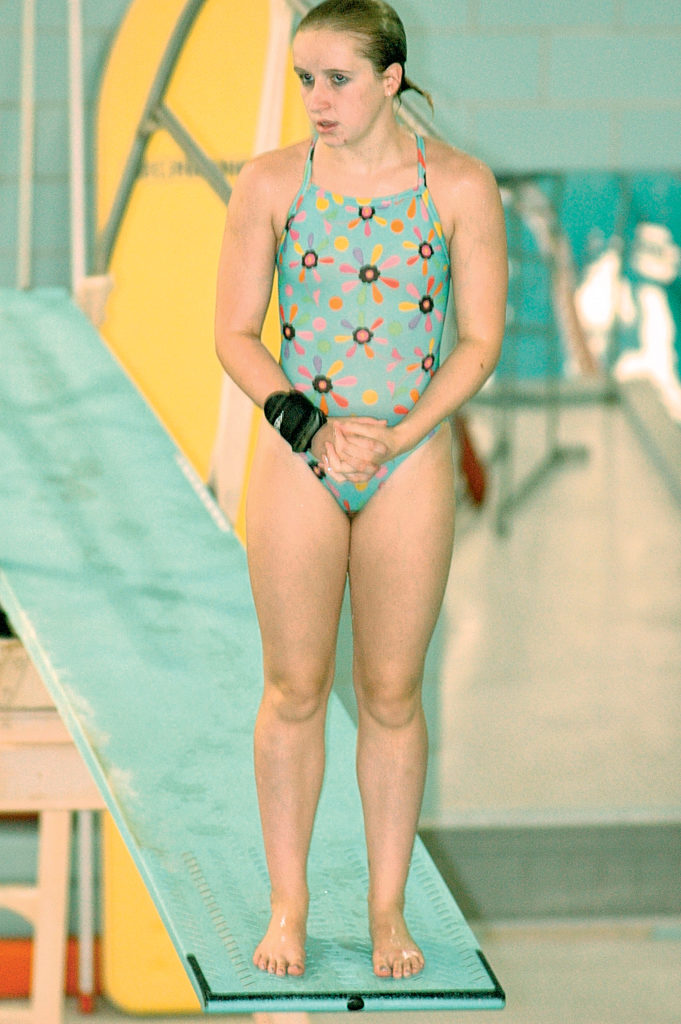 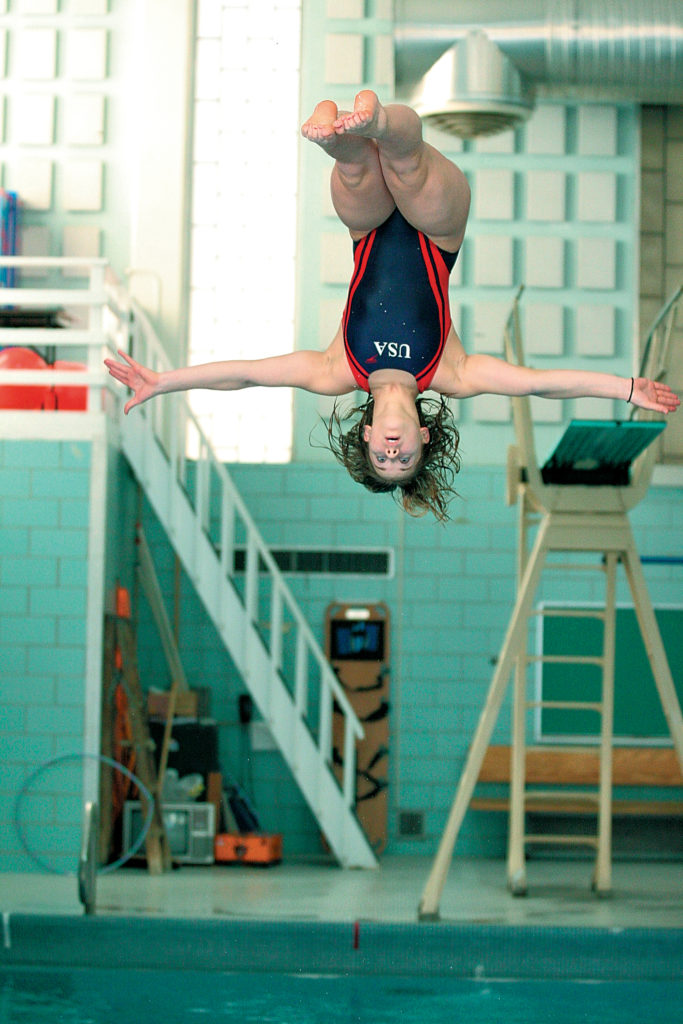 For Jayhawk Diving Club divers Logan Kline and Shana Schuelein, hanging out at the pool during an event on the road isn’t always the top priority.

Sometimes the humid conditions inside a natatorium can have a negative effect.

“It can drain your energy,” Kline said. “So it’s good to get away from the competition and go back to the hotel and hang out. It helps keep your focus.”

Taking hotel breaks seems to have paid off.

All three divers made an impact at the Orlando event, with Knopke taking fifth place and a bronze medal in the one-meter and three-meter events, respectively.

“That’s the best I’ve ever seen him dive,” Jayhawk Diving Club coach Eric Elliott said. “He is a really good athlete, and to get divers that young interested in the sport means they have a chance to be really good in the future.”

Schuelein, competing in the 14-and-under girls division, captured a silver medal in the one-meter dive and fourth place in the three-meter.

“She stepped up,” Elliott said. “She did her best diving in the finals.”

Kline, however, took the Jayhawk Diving Club to the top. Her performance in the three-meter and one-meter yielded national championships. She swept the preliminaries and finals in both events.

“I’d never won a meet like that before,” Kline said. “I felt like I accomplished what I set out to do this year.”

Elliott found the championship to be a culmination of the hard work for the diver.

“It’s really a huge thing for her,” Elliott said. “She’s been on the verge of breaking through for quite some time.”

One key in all the divers’ success over the weekend was simply to forget.

“You have to forget about bad dives,” Kline said. “You have to just let it go. It’s hard sometimes to do that, but if you don’t, the next dive can be harder.”

The junior national event was one of the biggest since its inception three years ago. More than 1,000 divers attended.

“The whole atmosphere was grandiose,” Elliott said. “To these kids, it’s huge.”

Such a mass gathering of elite divers could have posed an intimidating environment for some divers, but for Kline, Knopke and Schuelein familiarity was everything.

“It’s a big event, but we know a lot of the divers,” Kline said. “We’ve been to a lot of meets, and we’re getting to know them.”

Schuelein (who lives in Oklahoma City, but trains with the JDC while staying with Kline) added that knowing many of the divers made such a big event easier and gave her an opportunity.

“You can watch a lot them and see how they do,” Schuelein said. “It helps keep you motivated.”

The performance in Orlando served two purposes for the divers. Not only did they return to Lawrence with some hardware, they also came back with something that will serve them in the near future.

Both Kline and Schuelein can take the gains made in Orlando across the country as they attend the U.S. Diving junior nationals Aug. 6-11 in Mission Viejo, Calif., and hopefully continue their winning ways.

“This is such a big boost for them,” Elliott said. “Coaches say once they win their first one, then they know they can win.”

For information on the Jayhawk Diving Club, email Eric Elliott at ksdiving@ku.edu.