Dan Wildcat to speak on national television about environment 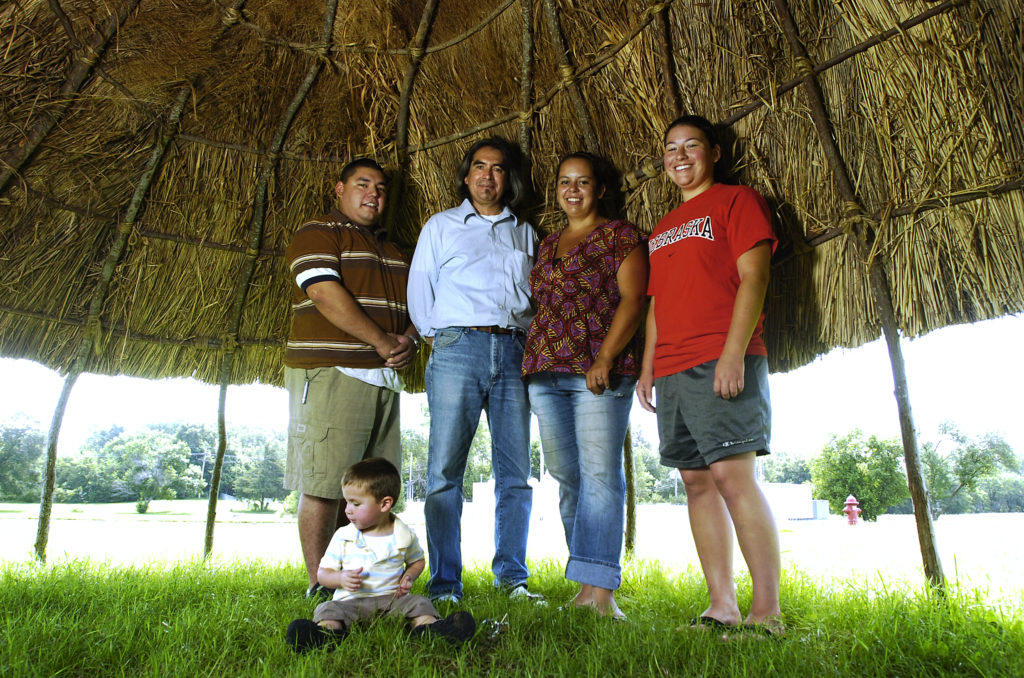 But he does think we can learn a lot about how to be kinder to the environment by looking back at how American Indians lived and co-existed with their surroundings.

Al Gore and other environmentalists think so too. Wildcat – director of Haskell’s Environmental Research Studies Center – has been tapped to speak on national television Saturday as part of Live Earth, a worldwide event designed by Gore and others to promote awareness of global warming.

Wildcat will be one of several experts talking from an American Indian perspective.

“It probably doesn’t make sense for everyone in North America to live in a traditional, wood-frame house,” Wildcat said.

For one reason, he said, there are lots of places on the continent that don’t have any timber. Try finding a fertile forest in Western Kansas, for example.

That’s why American Indians who lived on the plains often built grass lodges or earthen berm homes. Wildcat said Americans ought to spend more time today researching how to build homes – with modern conveniences – from materials that are readily available rather than spending massive amounts of fuel and energy to ship timber and other supplies to a site. Plus, he said, sometimes how we build today doesn’t make as much sense as the way frontier-era tribes were building.

“An earthen-berm lodge seems very insightful in a landscape where we have tornadoes,” Wildcat said.

Wildcat is scheduled to make his case to a national audience about 11:15 a.m. Saturday. Wildcat will be part of a day-long symposium at the National Museum of the American Indian, a part of the Smithsonian Institute in Washington, D.C. His four-minute speech is scheduled to be aired on the Bravo television network (Sunflower Broadband channel 43) as part of the network’s coverage of the Live Earth festivities. The speech also will be shown on MSN.com, as part of its Live Earth coverage.

The talk will be a good warm-up for Wildcat. He has written a book – “Red Alert: Saving the Planet with Indigenous Knowledge” – that focuses on how society can learn to be more environmentally sensitive by studying the practices of American Indians. The book is scheduled to be released this fall, and Wildcat is keeping his fingers crossed that it will bring even more national attention to the idea.

Several members of the Haskell community also are hoping the book and Wildcat’s upcoming talk will help give Haskell a national reputation as a place to look for innovative ideas on environmental responsibility.

“This is an important opportunity for Haskell too,” said Julia Good Fox, a faculty member of Haskell’s Indigenous Nations and American Indian Studies Program. “It could really help place Haskell at the center of activity for solutions on climate change.

“That would be very appropriate because climate change is very much in keeping with the basic indigenous and native philosophy that all things on Earth are connected.”

Wildcat’s ideas go beyond just architecture and lodging. For example, many tribes have effective dry-land farming techniques – tribes routinely grow corn in the highland deserts of the southwest – that could be more widely shared.