As No Child Left Behind policy is reviewed this year, there is one group of students some think may have been left behind – those who are high achievers.

“Most of the time I’m stuck in regular classes,” said Dravid Joseph, a ninth-grader at West Junior High. “Sometimes I’m bored with what I’m doing there.”

Partially for that reason, Dravid will join a contingent of some of Kansas’ most gifted students who will travel Wednesday to Topeka to advocate for specialized classes for more than 15,000 of their peers across the state.

Dravid, 15, and the other students will take part in the state’s first Gifted and Talented Day.

Dravid, the son of Nashi and Kissan Joseph, a Kansas University business professor, wrote an essay that earned him a spot at a Shadow Day event for gifted students sponsored by the Kansas Association for the Gifted, Talented and Creative.

Dravid will spend the day with state Sen. Marci Francisco, D-Lawrence, as a representative of Lawrence’s public schools. He is among 458 of the district’s 10,000 or so students who have been identified as gifted.

Pamela Simpson, gifted education facilitator at West, said the problem with No Child Left Behind is that it tends to focus teacher attention on bringing students up to an average level. 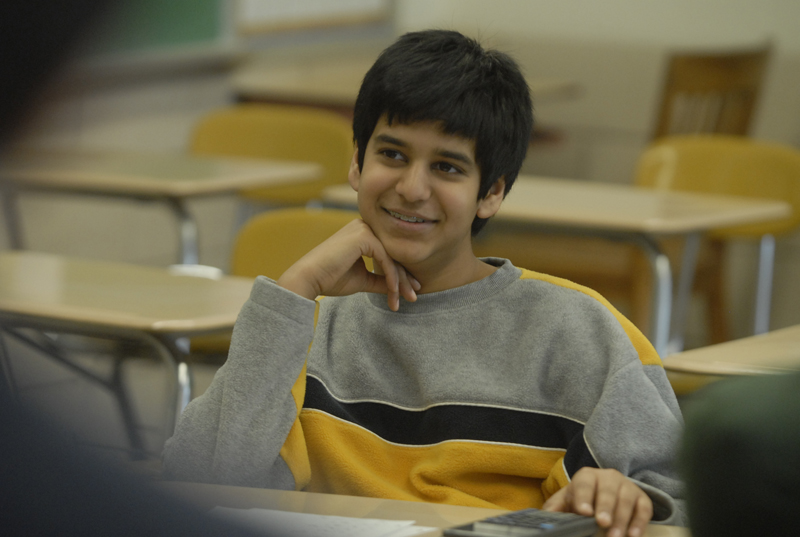 Dravid Joseph, a ninth-grader at West Junior High School, takes part in class Monday. He will shadow state Sen. Marci Francisco on Wednesday in Topeka as part of the first Gifted and Talented Day.

“For our students who started the year already above grade level, it’s harder to get the attention that those kids need,” Simpson said. “If a ninth-grader started reading at the 12th-grade level already, it’s easy for a classroom teacher to not give them the attention they need, as well.”

Kansas is one of the few states that puts gifted education funding in with special education, Simpson said.

“It’s the easy place to cut because it’s not federally mandated,” Simpson said. “So we’re always trying to advocate for ourselves that we not lose that funding.”

Dravid, who hopes to spend his time meeting with legislators Wednesday, said he would stress the need for more class time for gifted activities.

“They’re definitely not something that can have funding cut,” he said.

Gifted classes he attends allow him to express himself more creatively, he said.

“Because while I’m here, I’m basically allowed to explore topics that I enjoy, rather than topics that I have to learn,” he said. 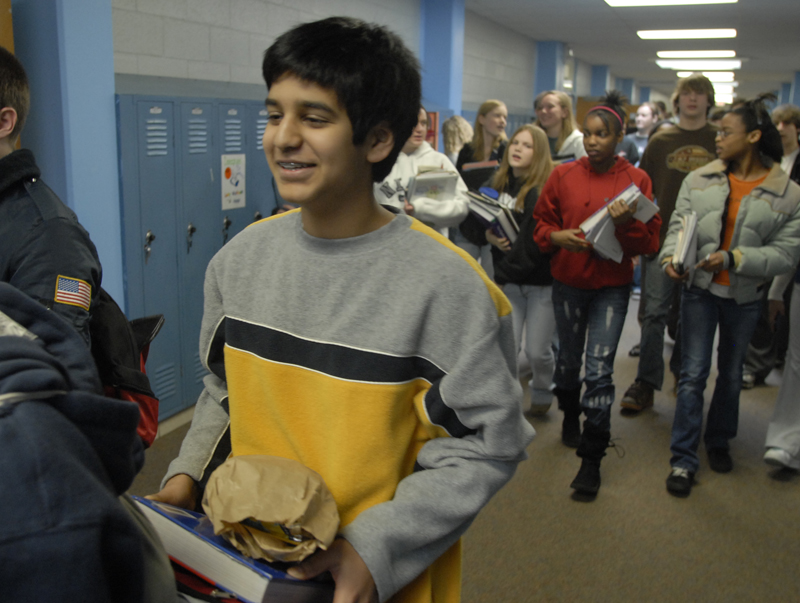 Dravid Joseph, a ninth-grader at West Junior High School, goes about his daily routine Monday at the school, 2700 Harvard Road. On Wednesday he will spend the day in Topeka with state Sen. Marci Francisco as part of Gifted and Talented Day, designed to bring attention to the state's high-performing students.

For example, last semester he spent 45 minutes a day in gifted classes writing a paper about the history of the Arab-Israeli conflict – something teachers generally wouldn’t cover in a regular class. He also did an analysis of the problems encountered by developers of the Airbus A380 superjumbo plane.

“It probably wouldn’t even be discussed in a regular classroom,” he said.

Dravid said his education probably was suffering because of No Child Left Behind.

“Teachers are forced to look more at the problem kids,” he said. “They have to raise their test scores or risk unemployment. I don’t think that’s a pressure anyone should have.”