But while abortion opponents dubbed the four-day event a “cry for justice,” that cry largely fell on deaf ears on Friday afternoon.

Only a few dozen abortion protesters picketed outside the clinic of Dr. George Tiller, one of the few physicians in the nation who performs late-term abortions. Abortion rights supporters, and even the media, at times outnumbered the protesters.

The orange snow fences – erected by police to keep expected crowds back off the streets – were a stark reminder of how much the movement here has changed since the 1991 “Summer of Mercy” protest.

Operation Rescue was in its heyday then and drew thousands of anti-abortion activists to Wichita for demonstrations marked by civil disobedience and mass arrests.

Tiller and his clinic have been a target of abortion opponents for decades. His clinic was bombed in 1985, and Tiller was shot in both arms by a protester in 1993.

On Friday, no one was arrested and the relatively small protests at the clinic and the county courthouse were peaceful – under the watchful eyes of a heavy police presence.

The Rev. Pat Mahoney, now head of the Christian Defense Coalition and one of the original leaders of the 1991 protests, was back in town displaying the same fervor of days past. He recalled that Wichita had three abortion clinics when he was here in 1991 – but today, only Tiller’s clinic remains open.

This time Mahoney told supporters he plans to meet with the Kansas congressional delegation and the Department of Justice to see if federal civil rights laws were violated by District Attorney Nola Foulston’s refusal to allow then-Attorney General Phill Kline’s office to bring charges against Tiller. 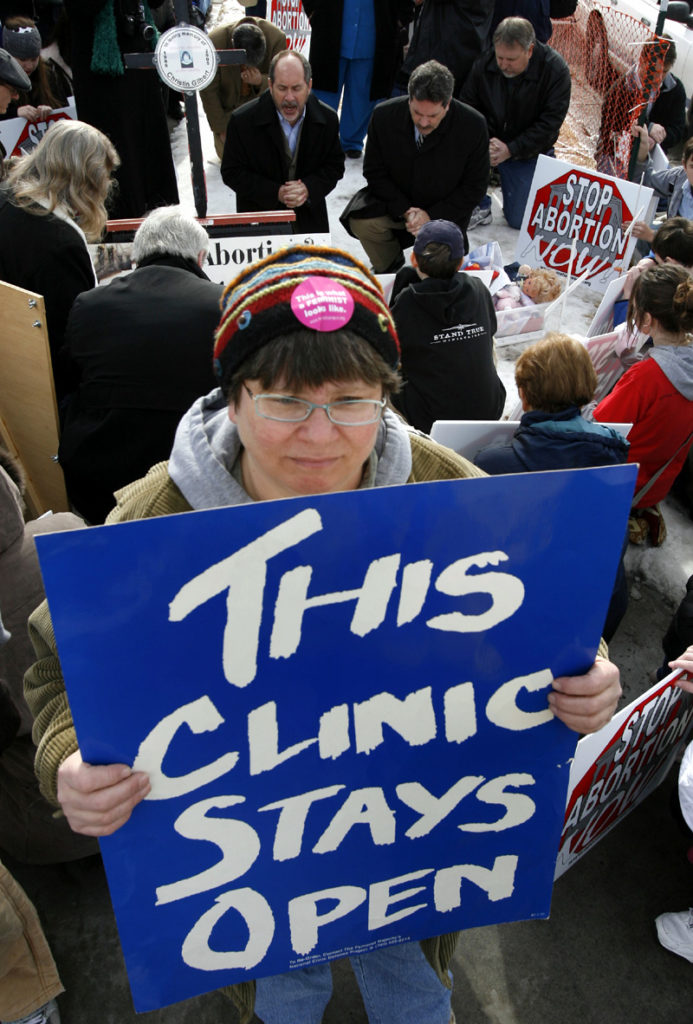 A Sedgwick County judge dismissed the 30 misdemeanor charges last month, the same day they were filed, after Foulston said Kline’s office had not obtained her permission to prosecute Tiller.

Foulston’s spokeswoman, Georgia Cole, said Friday her office has still not received the investigative files she requested from Kline when he was attorney general.

About a dozen protesters chanted, “Justice now, Nola Foulston” outside the window of the district attorney’s office. They then marched inside as sheriff’s officers watched nearby.

They requested a meeting with Foulston, but left quietly after being told she was in a meeting. They have since sent a letter requesting to meet with her Monday.

Among the protesters was Gary Cass, head of the Fort Lauderdale, Fla.-based Center for Reclaiming America. He said before the courthouse protest that he would do his best not to get arrested, but was prepared to go to jail.

“It is the right thing to do,” he said

Police spokesman Gordon Bassham said Operation Rescue might have misunderstood. The state law prohibiting protests of state officials applies to their homes, and not the courthouse.

“As peaceful as everything has been, I would be very surprised if they would try to break the law,” Bassham said. 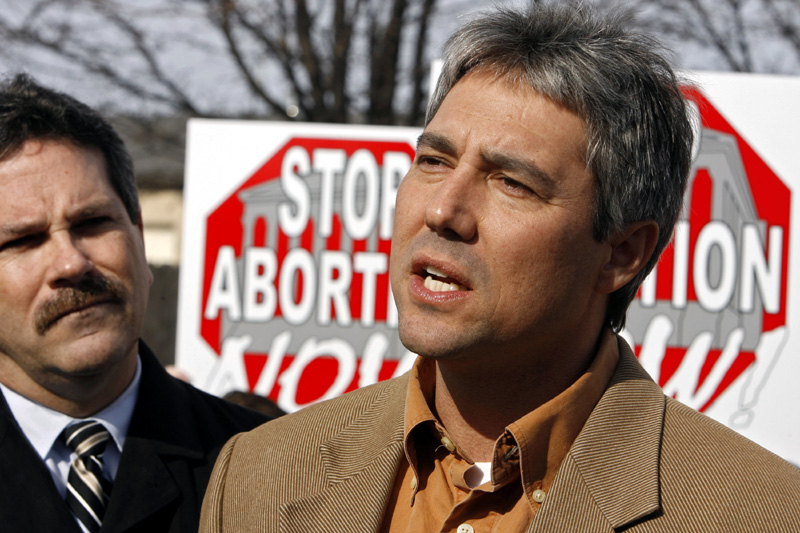 Operation Rescue president Troy Newman, right, along with Dr. Gary Cass, executive director of the Center for Reclaiming America, speaks at the Cry

“We are just really angry we are still having to defend women’s rights against these people,” said Diane Wahto, a semiretired college instructor.

The abortion rights group ProKanDo issued a statement later in the day condemning Operation Rescue, saying its “aggressive and bullying tactics” do nothing to help women or to reduce the number of abortions.

Operation Rescue plans to continue the weekend’s activities today with a conference, for which about 100 people have registered. On Sunday, the organization will dedicate its new headquarters in a former abortion clinic.