Chicken soup for the common cold

Your grandmother was right. No, not about going blind if you sit too close to the TV.

She was right about eating chicken soup when you’re sick. Science has proven, at least preliminarily, that ingesting the warm, brothy concoction actually can help you recover from a cold or the flu.

“If you always believed your grandmother when she told you soup is good for you, this is evidence to support that,” says Dr. Stephen Rennard, a researcher at the University of Nebraska Medical Center.

Rennard conducted a study in the 1990s – and had it published in a 2000 issue of the journal Chest – that showed eating chicken soup had an anti-inflammatory effect that made people feel better.

Basically, it worked this way: Rennard and his colleagues collected neutrophil samples from healthy volunteers. Neutrophils are white blood cells that defend against infections.

Chicken soups tested by the researchers had anti-inflammatory agents that reduced the movement of neutrophils. Although it’s not completely understood, scientists think reducing movement in neutrophils can help ease the symptoms associated with a cold.

Dr. Irwin Ziment, a professor at UCLA, also has done studies showing chicken contains an amino acid called cysteine. It’s similar to a drug called acetylcysteine, which is used to treat bronchitis and other respiratory infections.

Another study, done about 20 years ago, sought to determine whether chicken soup helped unplug noses. It found that while soup did help with nasal secretions, it wasn’t any more effective than the steam from hot water.

The studies don’t mean soup is a cure-all for everyone. Rennard notes that people on low-salt diets, for example, should keep away from soups that are high in salt. 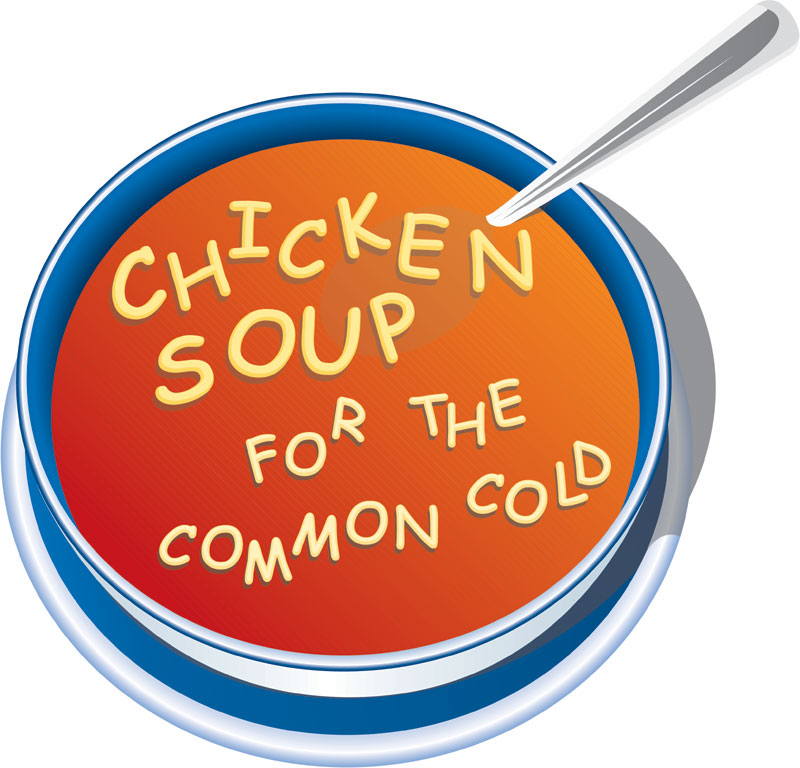 And he doesn’t underestimate the soup’s psychological value.

“They’re likely to feel better if someone makes chicken soup because of the attention they’re getting,” he says. “Obviously if I get a cold, I want to have someone make me soup. There’s a therapeutic effect, even if there isn’t any medicinal effect.”

“I think part of it is a comfort food thing, the placebo that’s involved,” she says. “It’s something that’s been around for centuries. Even the early Egyptians believed in chicken soup.”

For sick people who don’t feel like eating much, soup can be a good way to intake fluids.

“Liquids are important, and if they can, they should be energy-containing liquids that have some calories in them,” Hermreck says.

But she says the best way to take care of a cold or flu isn’t to eat chicken soup after the fact. It’s eating well all the time, to prevent the illness in the first place.

“One of the best things to prevent sickness is eating well – plenty of calcium, vitamins and minerals, fluid and fiber,” Hermreck says. “For preventative purposes for any kind of illness, that’s important. I think prevention is where it needs to be, rather than fight it when it gets there.”