Two for the show

Pianist Robert Koenig was between lessons during a day of teaching at Kansas University when he decided to go online to peruse that morning’s Grammy nominations.

“I went to Grammy.com, and I’m scrolling down and looking at Mary J. Blige and Justin Timberlake,” he recalls. “Then I got to the classical stuff … and I saw my name. I was silent for like five minutes. I just sat there in shock. I kept closing the Web site and going back on just to make sure I was really reading it right.”

Sure enough, Koenig was nominated in the Best Instrumental Soloist Performance (without Orchestra) for his collaboration with Roberto Diaz on “William Primrose: Viola Transcriptions.” It was one of only five nominees out of 169 CDs that had been submitted in that category.

“This kind of music is the most accessible music for people who don’t really know anything about classical music and want to get started,” Koenig says. “This is all beautiful melodies and some virtuosic playing for the viola.”

Koenig isn’t the only Lawrence musician with a nomination to celebrate.

Bassist Stan Sheldon also found out about his Grammy good fortune thanks to the organization’s Web site. He had a sneaking suspicion that his recorded reunion with legendary rock star Peter Frampton on the guitarist’s new instrumental album, “Fingerprints,” might snare Grammy voters’ attention.

Sheldon co-wrote (with Frampton) and performed bass on the Latin-tinged track “Ida Y Vuelta (Out And Back).” “Fingerprints” got nominated in the Best Pop Instrumental Album category, and Frampton’s cover of Soundgarden’s “Black Hole Sun” from the same record also is nominated for Best Rock Instrumental Performance.

“This is the first real noise Peter has made since the big album,” Sheldon says, referring to 1976’s “Frampton Comes Alive.” “Since then it’s been a huge denouement. Now people are realizing he’s a spectacular guitar player.”

Curiously enough, it was exactly 30 years ago that Sheldon was playing with Frampton onstage at the Grammys ceremony.

“I can’t remember if we were nominated or won or were just there. But we were there,” Sheldon says.

The bassist recruited fellow Lawrence musician Mike Finnigan to sit in with them on keys for a cover of Stevie Wonder’s “Signed, Sealed, Delivered.” (The band had also played at the Grammys the year before, delivering the hit ballad “Baby, I Love Your Way.”)

Sheldon recalls meeting artists like Wonder and Diana Ross in the green room that night.

“I remember Mike was giving Mick Fleetwood and John McVie (of Fleetwood Mac) a hard time. Mike is this huge tall guy, and so is Mick Fleetwood. Back in the day Mike was a little rowdy.”

But that proved to be Sheldon’s last brush with the Grammys. He left Frampton’s band in 1980 and hadn’t collaborated with the Englishman in decades.

It was actually tragedy that brought them back together. Following the death of drummer John Siomos (of undisclosed causes) in January 2004, and then keyboardist Bob Mayo that February of a heart attack, Sheldon and Frampton realized they were the only ones left from the quartet that had crafted the biggest-selling live album of all time. 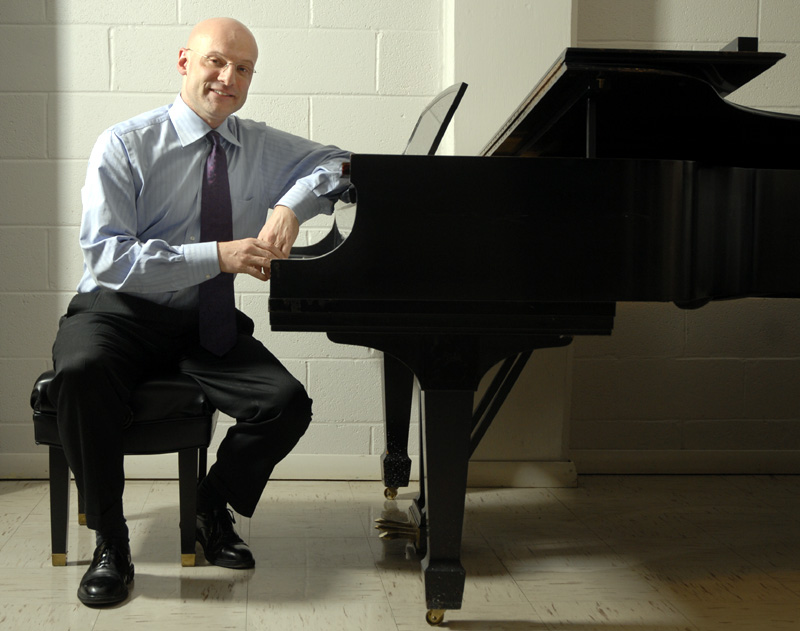 Robert Koenig, a Kansas University piano professor, is nominated for a Grammy in the Instrumental Soloist Performance (without Orchestra) category for his collaboration with Roberto Diaz titled William

Sheldon called Frampton, and soon he was visiting the star’s home in Cincinnati to work on new material for an A&M Records release.

“It was fantastic. It was more than just work. For he and I it was a bittersweet reunion because the other two guys from the ‘Comes Alive’ band had just died back to back,” Sheldon says.

The pair chatted all morning then leisurely began arranging their song.

“Peter had a fragment of this Latin thing because our plan was to write something Latin,” says Sheldon, who went through the master’s program at KU in Latin American studies and is well-versed in the region’s musical styles.

“I got there and worked on the song in the morning. I put a little tag on the ending. Then we recorded it that afternoon in Peter’s beautiful home studio that’s state of the art.”

More importantly, the pair finally had the time to reminisce.

He says, “Some of the guys that were there who work for Peter were enraptured to hear our ’70s stories and laughing about the clothes we used to wear.”

Sheldon is just one of many renowned guest musicians on “Fingerprints,” which also features members of The Rolling Stones, Pearl Jam and Gov’t Mule. The 56-year-old believes the all-instrumental project showcases Frampton’s best work in decades.

“He was great back then,” Sheldon says. “But now he’s a more polished player, a more mature player. He’s more adult, to use a term he might not approve of.”

Although Sheldon won’t be attending Sunday’s ceremony, pianist Koenig has the tickets booked.

“I fly out to Los Angeles on Saturday,” Koenig says. “But I know the classical part of the Grammys never makes the telecast. They make the official announcements at 1 p.m. that afternoon. They tape the entire ceremony, and if the main show is not running late – which it always is – they will show some clips from it.” 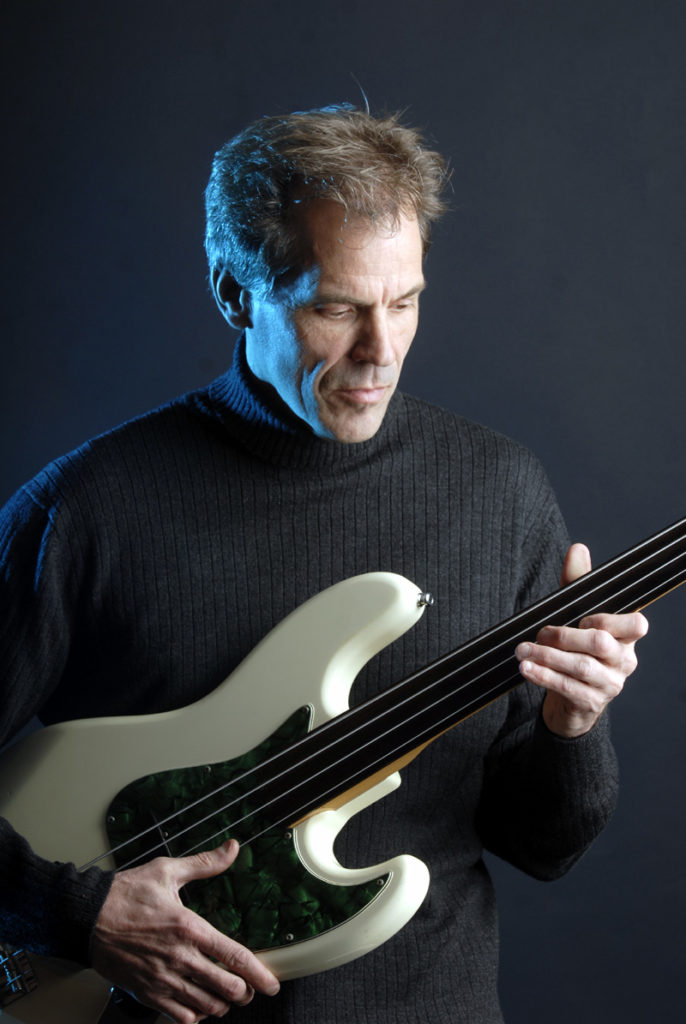 Bassist Stan Sheldon co-wrote a song and performs on Peter Frampton's LP Fingerprints, which is nominated for Grammys in the Pop Instrumental and Rock Instrumental Performance categories.

A native of Canada, Koenig spent 10 years in New York as staff pianist at the Juilliard School before accepting his current position as associate professor of piano and piano chamber music at KU. He’s lived in Lawrence now for seven years. (“I grew up in Saskatchewan, which is prairies. It’s very much like Kansas. It’s all sort of come full circle for me,” he says.)

Koenig has appeared on 12 previous commercial recordings, but he believes his work on the “Primrose” disc exhibits his strongest playing.

“For a viola album to even be under consideration is already something incredible,” he says of the enterprise, which was recorded at the Glenn Gould Studio in Toronto. “This was a really special project because William Primrose was one of the foremost violists ever, and right before we decided to do this project, Roberto Diaz acquired Primrose’s Amati – the incredible Italian instrument he played on all those years. The cover of the CD is that instrument.”

Koenig is a member of the National Academy of Recording Arts and Sciences (NARAS) that oversees the Grammys. As such, he is actually allowed to vote in the awards.

“I’m not going to tell you if I voted for myself,” he says, laughing. “Just to have the nomination is enough. For the rest of my life I can call myself ‘Grammy-nominated pianist.'” 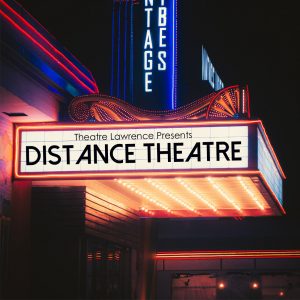