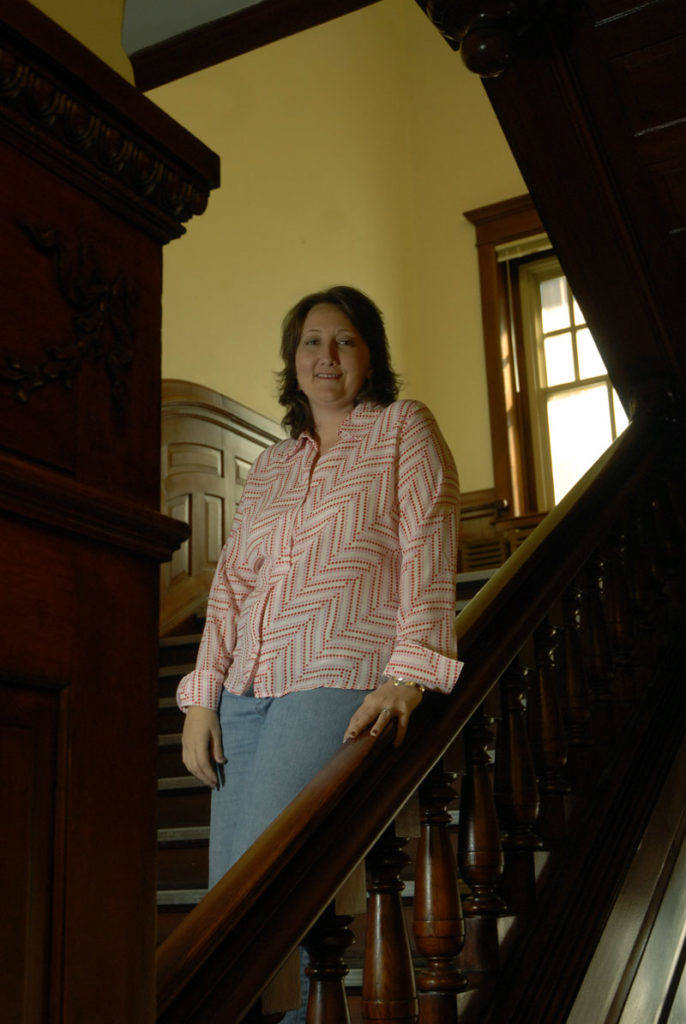 Stacy Leeds, a Kansas University law professor, is in the running to become principal chief of the Cherokee Nation. Leeds is pictured on Friday at KU's Lippincott Hall.

Not only does she hold the Division III women’s basketball record for most three-pointers made in the NCAA Tournament – 22 in 1994, while playing for Washington University in St. Louis – she drives 300 miles each week from her home in Oklahoma to her job at KU.

On top of that, she just launched a political campaign to become principal chief of the Cherokee Nation, whose 260,000 members are spread across the country. Between now and June, she’ll be traveling and meeting with fellow Cherokees nationwide – Los Angeles, Houston, Albuquerque, N.M., San Francisco, to name a few cities – in addition to running a campaign on the tribe’s land in Oklahoma.

For someone else, it might seem hectic, but Leeds is used to racking up travel miles. She spent a semester in 2002 commuting by airplane between her home in Oklahoma and a faculty job at the University of North Dakota – a trip of nearly 1,000 miles each way.

“Folks think that my life is a little crazy now, but it’s actually a lot more manageable,” she said.

Leeds, who came to KU in 2003, is director of KU’s Tribal Law and Government Center and the interim director of the Center for Indigenous Nations Studies. She’s on partial leave this semester from the law school, which means she’s spending about half her time running the indigenous nations studies program and the other half on the campaign trail.

She said the job of principal chief can be likened to that of a governor. The Cherokee Nation encompasses 14 counties in northeastern Oklahoma and has an annual budget of roughly $350 million – about 20 percent of which comes from gaming revenue.

“We’ve had a boom in our economy over the last few years. My concern is that the money is not being spent in services to people to the extent that it should,” she said. “There’s still a lot of people who don’t have health care, scholarships or housing to the level that we could provide for them.”

In 2002, Leeds became the first woman to serve as a justice on the Cherokee Nation’s Supreme Court, but she considers herself a political newbie.

She was the first person to declare her candidacy for principal chief. Since then the incumbent, Chad Smith, has declared his candidacy, and Leeds expects a handful of others to file by the March 5 deadline.

If she wins the June 23 election, Leeds plans to take a leave of absence from KU throughout her four-year term.

Michael Yellow Bird, a KU associate professor of indigenous nations studies, said Leeds has a nationwide reputation and is well-liked by her peers.

“She’s visionary. I’d put her on the par of their former principal chief Wilma Mankiller,” he said. “I think she’s got that kind of presence, that kind of leadership qualities and abilities.”

Leeds’ husband, Michael Stewart, is a Choctaw language instructor at the University of Oklahoma.

“We split ways on Monday morning and do our travel routine,” she said.