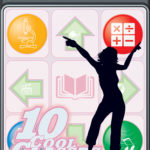 Classes at Kansas University involve more than lectures, chalkboards and fulfilling credits. During any given semester, students are giving back to the community, testing the boundaries of technology and getting real-world experience in the fields they hope to enter. Here’s a sampling of 10 of the more interesting classes that show the diversity of what happens on the hill.

1. Cyberculture. During the spring semester, KU graduate students participated in a Digital Media and Cyber Culture class in the film department that involved meeting for lectures and film screenings in Second Life, a computerized, 3-D online world. Instructors Catherine Preston and Stacey Fox took the view that to stay competitive, the students needed a foundation in how cyberspace is organized for digital film, new media and gaming.

“They need to know it to go out and get jobs in the technical field when they’re done,” said Fox, technical director for the film-studies program. “You need to know the technology now to advance in your profession.”

The class explored not only how to build items, create animations and film scenes within 3-D worlds – a type of movie-making known as “machinima” – but also issues such as race and gender.

These kinds of experiences will become more common for students in semesters ahead: The film faculty voted in the spring to buy its own space in Second Life, and KU’s art department is considering a similar purchase.

2. Hospital room improvement. In a studio inside the Art and Design Building, students were busy during the spring semester building a life-size cardboard model of an emergency exam room, with tools, shelves and monitors attached by Velcro to the walls.

It was a consulting project for two area hospitals, which planned to use the students’ input for upcoming remodeling jobs. The class assignment included making a visit to the hospitals late in the semester to set up the mock emergency rooms for the day and let doctors and nurses give them a try.

“We’re just going to randomly place equipment everywhere so there’s no logic to it,” student Matt Hutcherson said. “We’re going to encourage them to create it how they feel it would best exist.”

Professors Kent Spreckelmeyer and Richard Branham, who do consulting in health care design, said they couldn’t name the hospitals because of a confidentiality agreement. The project was organized under the umbrella of a collaborative project at KU called “Design for Wellness.”

3. Personal finance. Starting this fall, up to 120 students will be able to learn how to manage their money through a course called Personal Finance, which came about in part from parents who wanted their children exposed to the subject.

Students will maintain a monthly diary to assess their spending habits and will develop a budget based on their spending. The class, which has never been offered at KU, is open to freshmen and sophomores who are not business majors.

“It’s an opportunity to give them some basic skills and attitudes to manage their personal assets a little better,” said Doug Houston, a professor in the KU’s School of Business who oversaw creation of the course.

4. KU legal clinic. The first time he appeared before a judge, Jeremy Mai forgot to stand up when he answered a simple “yes” or “no” question from the judge. He heard about it from his instructor.

“I will forever, in any courtroom, no matter how rural, always stand up when I say the smallest thing to a judge,” said Mai, one of five students from KU’s School of Law who are getting experience this summer representing clients in Lawrence Municipal Court and in family-law cases and juvenile cases in Douglas County. Even though they haven’t been admitted to the bar, the students are allowed to represent clients as long as they have a supervising attorney.

As of mid-June, Mai had a caseload of 11 cases, many of which were inherited from students in previous semesters.

“We have certain office hours. Any given week I could get two or three new clients,” Mai said.

5. Help for New Orleans. For the past two years, architecture students in Nils Gore and Rob Corser’s classes have been designing and building functional public structures to help in the post-flood rebuilding efforts in New Orleans.

During the spring semester, the students built an outdoor classroom. Previous works include community notice boards, a traveling stage, a community tool shed and a shade pavilion.

“It’s not just enough to give them food and a place to stay for a little bit,” KU senior Rey Lastimosa said in November. “It’s more about boosting their spirits up : trying to help them get back on their feet and having them enjoy their lives again.”

After installing the first shade pavilion, students built another one to go on display at the Cooper-Hewitt National Design Museum in New York as part of an exhibit showcasing designs for the 90 percent of the world’s population not traditionally served by design. The exhibit will continue until Sept. 23. After that, the pavilion will be taken to New Orleans.

The projects have been supported by $35,000 in donations so far.

6. The American Peoples. Lecturer Ray Pence’s goal for teaching this class is to give students “a sense of how the American ideals of equality, justice and equal opportunity … are positive ideals, but that they have not always been there for everyone in this country.”

Each fall and spring, an estimated 300 students take this 100-level course for credit in either American Studies or Sociology. Pence, who has been teaching the course since spring 2006, focuses on three U.S. social movements: the black-rights movement, the Vietnam protest movement and the disability-rights movement. The class includes readings such as the book “Born on the Fourth of July,” and Pence tries to supplement the readings with movies, music and Internet discussions.

“We try to make it a course that students want to come to and want to be part of, not just something they feel they sort of have to do because of the undergraduate curriculum,” Pence said.

7. Portfolio management. For the past 14 years, KU business students have been managing investments as part of the “applied portfolio management class.” Alumnus Kent McCarthy donated $250,000 to start the program in 1993, and as of this year the amount has grown to $2.4 million.

“The goal of the class is to be an educational experience,” said Doug Goehl, a 37-year-old MBA student who took the class in 2006. “If it makes money, it’s kind of secondary. We’ve been lucky in the fact that we’ve been able to provide both for a very long time.”

The class earned a 30 percent return on its investments in 2006, which, combined with a presentation to a panel of judges, was enough to win first place in April in the national Redefining Investment Strategy Education conference in Dayton, Ohio.

8. Dance Dance Revolution. KU offers classes in all kinds of recreation through the Department of Health, Sport and Exercise Sciences, whether it’s bowling, disc golf, sand volleyball or Ki-Aikido, a spiritual martial art in which one of the main objectives is to become one with the universe.

But perhaps the most unusual of the classes is the one-credit class Susan Hoffman teaches in “Dance Dance Revolution,” a video game in which participants move their feet around a pad to keep up with dance steps on a computer screen.

Hoffman, associate director of union programs for the Kansas Memorial Unions, began teaching the course in spring 2006. Students come on Friday mornings to the Jaybowl in the Kansas Union, where there’s an arcade version of the game and four TV screens hooked up to the game.

Hoffman said it can improve students’ coordination and self-confidence, in addition to getting their heart rate going.

“It’s definitely a workout … It’s the video game that actually helps you with exercising if you want it to,” she said. “I’ve had students tell me that they’ve taken a full load of classes but they so much looked forward to Friday because it was really a mental health day … It wasn’t a topic that was going to solve all the world’s problems, but it was just a great stress reducer for them.”

9. Building a race car. KU seniors in mechanical engineering have the option of taking part in a “formula car challenge” as part of their capstone design courses. The goal is to build a lightweight, high-performance race car that will be tested against cars built by engineering students from other schools.

The KU team of about 30 students, known as Jayhawk Motor Sports, starts designing the car at the beginning of the school year and typically finishes building it in the spring, in time for a series of competitions across the country.

“This car is designed new from the ground up,” said Robert Sorem, associate dean of engineering. “Everything is simulated on a computer. Before we ever start cutting metal or cutting carbon fiber, we pretty much know what it should do.”

This year, KU’s car, which goes from 0 to 60 in about four seconds, finished 10th in an international competition held in May at the Ford Michigan Proving Grounds in Romeo, Mich. The competition judges cars’ performance in categories such as high-performance track endurance, acceleration, presentation, design, cost and technical inspection.

10. Exploring Kansas history. For a spring 2007 history class, a group of 54 students in doctoral student David Peavler’s class each picked a Kansas newspaper in existence in the late 19th century and studied what the newspapers reported at the time about the exodus of blacks to Kansas in 1879.

One student found an article in the Miami Republican stating that Kansas was too cold for blacks. Other students were surprised to see the open political leanings of the papers, which shaped the news content at the time.

Peavler said there’s little in modern textbooks about the exodus, in which 10,000 to 20,000 blacks left the south after the Civil War to settle in Kansas.

“Textbooks tell a simple story, a happy story,” Peavler said in a prepared statement. “This was not always a happy story. In Atchison, they were lining up with rifles. They didn’t want the African-Americans to come to Kansas.”

The research papers will be printed and bound for distribution at local libraries and the state historical society.