Huskers fortunate to have Lucky

Running back had breakthrough game against Troy, with 156 yards, 3 long TDs 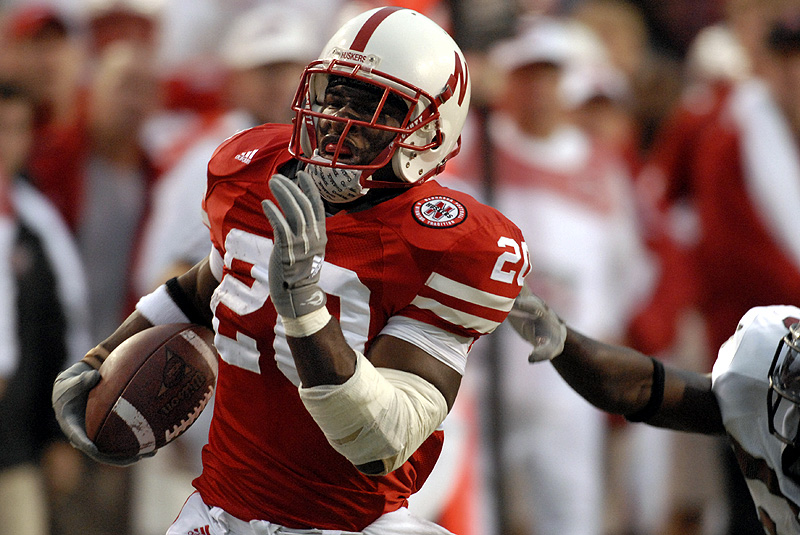 Nebraska's Marlon Lucky bolts for a touchdown against Troy in this file photo from Saturday. Lucky had TD runs of 34, 45 and 51 yards against Troy.

Lincoln. Neb. ? To this day, Nebraska football coach Bill Callahan’s biggest recruiting victory may have been North Hollywood, Calif., running back Marlon Lucky, who signed with the Huskers in 2005 as one of the nation’s top rushing prospects.

Nebraska fans are starting to see why Lucky was so in demand just two years ago.

After playing as a true freshman behind Cory Ross, Lucky is on top of the depth chart for the Huskers now, as they play Kansas University at 6 p.m. today at NU’s Memorial Stadium.

Lucky had 10 carries for 156 yards last week against Troy, and he certainly went out with a bang – his last three runs of the night were 34-, 45- and 51-yard touchdowns.

“I think Marlon has acquired a good feel for the system and has confidence in his ability to read and cut,” Callahan said. “I think it came to fruition Saturday night.”

Lucky struggled and managed only 28 rushing yards at Southern California – near his hometown – but averaged 8.2 yards per carry in Nebraska’s other three games, all blowout victories.

During last week’s game against Troy – a 56-0 Huskers victory – Lucky played through elbow soreness to have his breakout performance. Callahan even cited Lucky’s work in pass protection during the game.

“We’re really proud of that,” Callahan said, “just as much as his ability to run the football.”

What Lucky – along with other lower-impact runners on the roster – does for Nebraska’s offense is make it whole. Quarterback Zac Taylor already had proven his effectiveness and this year has thrown for 872 yards, eight touchdowns and just two interceptions. A solid offensive line – one KU coach Mark Mangino thinks is significantly better from the 2005 version – has made it all work behind the scenes.

But Lucky has oiled the machine even better. He had a slight impact on NU’s 2005 team, running for 129 yards and having a kickoff return for a touchdown wiped away by a penalty against Kansas.

But Troy may have been Lucky’s coming-out party. It certainly was worth the wait.

“He did a good job of hitting the creases,” Taylor said. “The holes were there. It’s not easy to see for everybody, but watching it on film, he was real smooth in his running.

“He accelerated and made guys miss. Some guys had the angle on him early on, and he just outran them to the end zone. It was good to see that he was just playing fast.”