Bottle or tap? Depends on taste

Pamela Krommendyk stood by the produce aisle at the Community Mercantile. In her cart were two gallons of distilled water.

The Lawrence resident has been drinking bottled water for more than 30 years. She won’t drink the city’s tap water.

“I don’t like it; it makes me sick. I’ve tried drinking it, but I get really bad stomachaches from it,” said Krommendyk, 49, a mother of two.

But just what is it that they’re drinking?

While some people believe that water they purchase tastes better and is better for them, those who keep an eye on the water at the water treatment facilities say tap water is just as clean and safe as bottled water.

At 9 a.m. at the Clinton Water Treatment Facility at 21st Street and Wakarusa Drive, operators are pulling test pipes and flasks out of a pool of water. Their goal: provide Lawrence with clean drinking water. 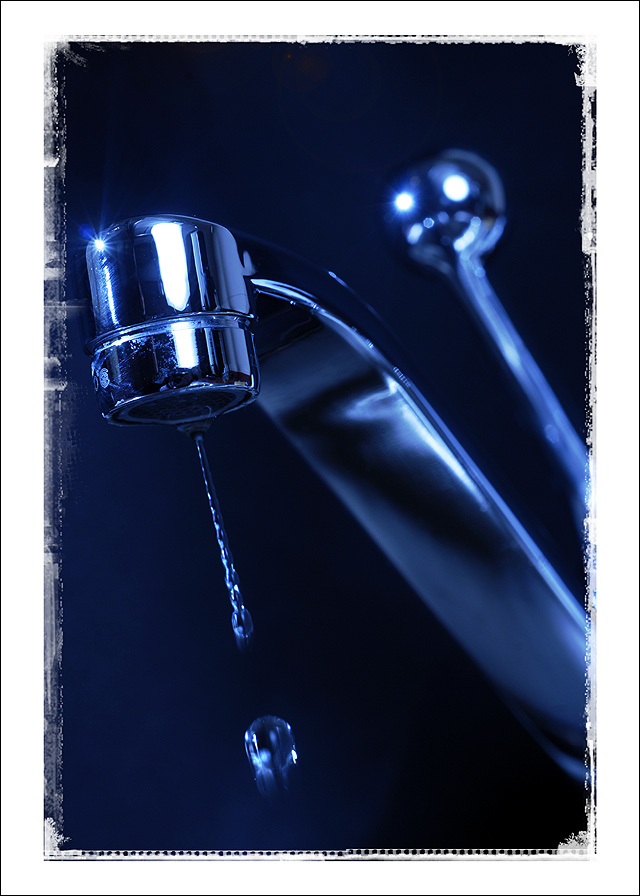 Keith Whealy, water treatment manager, explained that operators run tests every two hours to ensure that the water they are distributing to the community meets the highest standards.

They test for things such as temperature and turbidity, which is the amount of suspended particles in the water, hardness of the water and chemical and mineral content. That includes chlorine residuals, acids, alkalinity, and pH level, all to make sure that the amount of each does not exceed recommended values and remains healthy for people to drink.

Whealy, as well as state and federal water regulators, believes this process assures that the water that comes out of Lawrence faucets is safe.

“I think it is an extremely fine product. I drink it and I give it to my family,” Whealy said. “It hurts to see so much money spent on bottled water when they could use our water.”

As Whealy led a tour of the treatment facility, he explained the process that makes him confident in the water that he delivers to the city.

Whealy explained that once the water enters a treatment facility, it begins a five-step treatment process to remove bacteria and dangerous components.

After the water is filtered and ready for distribution, it flows into the water mains in Lawrence. The water finally flows into 1-inch copper pipes that lead into Lawrence homes.

Minor problems do occur every day from facility to facility. Usually they involve taste and odor complaints or fears of running out of water during the dry summer months. Nevertheless, Whealy said, the facility has never failed to meet federal regulations, nor has it run out of water.

Paul Liechti, assistant director of the Kansas Biological Survey, said the water that people are drinking doesn’t go directly from the plant into their homes.

“They have to look at the pipes and things in the person’s household. There is a lot of distance between the water from the treatment plant into your tap,” Liechti said.

So what is in the city’s water?

This summer, Lawrence residents received a brochure titled “The Water We Drink 2006” from the city of Lawrence Department of Utilities. The brochure reported a lot of statistical information, from chlorine and bacteria to atrazine and alkalinity.

The brochure is actually the Consumer Confidence Report, issued each year by the city to assure residents that what they are drinking is safe. At least one independent observer gave the report a passing grade.

“The basic idea is that the consumer can compare the city’s water supply with the Environmental Protection Agency regulations to see how close the two are,” said professor Steve Randtke of Kansas University’s Department of Civil, Environmental and Architectural Engineering. “The numbers all look fine to me. I don’t see anything at all to worry about.”

See the levels of various contaminants in Lawrence water.

Liechti, of the Kansas Biological Survey, agreed with Randtke and said there was nothing to worry about in the report.

“They are well within any federal regulations,” he said. “It is healthy water. It is good water.”

The Merc is known for its health food. The store carries about 10 brands of bottled water and its own locally distilled water.

The 2-cent-a-gallon of water out of the tap and the 45-cents-a-gallon water the Merc sells starts at the same place: the Lawrence water treatment facilities.

The difference is that once the water reaches the store, it goes through a four-chamber distillation process.

“Tens of thousands of gallons of our water is sold each month,” Jeanie Wells, Merc general manager, said. “It is the cleanest water that you can possibly have.”

Distillation turns water into vapor and then back into a liquid, leaving impurities behind. The Merc’s distillation process removes compounds or minerals that give water its taste.

Merc customer Jeanne Johnson lived in Lawrence for more than 25 years. Her parents still live here. She said her family was leery of Lawrence water.

“I immensely hate the taste of this water. I thought that I hated all water, until I was in college visiting a friend who had a filter,” Johnson said. “Then, I knew it was just the water I drank. I still hate the taste of Lawrence water.”

Most commercial water bottlers start with municipal tap water. Then they distill or filter out minerals and chemicals, the things that give water its taste. Technically, pure H2O has no odor or taste. Just what is in that water, once they treat it, isn’t always clear.

Aquafina, one bottled water brand, comes from a municipal water supply and then goes through a filtration and reverse osmosis process.

“It is EPA water that we filter through the Hydro-7 process,” said Nicole Bradley, Pepsi-Cola North America public relations representative. “This process consists of seven filtration steps. A lot of other waters add in minerals, but we don’t,” Bradley said. “It is just purified water.”

In the end, bottled water is more a matter of taste than of health, most observers agree.

Still, many customers have no intention of giving up their bottled water.