Prosecutors had hoped for a first-degree murder conviction

A jury on Wednesday convicted a Gardner man of the lesser charge of second-degree murder for the March 4 shooting at a birthday party in Baldwin.

The verdict means jurors believed 25-year-old Hinndley K. Espinales shot and killed Alvin Sanchez intentionally, but not with premeditation, as prosecutors had alleged.

Espinales will be sentenced Dec. 5 and remains in Douglas County Jail.

There was no dispute during the three-day trial about whether Espinales shot and killed Sanchez, 27, of Olathe, the husband of Espinales’ stepsister. It was a question of which crime Espinales committed: premeditated first-degree murder, which carries a penalty of 25 years to life in prison, or a lesser crime such as intentional second-degree murder, which carries a minimum sentence of nearly 13 years.

The fact that Espinales went to his truck to get a gun, came back inside and pulled the trigger shows that there was premeditation, Dist. Atty. Charles Branson told jurors during closing arguments.

“He thought about it before he did it. He went out to that truck. He got that gun. He chambered a round. He ran back into the house, and he didn’t miss,” Branson said.

More about the case

But Branson said after the verdict that the issue of premeditation is a difficult one for jurors. Some people think the defendant must have had some “ornate plan” in place for a killing to be premeditated, he said.

Defense attorney Albert Freeman argued during closing arguments that Espinales was too intoxicated for the killing to have been premeditated.

“There was no plan,” Freeman said.

Jurors declined to grant interviews about their decision after the verdict, and Sanchez’s widow also declined comment.

Branson said he felt the case had to go to a jury trial, and that he didn’t consider letting Espinales plead to a lesser charge. 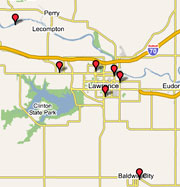 “Generally, we’re very pleased with the outcome of the trial. It’s a very tragic case,” he said.

Jurors brought back their verdict about 4:45 p.m. after about 3 1/2 hours of deliberating.

Exactly what prompted the shooting remains a mystery. It happened at a birthday party for Hinndley Espinales’ father, painter Rufino Espinales, after both men were in a physical fight inside the home.

Branson initially said that testimony would show that Sanchez was upset about the way Espinales was dancing with his wife about a week before the shooting, but witnesses discounted that motive during the trial.

“These two guys didn’t have an issue with one another. There’s no deep-seated problem,” Freeman said.