‘Da Vinci Code’ too mainstream to be mysterious, controversial

The very fact that there are certain groups who don’t want audiences to watch a movie is usually reason enough to go see it.

In the case of “The Da Vinci Code,” this is a rather sizable group: the Catholic Church.

But this time the church isn’t just trying to shut down an indie comedy (like “Dogma”) or a foreign art film (like “Hail Mary”). It’s taking on HOLLYWOOD.

As far as a battle of religion vs. pop culture goes, this is in the class of Ali vs. Foreman.

Yet once the film embeds itself in thousands of multiplexes and all the “controversy” begins to simmer down, rational viewers will realize the project doesn’t warrant much hoopla.

That’s because “The Da Vinci Code” is so irrefutably mainstream. 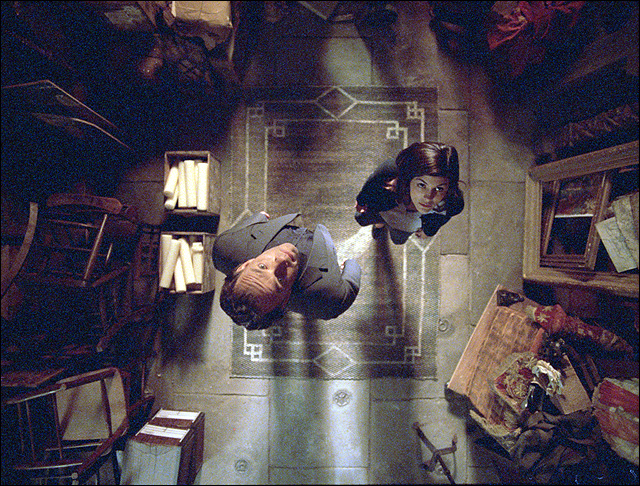 Tom Hanks, left, and Audrey Tautou star in the religious-themed suspense-thriller The

Ideas that are genuinely challenging to people’s beliefs don’t come from sources like Ron Howard. His movie is a professional, workmanlike effort – a passable potboiler and not much more.

“What if the world discovered the greatest story ever told is a lie?”

That’s the central question behind this detective-thriller. Hanks plays Robert Langdon, a Harvard professor of religious symbology who teams with French police cryptologist Sophie Neveu (Audrey Tautou) to solve a murder of a colleague at the Louvre.

Clues left at the scene lead the pair on a chase to unravel a mystery involving the legacy of Jesus Christ that could dismantle the core of Christian theology.

Hot on their trail is a self-flagellating monk (Paul Bettany) and a French detective (Jean Reno) with church connections of his own.

Those who haven’t read Brown’s outrageously popular novel may notice a certain familiarity to the film adaptation.

Ever seen “National Treasure”? Just substitute the iconography of Christianity with that of the American Revolution, and the template is the same.

More about ‘The Da Vinci Code’

Scholarly geek teams with beautiful smarty-pants. They hunt a precious device whose whereabouts are hidden in a world-famous item (the “Mona Lisa” instead of the Declaration of Independence).

Bad guys who want the same thing pursue them, as do members of law enforcement. They are aided by an elderly scholar who gets kidnapped by these bad guys (Ian McKellen in “Code” and Jon Voight in “Treasure”).

Each new discovery leads to another needed item before the puzzle can be solved. Double-crosses and lots of digging in church basements ensue.

It’s easy to see why plots like these work so well. They put the viewer in the shoes of a resourceful sleuth, while throwing in enough historical babble to make one feel that something valuable is being learned.

Whereas 2004’s “National Treasure” had a breezy, goofy fun to it, “Da Vinci Code” often suffers from the “it will change the fate of the world” syndrome. Everything is so serious that the whole thrill of the chase is often encumbered by too much self-importance.

Talk about a flick that could use more comic relief.

Screenwriter Akiva Goldsman – whose work ranges from Howard’s Oscar winner “A Beautiful Mind” to the embarrassing “Batman & Robin” – is saddled with material that is hard to translate into movie speak. There is so much exposition to deliver (and a huge part of it is in historical and personal flashbacks) that Goldsman should be commended for crafting a picture that is actually quite easy to follow.

He is aided greatly by McKellen as Holy Grail expert Sir Leigh Teabing. There are few actors on the globe better at making grandiose explanatory dialogue more palatable. 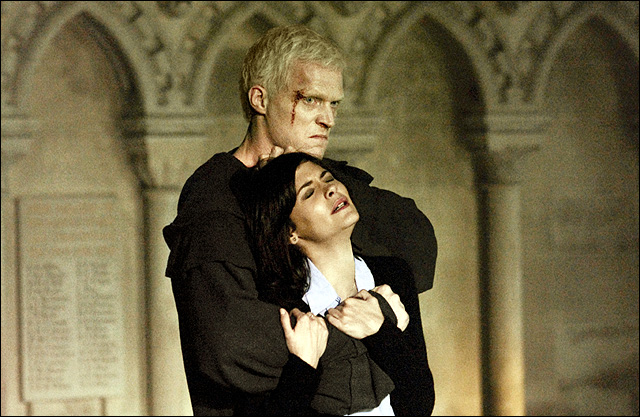 Try saying this aloud without laughing: “We are in the middle of a war. One that has been going on forever to protect a secret so powerful that if revealed it would devastate the very foundations of mankind.”

Throw in long discourses about the Knights Templar, Opus Dei and “sacred feminine,” and it’s easy to see why these concepts work just fine in print but don’t do anything to help the pacing of an action movie. The tradeoff is that the film is more superficially interesting than it is genuinely entertaining.

“The Da Vinci Code” adaptation is neither success nor disaster. It is simply the product of Hollywood inevitability when a book of this sort makes such on impact on popular culture.