Stone’s skills haven’t ripened with confidence; they have dwindled into campiness.

In “Basic Instinct 2,” the 48-year-old tries desperately to prove she is still a sex symbol – tries in the same way a 6-year-old does when badgering a parent to pay attention while she does flips on the monkey bars.

Her every line of dialogue, every gesture, every hussy lip smack screams “I’m too sexy for this movie.”

Stone returns as novelist Catherine Tramell, who again becomes the suspect in a kinky murder. This time the action moves from San Francisco to London, where she lures Scotland Yard-appointed psychiatrist Dr. Michael Glass (David Morrissey) into her cat-and-mouse game with the law.

Glass identifies his patient as having “risk addiction.” She does a little analyzing of her own on the good doctor when she tells him, “Some guys are into blondes, and some guys are into killers.” 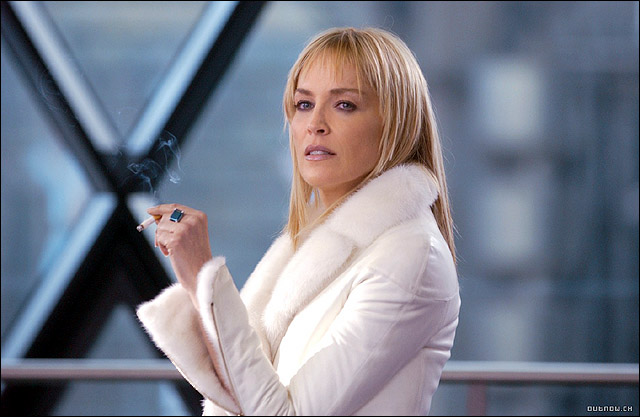 As the bodies pile up around them, Glass begins jeopardizing his career and sanity to try and stave off the siren’s arrant advances.

“Basic Instinct 2” is hardly unwatchable, because the film is competently made by director Michael Caton-Jones (“City by the Sea”). He pushes the envelope in a glossy Tinseltown way, with orgasmic techno music and phallic set pieces where even the windows subliminally form X shapes.

He also concocts one fairly provocative seduction scene that riffs on Stone’s famous leg-crossing opus from the first picture.

Caton-Jones attempts to deliver dialogue that has the frank, explicit impact of a superior project such as “Closer.” But more often than not, his sequel only musters the mechanical naughtiness of one of those half-hour Cinemax shows with names like “Hollywood Bordello.”

Helping matters is that the rest of the cast does its best to not go down with Stone’s sinking ship of a performance. (It’s hard to believe she was once an Oscar nominee for “Casino.”) Leading man Morrissey (“Derailed”) is actually quite good in the role of a conflicted Ã¼ber-professional. He has a Ralph Fiennes-type subtlety where his mannerisms speak more than his words.

Also impressive is veteran British character actor David Thewlis (late of the “Harry Potter” series) as the sleazy detective who is investigating the escalating crimes.

Or is he really sleazy? One of the strengths of the story (written by Leora Barish and Henry Bean) is its commitment to remaining ambiguous. Characters are constantly straddling the line between victim and aggressor, criminal and innocent – often within the same scene.

All except for Stone’s Tramell. She seems to be a figure solely composed of the seven deadly sins, with lust taking top billing. To try and manipulate the viewer into thinking she is anything but a spoiled, aloof dragon lady is a hopeless trick. 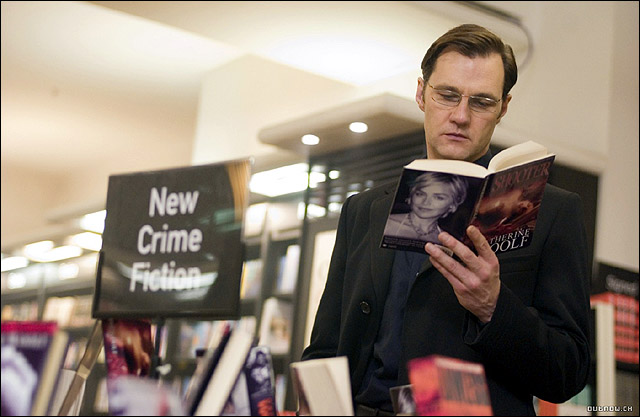 As Thewlis’ investigator concludes, “Even the truth’s a lie with her.”

At least “Basic Instinct 2” features an overall story that may keep audiences guessing, even when there is little mystery as to whether Stone’s acting abilities have disintegrated.