Campus housing not what it used to be

These days, just sharing a room can be too much for a college student. But when John Conard went to Kansas University in the 1940s, he had to share a bed.

“My bedmate for those three years was Paul Gilles who later became distinguished professor of chemistry at the University of Kansas,” Conard, 84, recalled. “He said that I snored terribly, and I told him that he had restless legs all night. You know, we tolerated our imperfections and didn’t feel abused.”

Conard’s and other tales are told in a new book by Fred McElhenie, “Making Do & Getting Through: KU Co-ops, Halls and Houses 1919-1966,” which will be published next month.

McElhenie, a semiretired researcher and writer for KU’s student housing department, tracked down more than 900 KU alumni and gathered their memories.

“I said, ‘I want reminiscences of what you recall,'” McElhenie said. “Some are very funny. Some are very sad.” 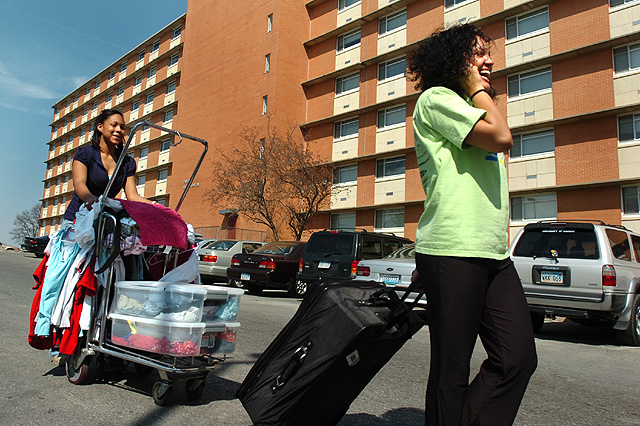 And, in many cases, they depict student experiences that young people today would consider foreign.

Curfews. Dress codes. Chores. And an existence devoid of the televisions, DVD players and mini refrigerators that are essential to college life today.

“Look at the title of the book,” McElhenie said. “They didn’t have all of the bells and whistles that you find in the halls currently.”

Jacquelyn Miller, a KU freshman who lives in Lewis Hall, said the downside of her on-campus living quarters was the size.

But there are high points, she said.

Conard, a former KU administrator and speaker of the Kansas House of Representatives, recalled living with 24 men who shared Jayhawk Co-op, then at 1614 Ky. They slept in double-size bunkbeds, 12 men to a room.

“Our living costs were never above $18 a person each month,” he said. “That covered all our food and our lodging and utilities and telephone.”

Conard went on to live in another co-op with a similar situation. The students were in charge of the cooking and cleaning of their quarters. The men had to keep the furnace going in the winter. 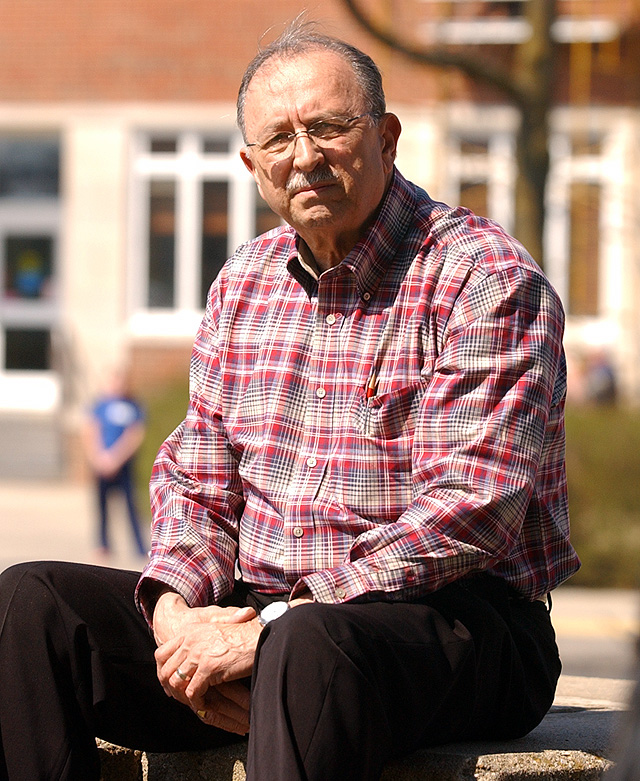 Lawrence resident Fred McElhenie, a semiretired researcher and writer, has written a book about the history of Kansas University housing.

“The young men would scoop the coal into the furnace and keep that fire burning all through the day during that cold weather,” he said.

Amenities? Conard doesn’t recall too many of those.

“We had to either make furniture or go out to the used furniture markets and buy furniture, which was especially difficult because we didn’t have any capital either,” he said.

Conard said he and his roommates went to the bank and asked George Docking, who went on to become Kansas governor, to borrow $500 to help furnish their house.

“He sat there and he listened to our long story and I remember him sitting back in his chair and saying, ‘Boys, I’m sorry to tell you that this bank can’t lend you one cent … but I personally can lend you $500,” Conard said.

Have an interesting story of your days in KU student housing to share? Share it with us below.