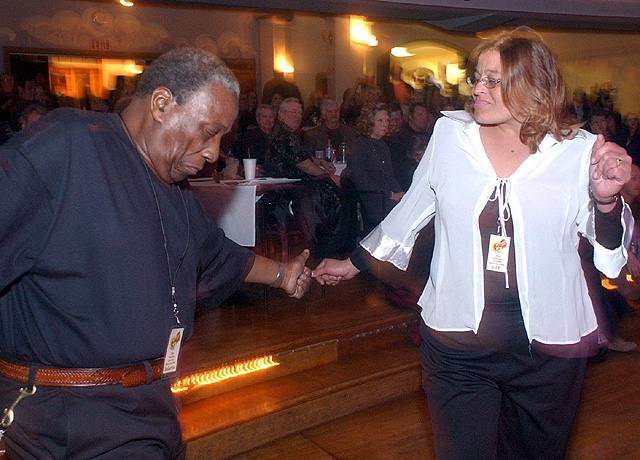 Odell Reed, of the group King Midas and the Muflers, Hutchinson, and Tina Odell, Tulsa, Okla., dance to the music of Fundada during the Kansas Music Hall of Fame ceremony. The Saturday night event honoring musical groups from across the state was at Liberty Hall, 642 Mass.

“Like this hall-of-fame concert, sometimes you can have your own way. Well, all right,” he sang, which was a line from “Good Time,” a song he wrote.

Neal performed with The Jerms, his old Highland Park High School band, which was inducted with seven other bands and artists as the second class into the Kansas Music Hall of Fame.

Neal now operates a studio and performs with the blues band Johnny Neal & The Bluesprint, based in San Jacinto, Calif. The Jerms hadn’t played together for 35 years, but they picked up about where they left off, Neal said.

“It was magic,” he said before their performance.

Bill Lee, of Lawrence, and president of the hall of fame, said The Jerms were “Topeka’s answer to The Beatles.”

It was a night of reunions and honors for about all of the inductees. And the audience of about 400 people was treated to dancing and swinging melodies. 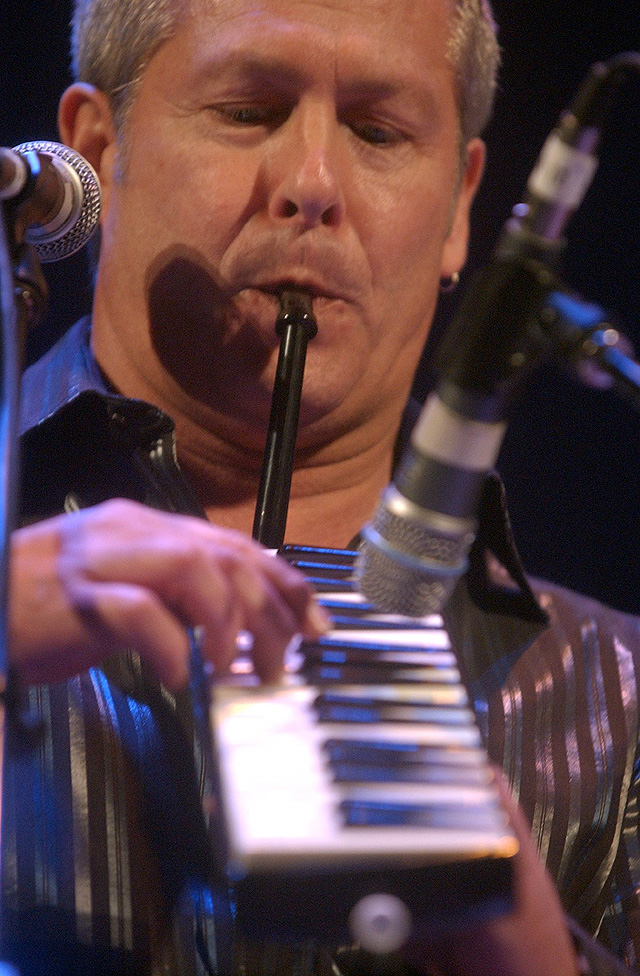 Michael Murphy, Kansas City, Mo., of the group Fundada, plays the melodica during the event.

Gov. Kathleen Sebelius and her husband, Gary, a member of the hall’s board of directors, were scheduled to attend the event after the governor finished her business at a meeting, Liberty Hall staff members said.

Another hall of fame band that had to get back in the groove after a 37-year break was Spider & The Crabs. The band started at Kansas State University and has had several generations of musicians over the years, guitarist Don Wierman said.

The band played Chicago and Blood, Sweat & Tears cover songs. They also took the stage during the first wave of performances Saturday night.

“Absolutely, it just kind of added a little extra spring to the step,” Wierman said about being honored. 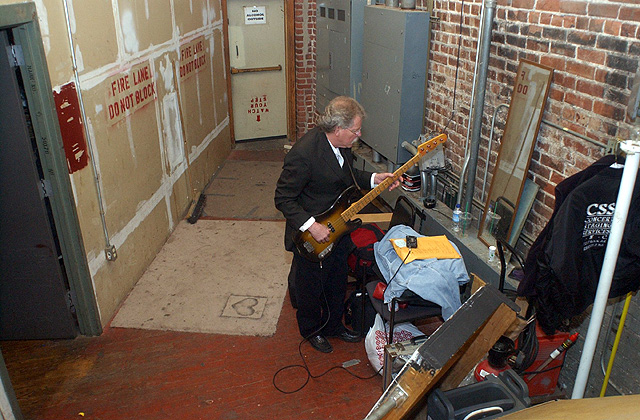 Dennis Fox Higgins of the group Spider & the Crabs tunes his bass backstage before the start of the Kansas Music Hall of Fame ceremony. The Saturday night event honoring musical acts and artists from across the state was held at Liberty Hall, 642 Mass.

He now works in Minneapolis.

The band, Eric & The Norseman, also reunited. It formed at Kansas University in the 1960s.

“If it wasn’t for you folks and them, we wouldn’t be here,” said Roger Johnson as he thanked fans and family members in the band’s acceptance speech.

Grammy-winning pop musician Melissa Etheridge, who is originally from Leavenworth, was part of the class. She was absent from the ceremony while she attended a cancer benefit. Her high school classmate and Leavenworth’s Mayor Pro Tem Laura Janas Gasbarre accepted the award on Etheridge’s behalf.

Others inducted were Gene Clark, a former Byrds guitarist; Jerry Hahn, a jazz guitarist; King Midas & the Muflers; and Kelley Hunt, an R&B singer and keyboardist from Lawrence.

Charles A. “Bud” Ross, founder of Kustom Electronics, was given the Directors Award.