Just months ago, Deborah “Misty” Gerner was in the Palestinian town of Ramallah, absorbing the region’s reactions to the fall from power of former Israeli Prime Minister Ariel Sharon because of a stroke that left him in a coma.

“Everyone agrees that it is a profoundly important event and that whether one adored or detested Sharon’s policies, he has certainly been one of the most important military and later political figures on the Israeli scene,” Gerner had said at the time.

Gerner, a Kansas University political science professor and expert on the Arab-Israeli conflict and Palestinian nationalism, died Monday following a long battle with cancer. She was 50.

Gerner’s husband, KU professor Philip Schrodt, said Gerner wanted to contribute to the world by bringing a greater understanding of the Middle East.

“That’s what she wanted to give her students: a sense that it was a place that people could understand,” Schrodt said.

Gerner first joined KU in 1988 and is credited with helping turn KU’s international relations program into a vibrant one.

She won several awards, including KU’s Kemper Award for teaching excellence. She also authored several books, including “One Land, Two Peoples: The Conflict Over Palestine” (1994). 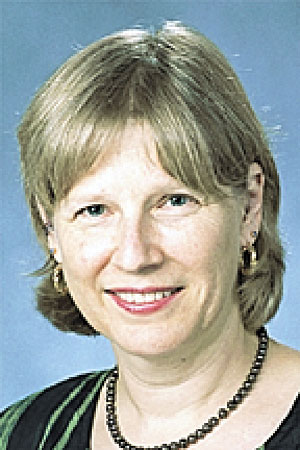 “She was the resident expert on the Middle East,” said Elaine Sharp, chair of KU’s political science department.

“She was trying to figure out what made the place tick,” Schrodt said.

She adopted the Quaker commitment to peace and social justice.

Lieberman said Gerner battled her illness for many years.