The other day, Brad Totman says, his wife came home nearly in tears.

Some neighborhood children who play with the couple’s 3-year-old daughter had said they couldn’t play with her anymore because Totman might “touch them.”

The reason: Totman is a registered sex offender, and his picture recently had been published in the local paper in Pittsburg near his home in Mulberry. His crime, which happened in the late 1990s, was having consensual sex with a 15-year-old girl when he was 19.

That girl is now his wife, Kristal. They have been married three years.

Kansas has had an “offender registry” since the mid-1990s, designed to alert the public to the presence of dangerous criminals – mostly sex offenders – in their midst. Offenders must register with the Kansas Bureau of Investigation and keep their name, current address and photo on a public site.

But Totman says it’s not fair – and misleading to the public – that the registry paints people like him with the same brush as it paints, say, someone who grabbed a child off the street or broke into a home and raped a person. He says the registry instills fear in the public, without providing any meaningful information about what a person actually did to land himself on it.

Brad Totman with his wife and child.

“It’s lumping you in with pedophiles and rapists, when in fact it’s a consensual thing, especially when you have a continuing relationship with the person,” Totman said. “I want to make waves. I want to see changes.”

‘Way out of proportion’

Sex offenders garner little sympathy in the public eye, and conventional wisdom is that no politician would ever brag about passing laws to make life easier for such a population.

This year, in fact, the Legislature made life harder for people like Totman. The much-touted “Jessica’s Law” didn’t just increase penalties for child molesters; it required all registered offenders to start visiting their county’s sheriff twice a year and paying a $20 fee each time, in addition to the pre-existing requirement to verify their address every 90 days through the mail.

The change, which took effect July 1, also increased the penalties for violating the registration law – for example, by failing to send back a letter. That crime is now a level 5 felony that calls for prison time, on par with violent crimes such as involuntary manslaughter.

The changes concern Ron Stegall, Douglas County’s chief executive probation officer. He pointed out that the penalty for failing to register was far more serious than that handed down for many of the crimes that required someone to be on the registry in the first place.

“I’m certainly not suggesting there should be no penalty for failing to register,” he said. “To me, the penalty is way out of proportion to the crime itself.”

Totman, for example, was convicted of “lewd and lascivious behavior,” a misdemeanor. But if he makes a paperwork mistake, he could go to prison for nearly three years.

Another concern of Stegall’s is that the registry makes no distinction between what he called a “really, really bad guy,” and a “not-such-a-bad guy” who made a youthful mistake. He’s not suggesting that sex with an underage person should be legal – just that the state needs to make a distinction between types of sex crimes.

“For an 18-year-old who has sex with a 15-year-old, who even gets married to the 15-year-old, that’s not the same as a rapist,” he said. “There’s differences between the severity of these offenses, and I think that’s not what’s recognized in the law.”

House Speaker Doug Mays, R-Topeka, said the Legislature has traditionally “cast a pretty wide net” in determining who’s on the registry. He said there had been efforts to try to provide more detailed information about offenders to the public through the site. 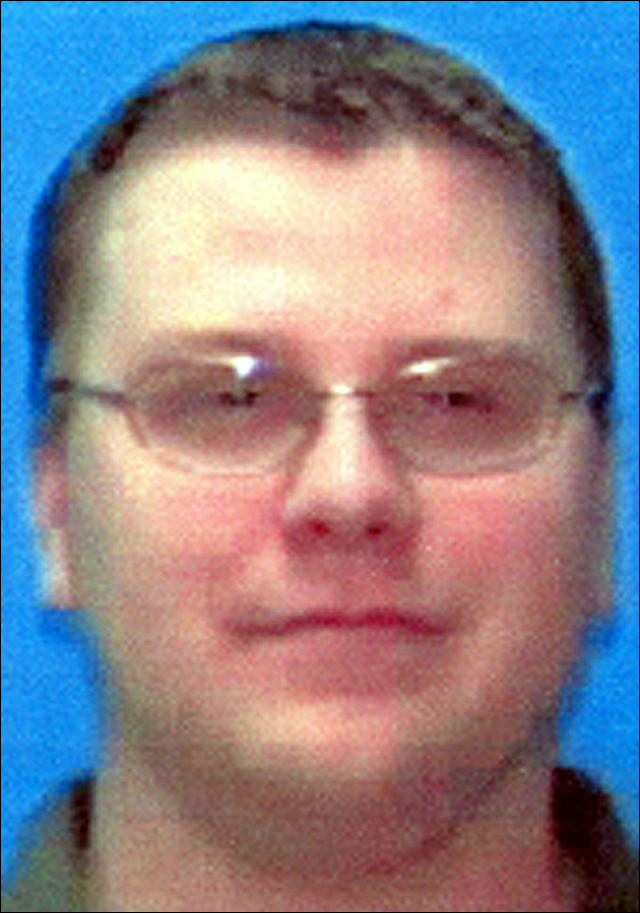 “There has been some concern with what is called the ‘Romeo and Juliet’ relationship, and having individuals with consensual relationships,” he said. “I think it’s something that has been looked at and continues to be looked at by the Legislature.”

Information wasn’t available Friday from the KBI about how many cases on the offender registry are similar to Totman’s.

It’s clear, however, that his isn’t the only case of its kind.

A 25-year-old Lawrence man is on the registry for having sexual contact with his underage girlfriend in May 2003. He was 21, and she was about three months shy of her 16th birthday when police found the two in a compromising position in a car at Oak Hill Cemetery.

She was the younger sister of one of his best friends.

“She kind of pursued me for a relationship. … I wasn’t really what you’d call a ‘ladies’ man’ to begin with,” he said. “Any interest from the opposite sex, I wasn’t going to deter that.”

A crime? Certainly. Under Kansas law, anyone under age 16 is not considered able to consent to sex.

But today, the couple is still together. On a recent afternoon, the man and his girlfriend, who’s now 19, sat on the couch of her home near Lawrence High School, her arm draped over his leg.

The man – whose face is on the registry for anyone to see but agreed to talk for this article using only his initials, A.R. – said he knew there were legal risks to their relationship, but he didn’t care.

“It was human emotion – just raw human emotion. It wasn’t, like, a need for any type of sexual gratification,” he said.

He was convicted of “attempted aggravated indecent liberties with a child,” a felony, but was given probation. As one condition, he had to attend sex-offender treatment, where he recalls attending group therapy with some men who fit the more traditional definition of a child molester.

“They’re explaining to the counselor their innermost desires. I’m sitting there all meek,” he recalled.

When he was asked to describe his sexual fantasies in therapy, he said he recalled thinking, “I have no idea. I don’t feel like that, that’s for sure.”

He was ordered not to have any contact with the girl while he was on probation. But he said he received special permission from the judge to attend her high school graduation.

He has to register until 2009. Early this year, he was convicted of a violation of the registration law. He said it was because he forgot to mail back his letter in time to verify his address.

He was given probation – but that’s because his crime happened before the new law took effect. If it had happened a few months later, he might be in prison right now.

His girlfriend says she doesn’t feel like she’s a victim of anything. Still, he has trouble finding a job in Lawrence because of his listing on the public site.