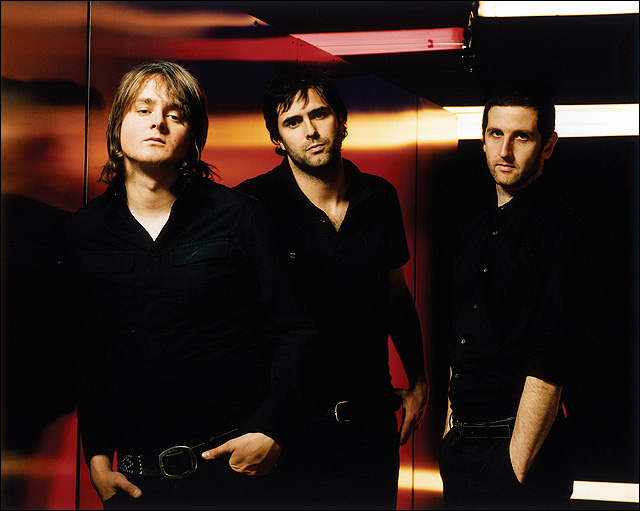 It’s tough to name a band that accomplished more in its first full year in the spotlight than Keane did in 2005.

The group’s debut album, “Hopes and Fears,” sold more than 5 million copies. The acclaim earned the trio a Grammy nomination for best new artist. And when Keane wasn’t headlining its own worldwide shows, it was touring as the opening act for U2.

Unfortunately, all the band’s hopes AND fears became realized.

“The first album was so amazingly successful for us that we went a bit mad,” drummer Richard Hughes says.

“We stopped talking to each other like we used to. We got bogged down in the day-to-day process of being a band and traipsing around the world. By not being able to mix things up a bit and go into the studio and create stuff, everything got a bit stale for us – including our friendship.”

It was an odd experience for the Keane members, who had grown up as childhood pals in the small town of Battle in East Sussex, England. (The place is best known as the site of the Battle of Hastings in 1066 – the last time the kingdom was conquered by a foreign power.)

“If we hadn’t got that (longtime friendship) to fall back on, I think we would have given up on it,” says Hughes in a phone interview from Los Angeles. “It’s a bit like what I imagine being married is like: If it’s a new relationship, you’d be tempted to just say ‘bollocks’ to it. But we kind of had the rings on our fingers, and we wanted to give it one more go.”

The one more go became the band’s just-released sophomore album, “Under the Iron Sea.” The disc further showcases the act’s proficiency at crafting moody pop songs driven by keyboard riffs and the suave falsetto of singer Tom Chaplin.

Hughes says, “The new record is a definitely darker and atmospheric affair than the previous one, but it still rocks.”

Rocking has always been a debated concept when pertaining to Keane. For starters, the band has one of the most unique lineups in the industry: keyboardist, bassist, lead singer.

But it’s not like the trio is composed of a xylophonist, Theremin-player and yodeler. There has to be another act out there with the same lineup, right? Like … hmmm.

“I’m sure there must be some, but not that I have seen play. The weird thing is that it just sort of happened by accident rather than by some clever idea that this would be the ultimate way to do anything,” Hughes says.

The lack of a guitarist or bassist has always implied that Keane is more of a pop vehicle than a true rock band. But Hughes is quick to quash that assessment.

“Tom is a rock frontman. I play the drums like a rock drummer. Tim (Rice-Oxley) rocks on the piano. Playing the piano in a rock band has a long history, you know, since Little Richard or whatever. And Tim breaks strings. You’re not supposed to break strings on the piano – and not just the thin ones. He’ll break strings in the middle of the piano or the bass strings. He hits it hard. There have been gigs where the keys have been covered in blood because he cut his hands,” he says.

“It’s not as if the world needs another band with two guitarists, a bass player and a drummer. There are plenty of them, and many of them are brilliant. We have nothing against the guitar, but it’s nice to give people something different.” 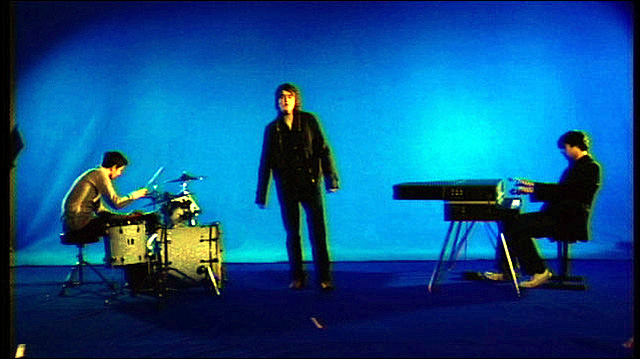 Keane performs during a shoot for its Bedshaped video.

The members of Keane first started their career by dabbling with other people’s songs in 1995 when they were a four-piece (featuring a guitarist) called The Lotus Eaters.

“We never went out and played gigs as a cover band,” the 30-year-old drummer says. “We just learned our instruments by playing along with albums – old Brit pop, Oasis, Blur, Pulp, all those bands that were exploding at the time.”

The ensemble adopted the name Cherry Keane in honor of a lunch lady Chaplin and Rice-Oxley knew from their grade school. It was subsequently shortened, along with dropping their guitarist. Reportedly, the trio originally pondered going by the name Coldplay, but found the tag too depressing. So Rice-Oxley suggested it to his college friend Chris Martin – the future singer of the eventually named Coldplay.

That association has come to haunt Keane, as the group is often likened to its fellow piano-heavy mega-group. 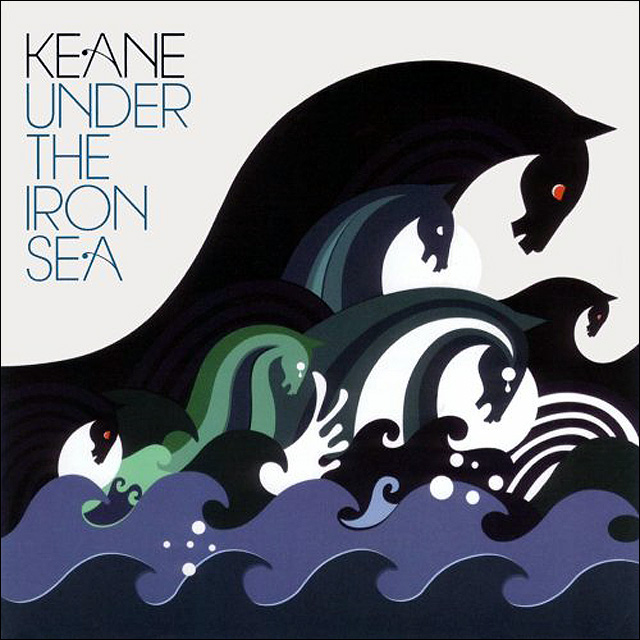 Keane will make a quick stop in Lawrence for the Bleeding Kansas Arts & Music Festival, then it’s off to Thailand, Japan and England – all in the span of two weeks.

It won’t be the first time Hughes and company have performed in Lawrence. They came through in 2004 during their first stateside tour for a show at The Granada, 1020 Mass.

“I actually love seeing different parts of the world,” says Hughes, who uses his downtime to take photos on the road for an eventual book collection.

“I remember having played in Lawrence, Kansas, before. We played at a theater on the main street. It was right off of a cafe and music shop. There was a drum kit in there that my drum tech really should have bought, but something stopped him and he regrets it to this day. So maybe we can go to that music store and see if it’s still there.”

While Hughes isn’t versed in what the phrase Bleeding Kansas refers to, the British musician feels some kind of kinship to the concept. He’s a fellow small-towner who comes from a place well-known for its violent past.

He says, “On the battlefield in Battle there’s a place called the bloody lake where they apparently threw all the bodies of the people there. Maybe if we suck or we die you can throw us in the river.”