When the sun goes down tonight in Kenya, there will be a little more light shining than there was a few months back.

Three hundred children will be walking around the village of Maai Mahiu with glow-in-the-dark crosses hanging from their necks, inscribed with the words “Jesus loves me.”

They were the gift of nurses and other employees of the Lawrence Surgery Center, who sent them along with Dr. Stephen Segebrecht when he went there on a medical mission trip last month.

Segebrecht’s primary goal was to treat ear, nose and throat ailments. But he was also there to spread the word about Christianity.

“It was because of my faith I was over there doing this,” Segebrecht said. “It really shows the difference people can make in a community.”

In making his first trip to Africa, the Lawrence physician joined thousands of health care professionals who travel abroad annually to treat patients who, in many cases, wouldn’t otherwise have access to high-quality health care.

Though some do it for purely humanistic reasons, many feel called by a higher power to serve those who are less fortunate around the world. 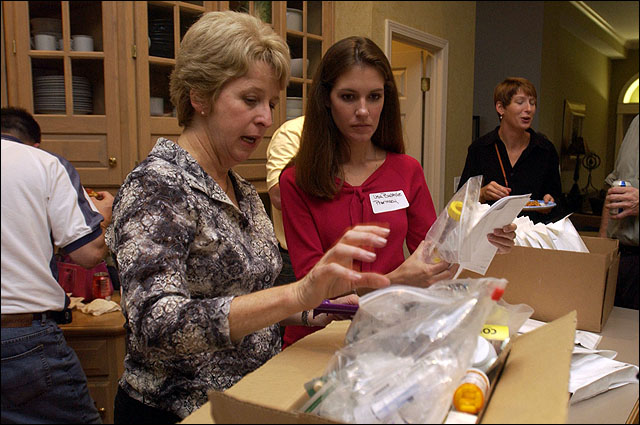 Lisa Buchholz, center, and Becky Hubbell pack medical supplies in preparation for a trip to Romania. Both will travel in early September with a group from the Medical Missionary Foundation to serve as pharmacists for children and families for a week. They are pictured at Hubbell's home in Leawood.

Segebrecht, a member of Trinity Episcopal Church, 1011 Vt., went to Kenya with Comfort the Children International, a Christian ministry co-founded by Kansas University graduate Zane Wilemon. The group centers its efforts on Maai Mahiu and works with a medical clinic, orphanage and technical school there.

While in the town, Segebrecht saw nearly 300 patients, many of whom were HIV-positive.

In addition to working in the clinic from 9 a.m. to 7 p.m., he helped plan a library for the orphanage, to be spearheaded with $600 in donations from staff at the Lawrence Surgery Center, 1112 W. Sixth St., where he has his office.

Carole Woolfolk, clinic coordinator at the Surgery Center, helped organize the donations, which also included medical supplies. Woolfolk, who has volunteered for medical mission trips twice in Haiti, said it makes sense to include a faith component alongside physical healing. 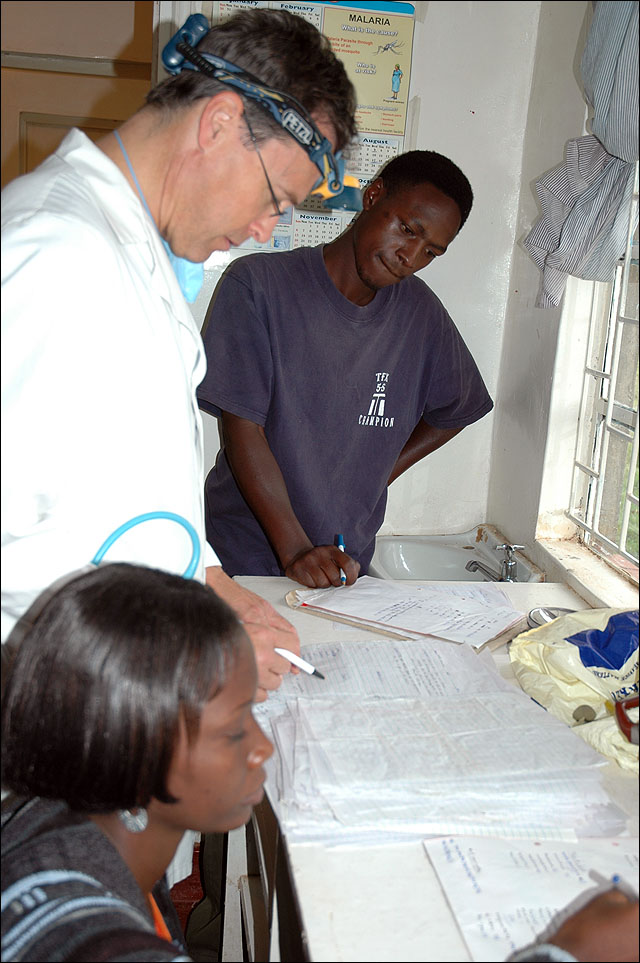 Stephen Segebrecht, a Lawrence ear-nose-throat doctor, center, talks with other missionaries during a recent medical mission trip to Kenya. Segebrecht saw nearly 300 patients during his trip, which was in July.

Segebrecht told this story about the power of faith-based medical missions: A few years ago, Wilemon, the founder of Comfort the Children International, served as a counselor to a despondent young man. When Segebrecht was in Kenya, that man – now a seminary student – preached at a church there.

“To me, that is a tremendous ripple effect,” he said.

Faith also will send Lisa Buchholz to Romania next month.

Buchholz, a sixth-year pharmacy student at KU, will be one of about 70 people affiliated with the Leawood-based Medical Missions Foundation who will treat patients at clinics in the cities of Botosani and Dorohoi. The group leaves Sept. 9 and returns Sept. 19.

“It just stems from my past mission trip experiences (in the United States) and what I got out of it myself,” said Buchholz, who is Presbyterian. “It’s not something I’m going to focus on when I’m over there, taking my faith and teaching it. But as far as a motivating factor, it’s a big part of it.”

Buchholz will be in charge of dispensing drugs prescribed by the approximately 15 doctors who go on the trip. 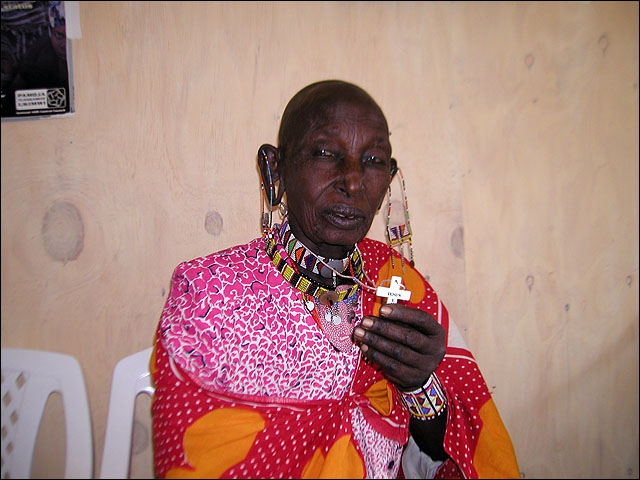 A Kenyan woman dressed in traditional clothing displays a glow-in-the-dark plastic cross given to her by Dr. Stephen Segebrecht of Lawrence during a recent mission trip there. Employees of the Lawrence Surgery Center, 1112 W. Sixth St., donated 300 crosses to send with Segebrecht on the trip.

The Medical Missions Foundation, which makes four mission trips a year, receives its funding from donors and uses supplies and pharmaceuticals contributed by health care professionals and drug companies.

“Our volunteers come from all different religious backgrounds,” said Shari Hartbauer, director of operations. “It’s a valuable experience for the volunteers as well as for the people who receive the medicine from us. Any volunteer in that situation will get a lot back from helping others.”

David McKinney, a local photographer and graphic designer for KU, said he appreciates that approach. He’ll be going on the trip to take photos documenting the work being done.

“They can make of it what they like,” he said. “It may be fulfilling somebody’s religious and spiritual understanding of the world. These professionals have a job to do, and they’re compelled and feel they have a responsibility to help people. They’ve taken a Hippocratic oath, and they’re living out that oath.”