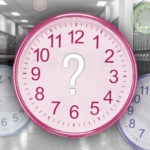 Yes, teenagers may stay up late tapping away at touch screens, and they may doze off during their first classes — but there’s a scientific explanation for it.

“I think sometimes people have the perception, ‘Well, these are just lazy teenagers,’ but no, they’re not,” said Lawrence school board member Rick Ingram. “They’re doing what their body, their internal clock is telling them to do.”

Ingram is a professor of psychology at the University of Kansas. He’s been pushing the school board to change high school start times since 2015, based on scientific research that shows health benefits for teenagers.

A 2014 recommendation from the American Academy of Pediatrics states that middle and high schools “should aim for a starting time of no earlier than 8:30 a.m.”

“Circadian rhythms do tend to shift (in adolescence), and it has to do with the production of melatonin and cortisol,” he said. “… That will shift once brain development is pretty complete, which is early 20s.”

The AAP agrees: “From a biological perspective, at about the time of pubertal onset, most adolescents begin to experience a sleep-wake ‘phase delay’ (later sleep onset and wake times)” of up to two hours from middle childhood, the 2014 recommendation reads.

Concerns about kids not getting enough sleep go beyond skipped breakfasts, grumpy mornings and even academic performance, recent research shows.

An analysis of more than 67,000 Youth Risk Behavior Surveys, published in December in JAMA Pediatrics, says that kids who don’t get eight hours of sleep — or more than 70 percent of kids in America — show “significantly increased odds of reported unsafe behaviors.”

• Using drugs such as cocaine, inhalants, heroin, methamphetamine and others (2.34).

• Seriously considering suicide or making a plan about how to attempt suicide (3.12 and 3.17, respectively).

The AAP also states that adolescents are at a greater risk of drowsy driving-related crashes as a result of insufficient sleep, and that risks of heart disease and Type 2 diabetes increase with chronic sleep restriction.

But would the change in school start time really mean kids would sleep more, rather than just go to bed later? Research says yes to that question as well.

The Seattle school district delayed start times from 7:50 to 8:45 a.m. beginning in the 2016-17 academic year. A research article published Dec. 12 in Science Advances examined students in that district and found that their median daily sleep duration lengthened from six hours and 50 minutes to seven hours and 24 minutes — more than half an hour of extra sleep.

It also found the students achieved 4.5 percent higher grades. The study notes that it is harder to attribute causality for that improvement; “nevertheless, it is certainly reasonable that students who are better rested and more alert should display better academic performance.”

The AAP recommendation also concurs, citing more examples of districts around the country and stating that “a number of studies have now clearly demonstrated that delaying school start times not only results in a substantive increase in average sleep duration but also has a significant positive effect on a variety of key outcomes,” including better attendance, continuous enrollment and less daytime sleepiness.

How exactly the start times in local schools will change is still to be determined, but it does seem likely to move forward. Most school board members indicated support for the change at their Jan. 14 meeting.

Ingram noted that surveys the district conducted of parents, students and staff showed that a majority of respondents, except for the staff group, preferred one of two later start time options — 8:30 or 9 a.m. He likes 8:45.

“(8:45 could) be a good compromise between those two points and would get kids some additional sleep, also,” he said.

The survey also included comments from many respondents. Ingram said several students reported struggling to stay awake in their early classes. Some teachers see it, too.

“There’s a comment from one teacher that basically said, ‘I spend my first period just trying to keep kids awake,'” Ingram said. “That’s not helpful for those kids.”

The Lawrence school board on Monday will vote on whether to create the High School Start Time Implementation Committee, which would develop a plan to change the first bell from 8:05 a.m. to a later time that has yet to be decided. The board meets at 7 p.m. Monday at district offices, 110 McDonald Drive.