Dr. Scott Hickman has traveled the world helping people see, and now he has a new idea to help those in need in the town where he was born and raised.

Hickman, an ophthalmologist, is hoping to start a trend in his profession, both locally and nationally. He’s set aside Thursday, Oct. 11, to provide a free eye clinic to the uninsured in Douglas County. 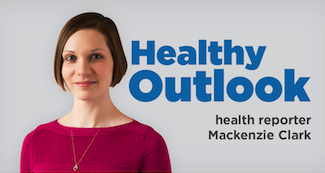 The Journal-World reported on his ventures back in 2015 after he had returned from a 10-day volunteer trip to the Democratic Republic of the Congo, where he performed cataract surgeries to help restore sight to more than 100 patients. He’s also put his skills to use in Haiti, Ghana, Kenya, India and the Dominican Republic.

During that Congo trip, Hickman met Randal Avolio, the president and CEO of SEE (Surgical Eye Expeditions) International. Hickman is now the medical director of that organization, which bring medical volunteers and partners together to provide eye surgeries to those in need around the world, according to its website, seeintl.org.

However, “I really felt like I needed to know more to be a good medical director for them,” Hickman said. So he, his wife, Aya, and their three children uprooted their lives for a year so the doctor could complete a master’s degree in public health for eye care at the London School of Hygiene and Tropical Medicine.

The family was immersed in English culture. The kiddos even retained their accents for a while after they returned last fall (“It was really, really cute,” Hickman said), and the couple has “gotten a little crazy” about English tea, stuffing their luggage full of it — but Hickman brought an idea home, as well.

The second Thursday of every October is World Sight Day, and its goal is to “focus global attention on blindness and vision impairment,” according to the International Agency for the Prevention of Blindness (IAPB). In London, Hickman said, the World Health Organization coordinates efforts that day to raise awareness of blindness around the world.

Cataracts cause the lens inside the eye to get cloudy, and they are the leading cause of preventable blindness, Hickman said. Worldwide, roughly 13 million people are blind in both eyes because of cataracts — but a 15-minute surgery can fix that.

“I wouldn’t say cataract surgery is a simple surgery, but it’s a surgery that can restore someone’s sight back very quickly and very cheaply,” Hickman said. “So they want to draw attention to the people who are blind and don’t have access to surgery.”

Hickman said that last year, SEE provided 26,000 surgeries overseas in 46 countries — but it doesn’t neglect its own backyard.

Just this past week, Hickman moved his practice, Ad Astra Eye, back to Lawrence from Lenexa. The new location is 1429 Oread West Drive, Suite 110A — just northwest of Bob Billings Parkway and Wakarusa Drive.

SEE International focuses its efforts at home, too. He said the Santa Barbara, Calif.-based organization does a lot of vision care in that area.

“SEE’s been kind of encouraging me to replicate what they do out in Santa Barbara, so I thought I’d give it a shot this year,” he said.

He hopes the free clinic at his new office on World Sight Day will inspire the other U.S.-based medical volunteers for SEE to follow his lead.

“There are 600 doctors that volunteer for SEE International, total, and so I’m hoping if I can get it to be successful, then other doctors would see, and other parts of the country will do it as well,” he said.

In addition to the intercontinental inspiration, the idea has roots in the LMH Health Fair. Hickman and several other Lawrence eye doctors give free vision screenings at the annual event — to the extent they’re able.

“I wanted to do (exams) a little bit more in-depth, and to do that, you have to have the fancy equipment in our office,” he said.

Hickman said to his knowledge, no other Lawrence practitioners have similar plans for the awareness day this year, but he’s hoping to start a trend.

“If we could get just a couple of people once a year to give a couple spots, half a day, a whole day clinic, I think that would be a nice thing to do,” he said of his colleagues.

Spots are filling quickly, but Hickman is hoping to bring 20 to 25 uninsured Douglas County residents into his clinic on Thursday, Oct. 11. Call the Ad Astra Eye office at 785-424-8805 and mention World Sight Day.

In addition to gathering a history and addressing any pressing concerns, appointments will be standard: “Typically, we do testing of the pupils and the muscles of the eye, the visual fields, check you for glasses, and look at the front part of the eye, and potentially dilate the eye with drops to look into the back,” Hickman said.

Cataracts tend to come naturally with age, Hickman said; there’s not much that can be done to prevent them. That means as populations grow and more people are living longer, the numbers of people blinded by them will continue to rise.

The correlation isn’t strong, but some studies have shown that eating a lot of green, leafy vegetables may help prevent cataracts. Wearing sunglasses that protect your eyes from the sun’s ultraviolet rays might also help, Hickman said.

On the other hand, Hickman said trauma to the eyes, steroids and radiation can cause cataracts to develop more quickly. He strongly encourages people to wear protective eyewear for activities such as cutting the grass or using a weed whacker, grinding metal or hammering metal into metal. Any foreign objects getting into the eye “can be devastating,” Hickman said.

One early intervention that seems promising is for kids to spend an hour a day outside in the sunshine, Hickman said.

“It’s thought to reduce the development of myopia, or nearsightedness,” he said. “So I’m always taking my kids out into the backyard, away from their Legos and Pokemon.”

Something didn’t feel quite right in Irma Nieves-Torres’ left knee after weightlifting. She’d had surgery on ...

Mom and daughter share their love for working at LMH

Breast cancer patient thrilled with care she received at LMH

During summer break, you might expect to find high school students taking it easy. Not Topeka High quarterback ...