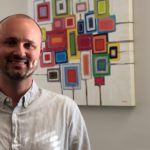 Imagine that you go get a haircut, with the agreement that the stylist will bill you for it. You walk out of the salon, turning heads on your merry way.

But when you get the bill a week later, it’s double or triple what you expected to pay, and the shampoo that you thought was included in the price of the haircut is tacked on as an extra charge. You obviously can’t return the haircut, and now you’re in trouble.

Fortunately, that’s not how that works. It would be simply ludicrous, and people would be outraged. So why is that the standard for health care?

It’s commonplace for people to seek medical care — even routine testing — thinking that it was covered, just to get a bill in the hundreds or thousands of dollars.

Dr. W. Ryan Neuhofel, a Lawrence family physician, has taken that guesswork out of his practice and his patients’ lives. He follows a model called direct primary care, or DPC, and since he opened NeuCare in 2011, it has allowed him to shift his focus back to his patients.

DPC functions as a membership. Patients pay a monthly fee that allows them to come in for office visits as needed, and many routine tests and common procedures are included. He does not deal with insurance.

“We’re able to do a lot of cool things because we’re not hassled and burdened by the whole insurance game that normal medical providers often have to play,” he said.

Among the included labs listed on NeuCare’s website, neucare.net, are rapid strep tests, urine dipstick tests, electrocardiograms (EKGs) and labs for cholesterol, blood counts and other such basics. Many other services are available, either included in membership or for an additional cost — generally about $20, but if you’re not sure, just ask and Neuhofel can tell you.

It’s easy to ask, because patients can also reach him directly on his cellphone. He doesn’t have an answering service, and he said people are still shocked when he answers the office phone, “NeuCare, this is Dr. ‘Neu’ …”

“If you’d rather have a doctor you can’t speak to, there are lots of them out there,” he said with a laugh.

Neuhofel said the DPC model allows his practice to add value in other ways — for instance, he offers patients many common generic medications at wholesale prices.

“Instead of nickel-and-diming people for every little thing they may need that comes up, we just bundle that all together in a monthly subscription,” Neuhofel said. “And the cool part is, that lets us be flexible in the way that we care for people. Instead of being so centered around office visits, we communicate remotely through text message and email and video chat with our patients.” 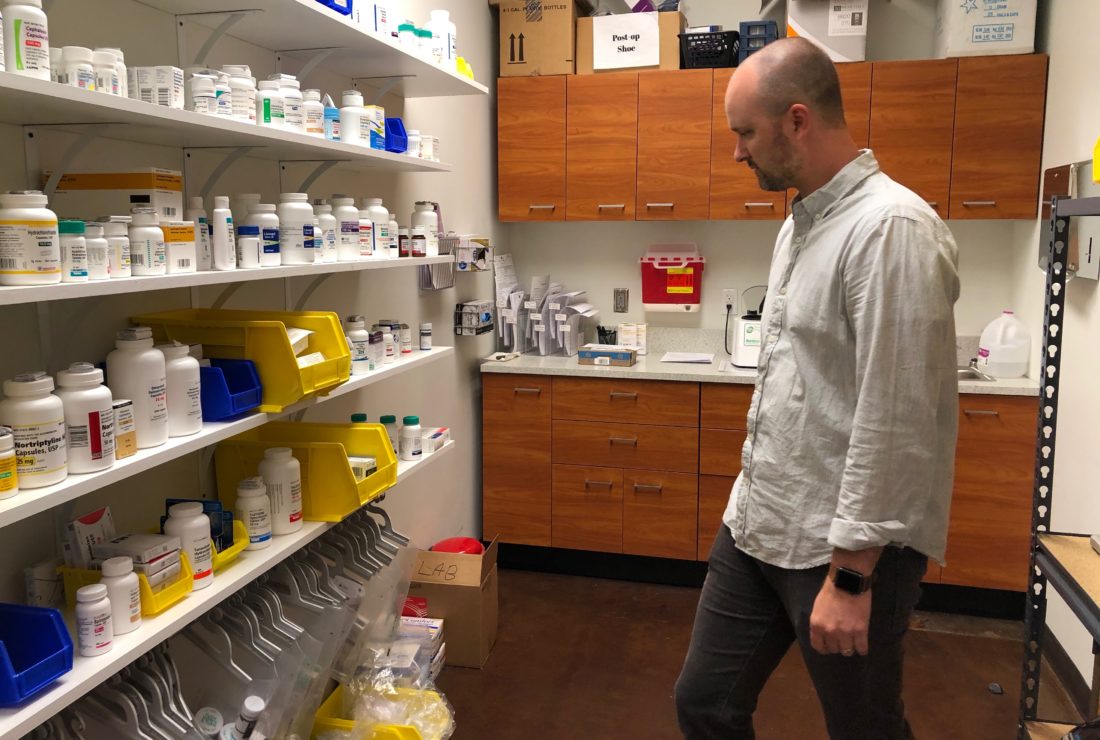 Not breaking the bank

While moonlighting in the ER, Neuhofel said, he’d often see patients who could’ve avoided the costly trip altogether if they’d just been able to reach their doctor by phone. The DPC model means he can answer those quick questions and save patients an unnecessary urgent care or emergency room visit.

Neuhofel said many patients don’t even think of their primary care physicians for things such as sutures or broken arms. Though he said many of them are fully capable of handling those needs, patients don’t seek those types of services from them because the earliest available appointments could be a week or two away.

The DPC model means Neuhofel can generally see patients within an hour or two, day or night, for those types of needs — and at significantly less cost.

An MRI can cost thousands of dollars through the insurance model.

He also uses an online network of specialists, called RubiconMD, that allows him to seek consults when needed. If patients do need to visit a specialist, there is a growing network of providers who will work with DPC patients in a similar, pay-upfront fashion.

“What most people don’t realize is that there’s kind of an alternate economy that has formed,” he said. “It’s not just me.”

Why bother with insurance?

Neuhofel still recommends patients have some form of insurance in the event that they need hospitalization or major surgery, for example. Although he noted that insurance still doesn’t quite guarantee patients won’t face medical bankruptcy in such an event, he said it is important in some catastrophic situations.

However, he said his patients run the gamut — many have no insurance at all; others have some of the best plans available. He said many also fall into the “Medicaid gap” — the uninsured who make too much money to qualify for Medicaid but also don’t qualify for subsidies that are supposed to make insurance affordable.

Neuhofel said he has somewhere in the neighborhood of 600 patients. He said the average, though, is about 2,000 patients per provider.

“I love spending 45 minutes or an hour with patients,” he said. “If I took many more patients, I probably wouldn’t be able to do that — it would kind of defeat the whole purpose of what I’m doing.” 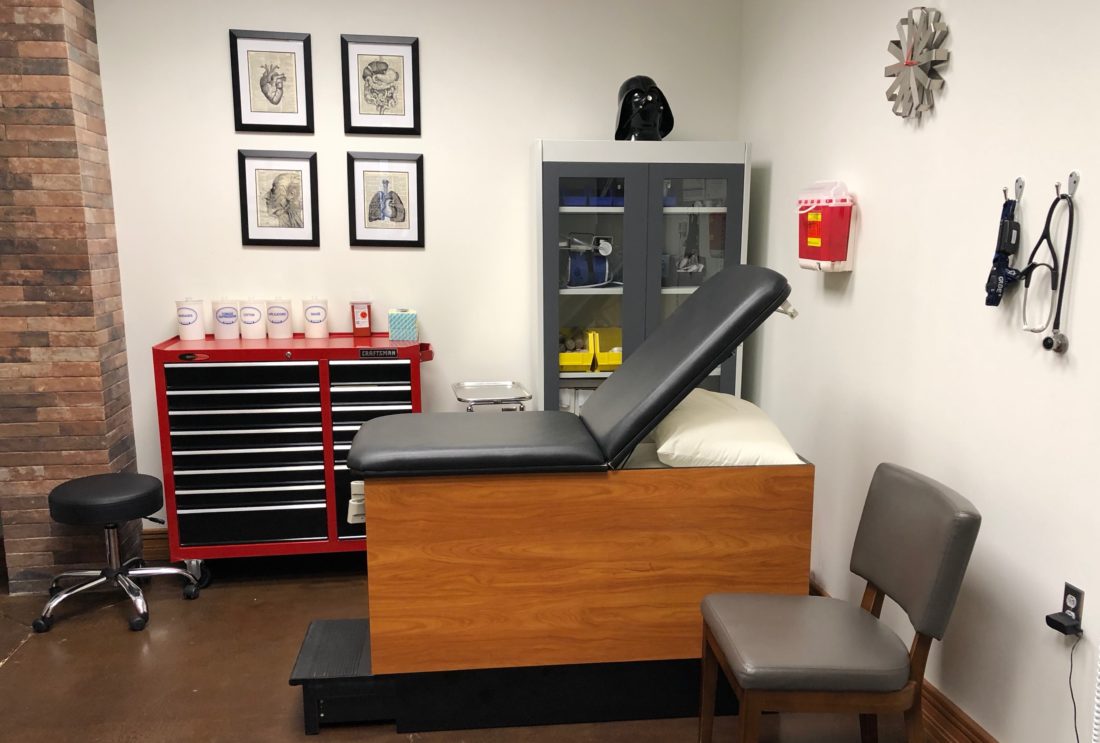 Because he doesn’t have to see dozens of patients a day to make ends meet, he can avoid the assembly line-style, five-minute appointments (and likely the barrels of exam room hand sanitizer other practices must consume each week) necessary for typical practices to break even.

“The system’s broke, both for patients and for doctors,” Neuhofel said. “This is just one way that I think doctors and patients can kind of separate ourselves from that madness and create a relationship and a system that makes sense outside of all the other junk that is screwed up in our system.”

There are probably kids today who have no idea what a “house call” is. Perhaps they assume it’s something people used to get when landlines were prolific. Neuhofel, though, does offer members that service for an added fee.

Neuhofel said it’s difficult to start any business from the ground up. That’s been the major challenge of founding NeuCare, running it and making it viable.

“But from a doctor’s perspective, it’s amazing and wonderful,” he said. “We get to develop better relationships with our patients. We can be transparent with them in terms of what stuff costs.

“It allows us to focus on patients rather than paperwork.”

Roots of a new movement

Neuhofel said that in 2011, he was one of about a dozen doctors in the United States whose practices fit the current model of direct primary care. The concept has gained a lot of steam and has grown quickly.

A recent survey by the American Academy of Family Physicians found that 41 percent of its members would be interested in transitioning to this model, and 3 percent were already in the process.

At this point, though, the practitioners are functioning more as teammates than as competitors.

“We’re all so small and fighting a system that’s so big,” he said. “… We’re all fighting for the same thing, and there’s plenty of patients to go around.”

Neuhofel is not currently accepting new patients, but Jessica Love, a family nurse practitioner at NeuCare, is. NeuCare moved last year into its current location, which is larger and will allow space to add practitioners in the future, Neuhofel said.

There is one more business offering direct primary care in Lawrence: Accomplished Health and Wellness, at 543 Lawrence Ave., Suite D, near Dillons.

Dr. Jennifer Smith could not be reached for comment for this article, but the office’s website is accomplishedhealth.com. It lists a similar breakdown of prices, plans and services that are included in membership. Smith also runs a blog with videos on the website. For more information, the office can be reached at 785-200-3535.

LMH Health is changing its hospital and clinic billing systems to bring greater ease to patients and their families ...