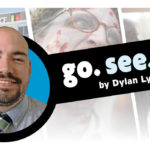 Left to right: Theatre Lawrence, the Zombie Walk and the Lawrence ArtWalk.

As a newspaperman myself, I definitely don’t mind when the arts express the importance of the freedom of the press.

Along with that First Amendment provision is the freedom of expression, which Theatre Lawrence will take advantage of in an upcoming one-night performance of an adaptation of the Sinclair Lewis novel “It Can’t Happen Here.”

The performance is 7:30 p.m. Wednesday at the theater. Tickets are $5, and the bar will be open.

“It Can’t Happen Here” is a darkly satirical story about the fragility of democracy, the rise of fascism and the importance of a free press, Theatre Lawrence Executive Director Mary Doveton said. The performance is a reading and will not include many costumes or props, but Doveton said it will still be a fun and interesting show.

“The show will be done on the main stage with big projections, sound effects and some invited audience participation,” Doveton said. “The actors will be carrying scripts, and several will play multiple roles.”

Doveton said the theater chose to perform the piece because the subject matter ties into current political events.

“Although the story was written in 1935, it is surprisingly timely given the discussions both in this country and around the world about the importance of a free press,” Doveton said.

Here’s what else you can go, see and do this coming week: 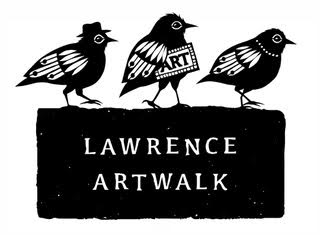 The new logo for the Lawrence ArtWalk

For the 23rd year running, the Lawrence ArtWalk will celebrate the community’s visual art.

Similarly to the community’s Final Friday events, art will be on display throughout town and people can pop in and view it whenever they feel like it. But the events are not related, and the ArtWalk was moved this year to the second weekend of October to separate the two events.

Hence the list of new things for the ArtWalk this year: a new time, a new logo and new artists.

The new logo, designed by local Lawrence artist Angie Pickman, was created to update the ArtWalk image and be more inclusive, organizers said in a news release.

Those who are interested can find a map of all the exhibits on the Lawrence ArtWalk website, www.lawrenceartwalk.org. 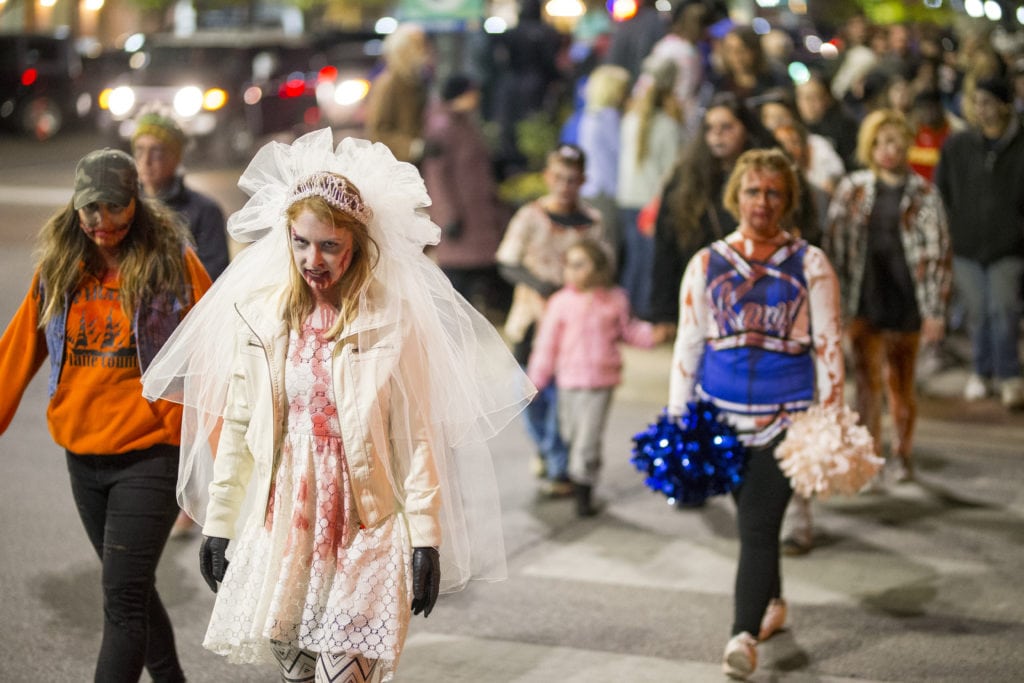 Speaking of annual Lawrence traditions, what’s more fun than dressing up with ripped clothes and fake blood in the name of honoring the spooky time of the year?

Yes, it’s time for the 12th annual Lawrence Zombie Walk, which is 5:30 p.m. Thursday in downtown Lawrence. Participants will meet at South Park and walk north down Massachusetts Street.

Those interested can either dress up and join the fun or just hang out downtown and enjoy watching the horde pass by.

I doubt I will participate as a zombie this year, but if anyone wants to lend me some makeup for my planned Halloween costume as Uncle Fester from “The Addams Family,” I would appreciate it. 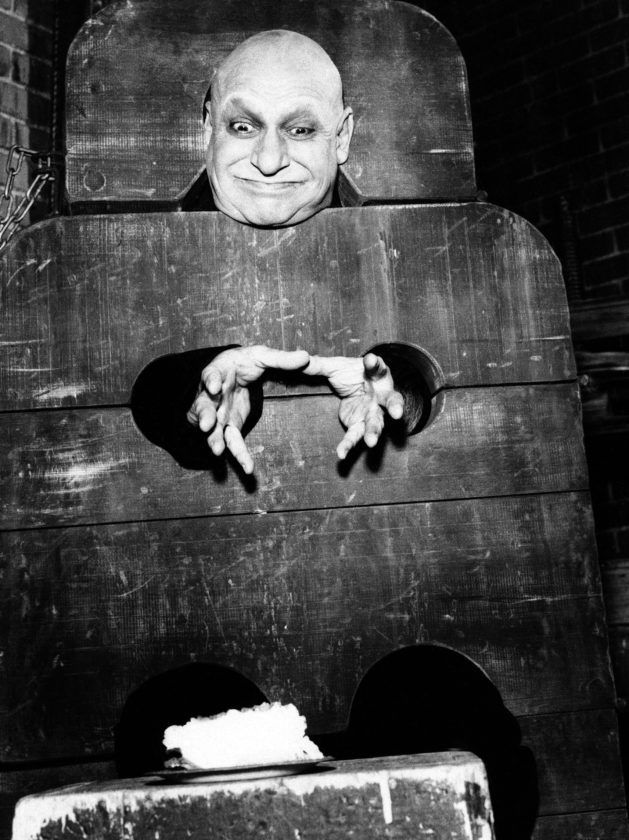 In this file photo from Dec. 10, 1965, the character of Uncle Fester, played by Jackie Coogan, is pictured from the television show “The Addams Family.” (AP Photo)

“The Phantom of the Opera” concert and screening

The Lawrence Community Orchestra will also get in on the spooky fun this weekend with a concert that’s a little out of the ordinary.

That’s because the orchestra will be accompanying a screening of the 1925 silent film “The Phantom of the Opera,” said Alison Watkins, LCO board president.

“The orchestra will play the ‘soundtrack’ as the movie plays,” Watkins said in an email. “It’s the music that was added to the ‘sound’ version of the film a few years after the movie was originally released.”

The event is 7 p.m. Saturday at the Lawrence Arts Center. Tickets are $15.

“This is the third time we’ve presented a silent film, and the diverse audience has a lot of fun reacting to the action on screen,” Watkins said. “We’ve enjoyed exposing this film genre to a younger audience.” 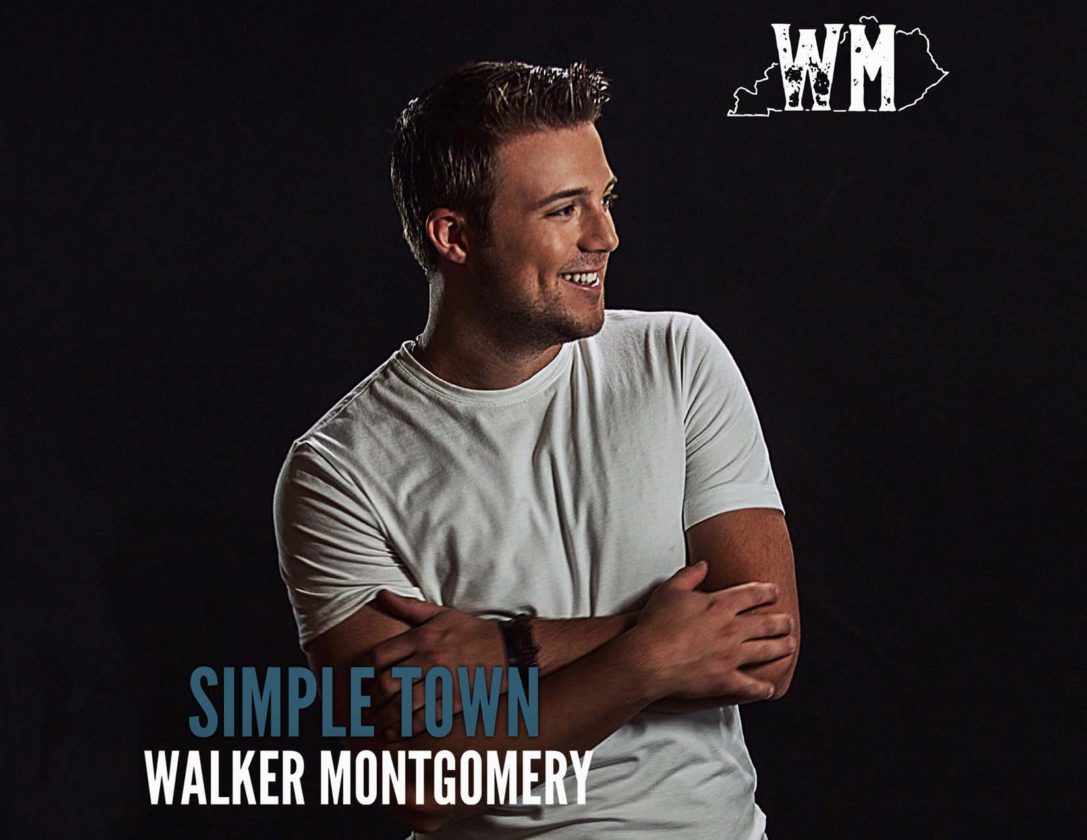 If you head down to Baldwin City this weekend, you can hear some country tunes and support a good cause at the same time.

Country singer Walker Montgomery, who is the son of country music singer John Michael Montgomery and the nephew of Eddie Montgomery of the country music band Montgomery Gentry, will be performing an outdoor show at 6 p.m. Saturday in the 700 block of High Street.

Tickets are $15 in advance and $20 at the door. The event also includes a beer and wine garden.

All proceeds from ticket sales benefit Baldwin City’s food pantry, Meals on Wheels for local seniors and a local emergency fund, according to a news release.

The city has held downtown concerts before, but with Montgomery’s stature in country music, this one is a special occasion, Baldwin City Mayor Casey Simoneau told me Thursday afternoon.

“I’m hoping it becomes an annual event,” he said. “I hope people come out and enjoy country music and help our local organizations.”

— Do you have an event you’d like to share with us? Please email Dylan Lysen with information of your event at dlysen@ljworld.com. Submitting information does not guarantee it will be included in future articles.