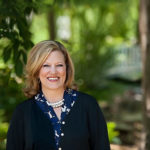 A statewide elected official earned the University of Kansas School of Pharmacy’s highest honor, the university announced on Wednesday.

Vicki Schmidt, the Kansas insurance commissioner, was awarded the school’s Distinguished Service Award, which aims to honor individuals who have demonstrated selfless and sustained service and leadership in the advancement of the pharmacy profession, their communities and KU’s School of Pharmacy, according to a KU news release.

Schmidt, a 1978 graduate of the School of Pharmacy, was elected to her position during the 2018 election. She previously served in the Kansas Senate from 2005 until this January, when she moved to the insurance commissioner role. She also served as the assistant majority leader for the Senate Republicans from 2009 to 2012.

The school will honor Schmidt because of her work in the Kansas Senate, where she helped secure funding for the School of Pharmacy building in 2010 and helped expand the pharmacy program to Wichita in 2011. Additionally, she provided insight into the state’s shortage of pharmacists in rural areas.

“Vicki Schmidt has been a tireless supporter of education and the pharmacy profession throughout her career,” said School of Pharmacy Dean Ken Audus. “The advocacy she has provided for the school, the university and education in general will improve the lives of Kansans for generations to come.”